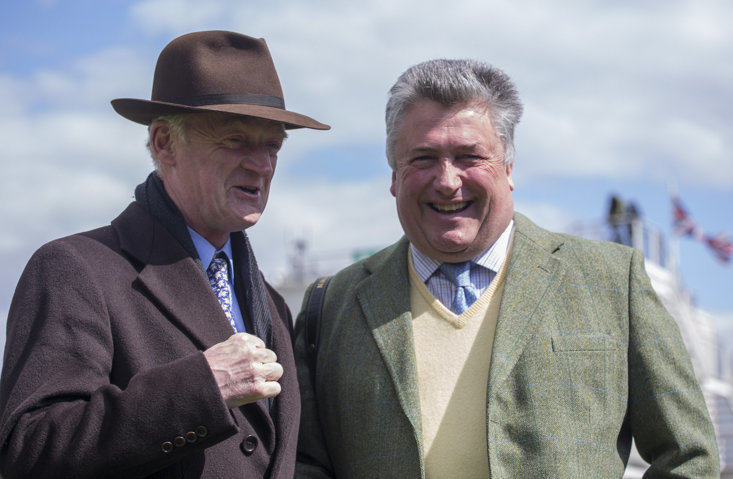 Chris Baker provides his Cheltenham Festival Day 2 Tips which include picks in the Coral Cup and Grand Annual Handicap Chase...

I have little interest in today’s Cross Country Chase and cannot see beyond the well fancied market leaders in the Ballymore (Bob Olinger), Brown Advisory Novices’ Chase (Monkfish), Champion Chase (Chacun Pour Soi) and Champion Bumper (Kilcruit and Sir Gerhard). I have therefore focussed my attention on the two big-field handicaps, for which I have picked out a total of six bets (4 points staked).

GRAND ROI (1 point win bet at 6/1) ended last season with a fourth-place finish in a Listed bumper here at Cheltenham (beaten by just ¾-length) before consecutive victories in maiden / juvenile hurdles by a combined distance of 20-lengths. He subsequently left Nicky Henderson for Ireland but has continued his progressive form this term with an 8-length win at Limerick (Grade 2) preceding a second at Naas last time out. The step up to 2m5f will be in his favour.

The step up to 2m5f should also really suit GUARD YOUR DREAMS (0.5 point win bet at 12/1), who finished strongly to take sixth in the Betfair Hurdle last time out. He made an impressive hurdling debut at Bangor in September before disappointing there next time out. He then bounced back to form with an authoritative 10-length victory back at the Welsh course three starts back and stepped up in class to land a competitive Sandown handicap in January. He remains open to plenty more improvement and should go well.

CRAIGNEICHE (0.5 point win bet at 10/1) is clearly held in high regard by connections and is a fascinating contender having demolished a decent field at Ascot 53 days ago. That step up to Grade 3 company came on just his third start over hurdles/seasonal reappearance and given that he possesses plenty of stamina, the return to 2m5f will suit. Having won a Market Rasen bumper in commanding style first time out, he then finished third behind The Big Breakaway before winning a maiden hurdle at Doncaster by a comfortable 3.25-lengths. The Big Breakaway went on to frank the form by finishing fourth at last year’s Festival, and he was placed in the Grade 1 Kauto Star Novices’ Chase.

At a big price and off a low weight, WITNESS PROTECTION (0.5 point win bet at 25/1) is my final selection for this ultra-competitive handicap hurdle. Martin Keighley’s runner has done little wrong in novice hurdles and can outrun his odds now up in class.

The unexpected rain on Sunday night will help the Venetia Williams-trained IBLEO (1 point win bet at 12/1), who arrives here in tremendous form having won his last two races. Ideally, he’d prefer more rain, so he will have to prove his effectiveness on a slightly quicker surface. However, his seven races over fences to date have produced impressive form figures of 1122211 with one of those runs coming here at Cheltenham. He was beaten by just under four-lengths that day but stayed on nicely up the hill to chase home Sky Pirate, who was very well-handicapped at the time.

I also like the Paul Nicholls-trained ASHUTOR (0.5 point win bet at 25/1) at a big price. This prominent racer won a couple of handicaps last summer by a combined distance of 24-lengths before understandably finding things tougher the last twice. He gets in off just 10-7 here though and with proven stamina over further, could be hard to peg back on the run to the line. He should also have come on for his recent return to action at Fontwell, where he finished second to a well fancied favourite.

#AD New UK customers (Excluding NI) mobile only. £30 in FREE Bets (FB) as £20 in sports bets & a £10 casino bonus (CB). Min stake £10. Min odds Evs. FB applied on 1st settlement of any qualifying bet. FB 7 day expiry. 1 FB offer per customer, household & IP address only. Payment restrictions. 14 days to accept £10 CB, then active for 3 days. CB 5x wagering & max redeemable £100. Game restrictions apply. Cashed out/Free Bets won’t apply. 30 days to qualify. 18+. T&Cs apply
get offer
Bet £10 get £30 in Free Bets
#AD New customers on mobile only. 7 days to claim and stake £10 minimum bet at odds of 1.5 or greater to qualify. Free, void, cashed out or partially cashed out bets do not qualify. Max 3x £10 free bets credited on bet settlement. Free bets must be used on 4 or more selections with selection odds of 1.3 or greater. Free bets are non-withdrawable, and stake not returned with winnings. 7 day expiry. 18+BeGambleAware.org. T&Cs apply.
Double the odds, any sport, any bet, any odds!
#AD 18+ begambleaware.org Only valid for new registrations to Grosvenor Existing members do not qualify, Bet must be placed using real money in combination with the Odds Boost Token, Offer applies to Sport bets only. Max stake is £10. Each way bets are a maximum of £5 each way (£10 total). Customers have 60 days after registration to use the Odds Boost token. T&Cs apply.
Bet £20 & Get it Back As CASH If It Loses
#AD New customers only. Place your FIRST bet on any Horse Racing market and if it loses we will refund your stake in CASH. Max refund for this offer is £20. Only deposits made using cards will qualify for this promotion. T&Cs apply.
Welcome Offer
#AD Bet £10 & Get £50 in Free Bets for new customers at bet365. Min deposit requirement. Free Bets are paid as Bet Credits and are available for use upon settlement of bets to value of qualifying deposit. Min odds, bet and payment method exclusions apply. Returns exclude Bet Credits stake. Time limits and T&Cs apply. The bonus code SPTS365 can be used during registration, but does not change the offer amount in any way.
Bet £10 Get £30 In Free Bets
#AD 18+. Play Safe. New customers using Promo code R30 only, Min £10/€10 stake,  min odds 1/2, free bets paid as 3 x £10/€10, free bets credited after settlement of first qualifying bet, free bets will expire 30 days after the qualifying bet is placed, payment method/player/country restrictions apply.
Bet £20 & Get it Back As CASH If It Loses
#AD 18+ begambleaware.org Max £20 refund on first bet. Bet must be placed in first 7 days of account opening. Only deposits made via Debit Card will be eligible for the promotion. T&Cs apply.
Bet £10 Get £60 in Bonuses
#AD New UK customers only. Register using the promo code BETFRED60, deposit and place first bet of £10+ on Sports (cumulative Evens+) within 7 days of registration. First bet must be on Sports. £20 in Free Bets to be used on Sports, £10 in Free Bets to be used on Lotto and 50 Free Spins (20p per spin) credited within 48 hours of bet settlement. Further £20 in Free Bets credited 5 days after settlement. Bonuses have a 7-day expiry. Payment restrictions apply. SMS verification and/or Proof of I.D and address may be required. Full T&Cs apply.
Bet £10 Get £30 Free Bets (APP Only)
#AD New UK, IE & Malta customers only. 18+. Min £10/€10 first deposit using Debit Card or Trustly. Place a bet of £10 at min odds of 1.5. Free bets expire in 90 days. Full T&Cs apply.
Bet £10 Get £30 Free Bets + £10 Casino Bonus
#AD Minimum deposit of £10 using deposit code 30F - A qualifying bet is a ‘real money’ stake of at least £10 placed on any sports market - Minimum odds of 1/2 (1.5) - Free bets credited upon qualifying bet settlement and expire after 7 days - Free bet stakes not included in returns - Casino Bonus must be claimed within 7 days • To withdraw bonus/related wins, wager bonus amount x40 within 14 days • Wagering req. vary by game • Withdrawal restrictions and Full T&C’s apply. 18+ begambleaware.org
Bet £10 Get £30 Free Bets
#AD Offer includes a free £1 Race Index spread bet to try out our exciting 50-25-10 race markets. Place a £10 fixed odds bet at minimum odds of 1/2. Get 2 x £10 free fixed odds bets + 2 x £5 free Winning Favourites spread bets. Bet with live streaming on all racing and greyhounds! Ts&Cs Apply. 18+ begambleaware.org
£35 Free Bet + 10 Free Spins
If your account has Sportsbook losses at the end of your first day's betting, QuinnBet will refund 50% of your losses as a Free Bet up to £35 (min 3 bets) Plus 10 Free Spins. Even if your account is up, you're guaranteed a £5 Free Bet Plus 10 Free Spins provided you place at least 1 bet of £10 or greater at the minimum odds. T&Cs apply | 18+ New UK Customers Only | BeGambleAware.org
50% Up To £50 Welcome Bonus
#AD 18+ begambleaware.org; New bettors get 50% of deposit up to £50; Once per household; Min deposit £15 (no Skrill/Neteller); Wager a total of 8 times deposit + bonus, with max qualifying bet stake equal to your initial bonus amount; Bonus expires after 60 days; Min odds of 4/5 on singles, or 2/5 per leg for acca; Some bet types excluded; See full terms.
Latest racing results
Newcastle
18:15
Full Result
1stPockley
5/2F
2ndNoisy Night
4/1
3rdBellagio Man
10/1
Dundalk
18:00
Full Result
1stYerwanthere
10/1
2ndPierre Lapin
7/1
3rdMiss Mirabell
25/1
Newcastle
17:45
Full Result
1stFine Wine
9/1
2ndExalted Angel
14/1
3rdLogo Hunter
2/1
View All Today's Results