Cheltenham Festival Day 4 Tips: Six bets for Friday including one for Gold Cup 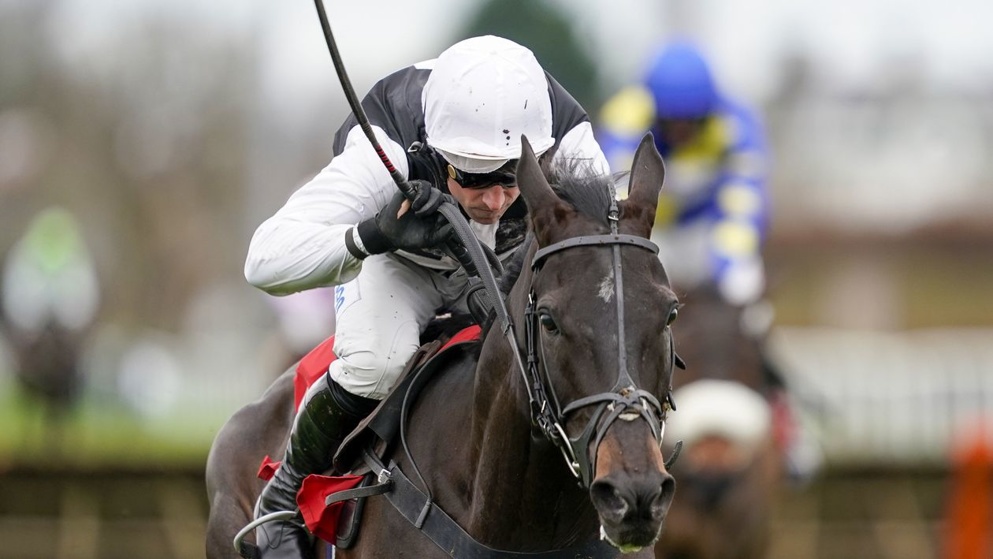 There are six bets for the final day of the Cheltenham Festival (4.5 points staked).

With three wins each, Willie Mullins and Dan Skelton have taken this race in each of the last six years and both look to have a strong chance of extending that impressive recent record. Skelton’s representative is THIRD TIME LUCKI (1 point win bet at 13/2), who is taken to bounce back from an odds on defeat at Musselburgh last time out, where a mistake at the last cost him his chance of winning. Prior to that, he had won three of his four starts in novice hurdles and was second in Grade 2 company on the other occasion. He has previous Festival form having finished fourth in last season’s Champion Bumper, and he should be well suited by these race conditions.

Mullins saddles five runners and I quite like the look of one towards the foot of the weights, CAPTAIN KANGAROO (0.5 point win bet at 33/1). After beating this week’s Champion Bumper runner up Kilcruit on his racecourse debut, he has been running consistently well in defeat on testing ground over the winter. However, his pedigree suggests that the sound surface he looks set to encounter today should suit him much better.

Two more at big prices that can go well are GOWEL ROAD (0.5 point win bet at 16/1), strong at the finish when winning his last two races by a combined distance of over ten lengths, and CAYD BOY (0.5 point win bet at 20/1), a lightly-raced, improving sort who should appreciate better ground and is the pick of jockey Mark Walsh.

The winner of one out of three bumpers in 2020, STATTLER (NAP - 1 point win bet at 4/1) has since made a good start to life over hurdles. Third on his hurdling debut / seasonal reappearance, he went on to easily win a maiden hurdle before being placed in Grade 1 company last time out. He went well from the front that day and looked the likely winner turning in before weakening close home in the testing conditions. The winner of that race franked the form by finishing second to Bob Olinger on Wednesday, so hopes are high that this representative of Willie Mullins and Paul Townend can show further improvement to record a top-level success of his own. Adrimel and Barbados Buck’s, both coming here following three consecutive victories, complete the shortlist.

Having tipped Minella Indo to win last year’s RSA Chase, I was mightily annoyed to see CHAMP (1 point win bet at 9/2) storm up the Cheltenham hill to record a victory from what looked an impossible position. I am switching my allegiance this year and siding with Nicky Henderson’s lightly raced but talented chaser.

Runner up in the 2019 Ballymore Novices’ Hurdle here, he went on to record a Grade 1 victory at Aintree before winning his first two chase starts the following November. He looked set to make it 3-3 over fences but fell two out when in a clear lead. His remarkable RSA win made up for that and confirmed him as a strong stayer.

He has had a wind operation and just one unorthodox prep run since last year’s success. It came in the Grade 2 Game Spirit Chase at Newbury 26 days ago, and although he could only finish second, it was a hugely pleasing effort given that it came over what, on paper, should have been a completely inadequate trip. However, Nico De Boinville’s mount proved that he has pace as well as stamina by cruising through the race and would possibly have won had it not been for a slight error at the last fence which cost him some momentum. His jumping will have to be at its very best today, but if he gets it right, he will be right there at the finish.

This looks a tremendous renewal of the Gold Cup and a strong case can be made for almost every declared runner. I have always been a huge fan of Santini but the drying ground could well ruin his chance. I am also an admirer of Frodon but he has to prove that he stays this far in top class company. Native River, the 2018 winner, looks overpriced while Al Boum Photo will have plenty of backers ahead of his bid to win the race for the third consecutive year.