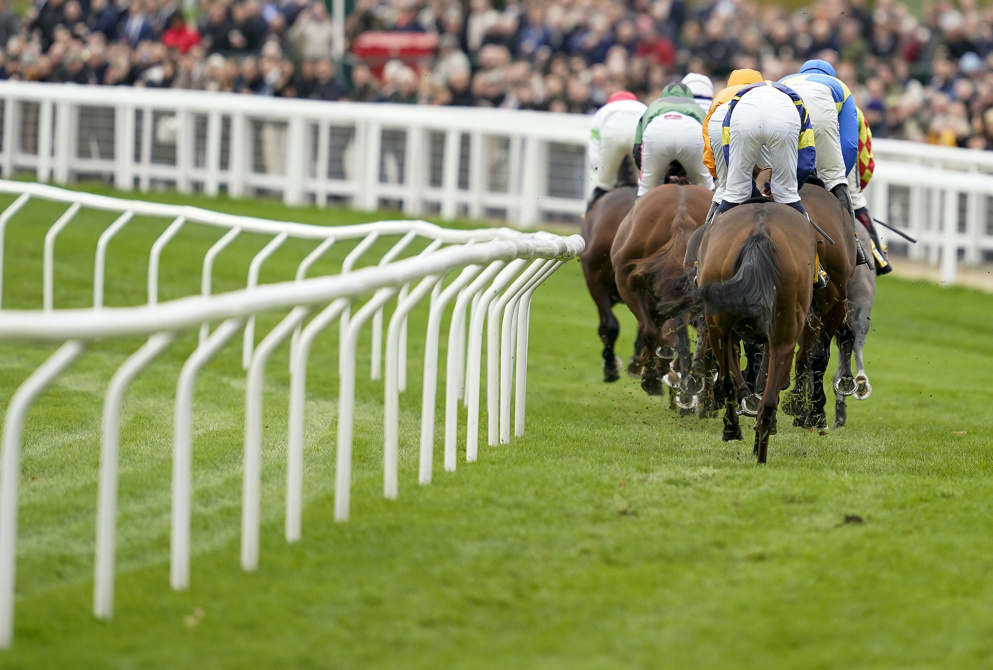 Our resident columnist Dan Overall is back with all his eye-catchers from the last seven days of racing, so take a look at them and you may get some notable Cheltenham Festival pointers...

Following a disappointing run in the Thyestes (in rear and never competitive), Smoking Gun was turned out quickly for this competitive rated chase.

Ridden with patience by Davy Russell, he began to make progress on the outside as the pace began to lift. He still had a few lengths to find approaching the last, but he stayed on resolutely to finish a never nearer third, just over a length behind the winner.

This was a welcome return to form and at the weights it was fine performance. Undoubtedly, this was a confidence boosting run with a view to future targets. Given that the British handicapper generously allocated him a mark of 138 back in January (the same as his Irish mark), the Kim Muir would appeal as a probable target given Gordon Elliott’s superb record in the race. The Irish Grand National is another possible option.

Flaming Ambition made a pleasing yet controversial debut that drew the ire of the stewards. Gary Hanmer was fined £4,000 for “schooling and conditioning the horse on the racecourse”, Flaming Ambition was suspended from running for 40 days while the seven-pound conditional rider, William Shanahan, was suspended for 18 days. While he certainly could have been ridden more aggressively, the stewards seem inconsistent in their application of the rules and to punish a young conditional for a ride on a horse making its rules debut (and one the trainer was satisfied with) seems harsh.

Flaming Ambition travelled strongly in rear, before finishing strongly into fourth without ever threatening the principles.

Given he is a point-to-point winner, out of a point winner who is a half sister to a couple of winners over intermediate & staying trips, improvement can be expected once stepped up in trip although I suspect we won’t see that until he tackles handicap company. Still, given the promise of his debut he could be a nice prospect for Gary Hanmer.

Third in the 2021 Fred Winter from a mark of 124, Elham Valley had been set some tough tasks in his first season in open company which can often prove challenging for last seasons juveniles.

Having dropped eleven pounds in the handicap in just three starts, he showed more spark on this occasion, owing to the drop in class and the application of cheekpieces for the first time. While he was nine lengths behind the winner, he kept on well suggesting that he will benefit from a step up in trip. Given this run and the fact that he was running over trips ranging from 1m2f-1m6f on the flat as a three-year-old, stepping up in trip would seem likely to bring out a bit of improvement and the handicapper has given him every chance of regaining the winning thread in the near future.

A competitive handicap in which two that enjoyed contrasting fortunes are worth noting.

Celebre D’Allen ran out a very impressive winner considering how the race unfolded. Ridden patiently, the race was controlled by those up with the pace throughout and despite the fact he was travelling well, it looked as though Celebre D’Allen was given too much to do given he didn’t have the cleanest of runs through. Although he only won by three-quarters of a length, it would be fair to suggest that he was value for much more than that and his narrow margin of victory may help limit the handicapper’s wrath. With that, he improved to three from three for Philip Hobbs, with his previous two victories coming over hurdles, and his high-class form in France suggests that his winning sequence may continue. He’s now one of the leading contenders for the Paddy Power Plate next month and while I wouldn’t be in a rush to oppose him, he will need plenty of luck in running if they ride him patiently again as that particular race often suits front runners.

Only beating one home was Lieutenant Rocco, who has endured a strange season thus far. It was initially reported that he would miss the entirety of this season and subsequently moved to Harriet Brown following a trainer/owner dispute. He pulled up quickly on his return and while this effort was still a way off his peak form from last season, there was some minor encouragement. I’m of the opinion that he is being brought along steadily with a view to a target down the line; perhaps that target is the Ultima Handicap Chase, a race he was a leading fancy for last season before being ruled out on the eve of the race. He’s one to monitor in the market in the coming months.