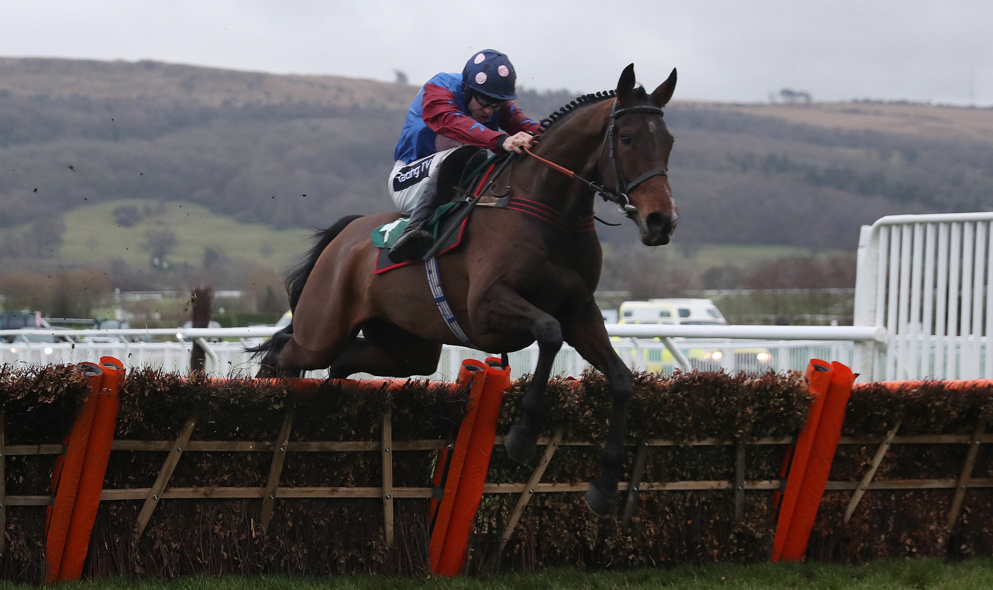 Steve Chambers takes an in-depth look at the Stayers' Hurdle betting ahead of the rescheduled Relkeel Hurdle at Kempton this weekend, and picks out those horses that have shaped like major contenders for the Festival...

Cheltenham's New Year's Day abandonment has forced the Relkeel Hurdle to switch to Kempton Park this weekend on a card that also hosts the Silviniaco Conti Chase and Lanzarote Hurdle, but the Grade 2 Relkeel will be one of the last notable trials for the Stayers' Hurdle. The three-mile Grade 1 staying showpiece on day three of the Cheltenham Festival will attract the premier staying hurdlers in training from the UK & Ireland, and Saturday's Relkeel could throw up another stand out challenger, with the likes of the Paul Nicholls-trained McFabulous, former Supreme Novices' Hurdle hero Summerville Boy and 2020 Martin Pipe winner Indefatigable all set to take their chance in the rescheduled Relkeel.

However, ahead of the weekend showpiece, we turn our attentions to the staying hurdling division, and after a busy December, which saw the main protagonists strut their stuff on the track, we assess the current market and pick out those horses that could be bidding for Stayers' Hurdle glory on March 18, 2021.

Paisley Park (3/1) and Thyme Hill (4/1) dominate the 2021 Stayers' Hurdle betting, and the pair have served up two epic battles this season with the duo winning one clash apiece. Third in last season's Albert Bartlett Novices' Hurdle, Thyme Hill managed to get the better of 2019 Stayers' Hurdle winner Paisley Park when they did battle in the Long Distance Hurdle at Newbury. Just getting the run on his main rival, Thyme Hill showed tremendous guts and determination to fend off a staying-on Paisley Park, who just failed in his bid to reel in the Philip Hobbs-trained class act in what was a sparkling duel at the Berkshire venue on Ladbrokes Trophy weekend.

We've become accustomed to see the elite horses avoid each other in mid-season races, but it was less than a month later we saw Thyme Hill and Paisley Park do battle again, as they lined up in the Grade 1 Long Walk Hurdle at Ascot. This time it was Paisley Park that prevailed in another epic clash, as Emma Lavelle's multiple Grade 1 winner stayed on dourly to fend off a gutsy Thyme Hill in another thriller. It turned into a similar contest as the Long Distance Hurdle with Thyme Hill pulling clear of Paisley Park, but Aidan Coleman was able to get a real tune out of his mount in the closing stages, and Paisley Park edged in front in the shadow of the post to deny the emerging talent, Thyme Hill, and Paisley Park's victory propelled back to the head of the Stayers' Hurdle betting.

In the aftermath of that Ascot classic it was hinted that the pair would clash for a third time in the Cleeve Hurdle at Cheltenham at the end of this month on Festival Trials Day, but subsequently Hobbs has suggested he may send Thyme Hill straight to the Festival now, so the trilogy will be set to take centre stage in the Stayers' Hurdle, where both Paisley Park and Thyme Hill will be the two to beat in what is a fascinating division.

However, away from that pair there are some really smart staying hurdlers that could potentially challenge for glory in mid-March, and the dual Pertemps Final winner Sire Du Berlais could spearhead the Irish challenge, as he has put up some decent efforts already this season. Kicking off the campaign with a comfortable half-a-length success in the Grade 2 Lismullen Hurdle at Navan, Sire Du Berlais then suffered his first defeat of the year in the Christmas Hurdle at Leopardstown, where he was beaten by Flooring Porter, who is as short as 12/1 for the Stayers. Around a 10/1 chance for the Stayers' Hurdle, Sire Du Berlais will enjoy the quicker ground at Cheltenham, as he struggled with the mud at Leopardstown last time out, and having won at the last two Cheltenham Festivals then the JP McManus-owned gelding has to be a major player.

Elliott will be going in search of a first Stayers' Hurdle success in March and not only will be saddling Sire Du Berlais, but Fury Road could add notable strength to the charge from Cullentra House. Last year's Albert Bartlett third cruised to a comfortable success in a Grade 2 at Punchestown in November, but like his stablemate Sire Du Berlais, Fury Road was behind Flooring Porter in the Christmas Hurdle at Leopardstown, so has form to turn around.

Saturday's Relkeel Hurdle should throw up some clues as Mcfabulous (20/1) was an eye-catching winner of the Persian War at Chepstow at the start of the season, but the Ditcheat raider was beaten by Thyme Hill and Paisley Park in the Long Distance Hurdle. Former Supreme winner Summerville Boy has become more of a stayer this season and Harry Fry's charge is 33/1 for the Stayers, but has the bit of class to make a stir, while Roksana (16/1) and Younevercall (33/1) finished third and fourth in the Long Walk and add depth to the betting.

2019 Mares' Hurdle winner Roksana could head down that route again, so it's tough to make an assessment of her Stayers' Hurdle chances, while Benie Des Dieux (12/1) is another classy mare that may take on her own sex at the Cheltenham Festival, but if she lines up in the Stayers then has to be respected.