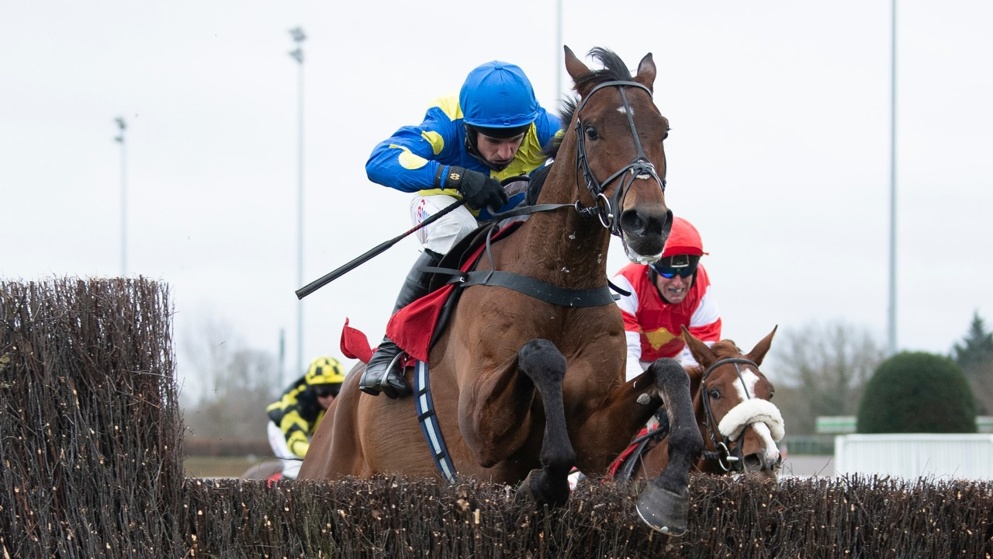 Dan Skelton has announced on Tuesday morning that Shan Blue will be aimed at the spring festivals, as the Grade 1 winner will be given time by his trainer to get over his crashing fall at Wetherby last season. The exciting seven-year-old had pulled well clear of his rivals in the Grade 2 Charlie Hall Chase, and had the race at his mercy, but a crashing fall at the third fence from home sent him and his jockey Harry Skelton into the Wetherby turf, which duly handed the race to Fusil Raffles.

He was destined for a crack at the Betfair Chase in a few weeks or the Ladbrokes Trophy at Newbury, as he looked to enhance his claims as a possible Cheltenham Gold Cup candidate, but Skelton took to Twitter today to inform National Hunt fans that Shan Blue would not be heading to Haydock Park at the end of the month, but will be primed for a crack at Cheltenham and Aintree.

Giving a positive assessment on the whole, Skelton was quick to acknowledge some soreness in the neck area of Shan Blue, but rather than try and rush him through his rehabilitation, he would rather give him a month off, and focus his attentions firmly on the marquee events in the spring.

An update on Shan Blue. You'll see him in the spring https://t.co/hSxi4tunbd

Despite falling, Shan Blue left a lasting impression, as he cruised clear of the likes of Cyrname and the aforementioned Fusil Raffles with a fine display of jumping, but an error up the home straight ruined his chances of glory, but there could be some notable prizes down the line for the exciting second season chaser.

He's still as big as 40/1 for the Cheltenham Gold Cup in the middle of March, with some questioning whether or not he would see out the extended three-and-a-quarter miles on an undulating Prestbury Park track, but his price for the Ryanair Chase a day earlier was cut significantly, and having been available at around 50/1 with some firms, Skelton's raider is now a 16/1 chance for the Thursday event.

Arguably, with the King George now off the agenda in what would have been an ideal race for him, Shan Blue's primary target and most likely chance could come in the Bowl at Aintree during the Grand National meeting, but no doubt his Cheltenham Festival performance will decide what route he opts to take in April.

So, while there's notable disappointment following Saturday's mishap, Shan Blue's condition appears to be excellent, and whether the Skelton team hand him a prep run before Cheltenham that is up to them, but one thing is for sure they have a really exciting chaser on their hands.