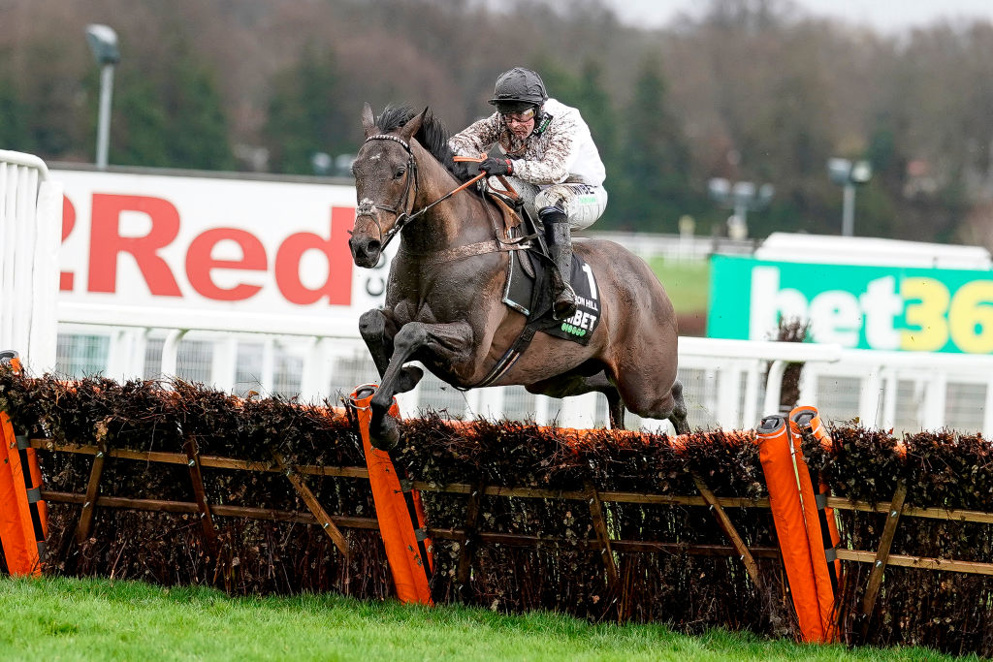 Constitution Hill is sure to be hot favourite for the Christmas Hurdle at Kempton on Boxing Day.

Superstar hurdler Constitution Hill is the star attraction in a field of ten entries received for the Grade 1 Christmas Hurdle, which takes place at Kempton Park on Boxing Day. We take a look at the entries here for the event here...

Current Champion Hurdle favourite Constitution Hill will look to enhance his already lofty reputation by landing victory in the Grade 1 Christmas Hurdle at Kempton Park, and the Nicky Henderson-trained raider is likely to be sent off at prohibitive odds for one of the showpiece events on King George VI Chase day.

A runaway 22-length winner of the Supreme Novices' Hurdle at last season's Cheltenham Festival, the five-year-old then serenely dispatched of his stablemate Epatante on his return in the Fighting Fifth Hurdle at Newcastle last month, and now the Seven Barrows raider will look to claim Christmas glory at Kempton.

One of the premier trials for the Champion Hurdle, the Christmas Hurdle has always attracted a strong field, but all eyes will be on the unbeaten star Constitution Hill, who is already a red-hot jolly for the Champion Hurdle in March, and he can maintain his position at the head of the betting with victory in this event,

Despite his likely dominance, nine other horses have been entered for this event and the aforementioned Epatante, who has won this race on two occasions, will also take her chance, and she will look to improve on her beating by Constitution Hill last month. She was supposed to take in the International Hurdle at Cheltenham a couple of weeks ago, but the cold snap forced that meeting to be abandoned and she will take her chance here.

The Nigel Twiston-Davies-trained I Like To Move It was a stunning winner of the Greatwood Handicap Hurdle at Cheltenham in November and the Naunton inmate, who carried top weight to victory that day, could look to step out of the handicap sphere and take in this Grade 1 contest and adds more depth to the race.

Paul Nicholls will have one eye on the King George VI Chase later on in the afternoon as he saddles the likes of Bravemansgame and Hitman in the main event, but the Ditcheat handler could saddle Knappers Hill in the 2022 Christmas Hurdle, and that raider was an impressive winner of the Elite Hurdle at Wincanton last time out, so steps up in class here.

Alan King's Sceau Royal maybe in the twilight of his career, but the nine-year-old could line up here, but he was beaten by Knappers Hill in the Elite Hurdle earlier in the season, so will have his work cut out in this event.

Other horses entered for the race include Earlofthecotswolds, who is another possible contender for the Twiston-Davies team, while Highway One O Two, Metier, Mortlach and Uhtred add depth to the event.