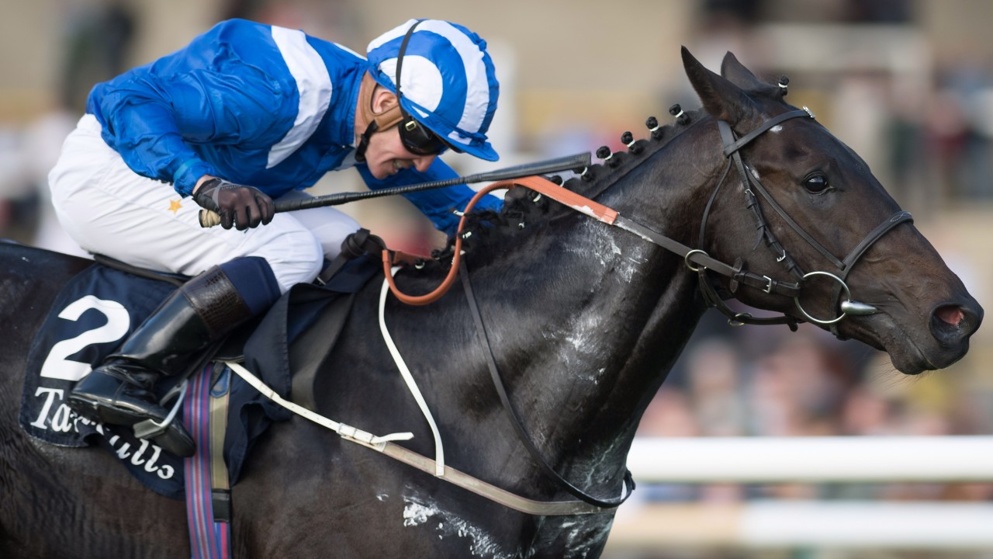 Elarqam could be set for a step up to a mile and a half this season, as connections consider his options for the new campaign.

The five-year-old progressed at a rate of knots last summer, winning the Group 2 York Stakes in really good style in July, before finishing third in the Group 1 Juddmonte International Stakes at the same course a month later.

He did plenty of good late work that day, and Angus Gold, the Racing Manager for Sheikh Hamdan Al Maktoum, has revealed that he is considering the step up in trip to a mile and a half for the son of Frankel.

He told Sky Sports Racing: “He’s still going, and we had a much better last year as a four-year-old than he did as a three-year-old, a much less interrupted season.

“I thought personally he was a bit unlucky in the Juddmonte, in that I thought we rode him wrong and hung onto him and he couldn’t get a run when they quickened and was left flat-footed."

He added that Elarqam was likely to get a run within the first couple of weeks of the resumption of racing, either in the rearranged Brigadier Gerard Stakes at Haydock Park, or at Royal Ascot;

“I’ve always thought he would stay a mile and a half, and we’ve just got to work out whether we go to the Brigadier Gerard, or whether we go straight to Ascot either for the Prince of Wales’s Stakes or the Hardwicke Stakes.”

What's the plan for Elarqam this year? Angus Gold tells @MCYeeehaaa that the talented son of Frankel has plenty of options, with a try at a mile and a half possibly on the agenda... https://t.co/qTQzcg8I5h

Meanwhile, he added that last season’s Lockinge Stakes winner Mustashry to be in fine form, and he could also head to the Royal Meeting  - with the Newbury Group 1 looking set to the lost this campaign.

He said: “We had him all geared up to run in Dubai, in fact we went out to Dubai to run at the World Cup meeting, but that had to be called off so we came back again and I’m a great fan of this horse.

“I went out for my first day standing on the heath last Saturday and watched him work, and he finished up five lengths clear of a couple of horses he was with.

“His enthusiasm still seems to be fantastic, so hopefully we’ll be ready to go as soon as we get some racing and if the Lockinge has gone by the wayside we’ll just have to see - probably Royal Ascot.”