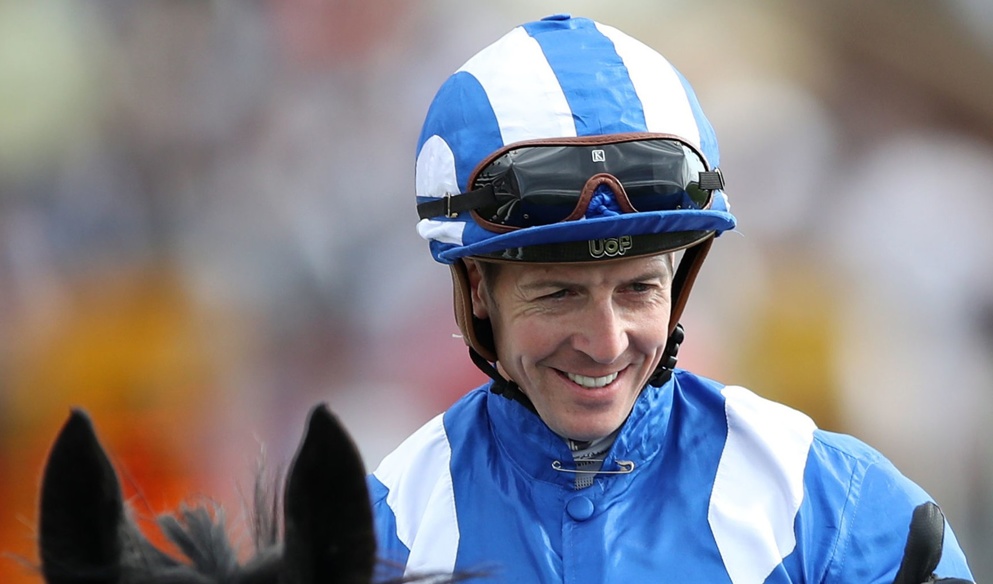 Jim Crowley rode a treble on the opening day of the Royal meeting.

Jim Crowley has shortened markedly in the betting to be 'Top Jockey' at Royal Ascot, after riding a treble on the opening day.

Crowley, who was available at around 16/1 for the accolade before racing began, got off to the perfect start by guiding Motakhayyel to victory in Tuesday's curtain-raiser, the Buckingham Palace Handicap, before striking with both Battaash and Nazeef later on the card.

It leaves him with a commanding lead at the top of the standings above the second-placed Frankie Dettori (one winner, two seconds) and the third-placed Ryan Moore (one winner, one second, one third), and his strong start has seen him shortened into 7/2 to be crowned as the top jockey at the Royal meeting.

Crowley has four rides on Day Two of the meeting, and his best chance could well come in the opener, the Sliver Royal Hunt Cup with the Mark Johnston-trained Maydanny.

Speaking after guiding Nazeef to victory in the Duke of Cambridge Stakes, Crowley couldn't hide his delight at riding a treble on the opening day. He said: "It's great to have three winners. I had some nice rides today and they all ran very well.

"I thought Motakhayyel would win when no-one else did. Mohaather was really unlucky in the Queen Anne and he is a lovely horse.

"It was great to make it third time lucky on Battaash, and Nazeef was coming into this race off the back of a nice win in the Snowdrop and she toughed it out really well. She has done nothing but improve with every run.

"I am very lucky to be riding some nice horses for some nice yards and that is probably the key really. It was redemption for Battaash today. He had a bit of unfinished business and he got it done.

"This is a special day."