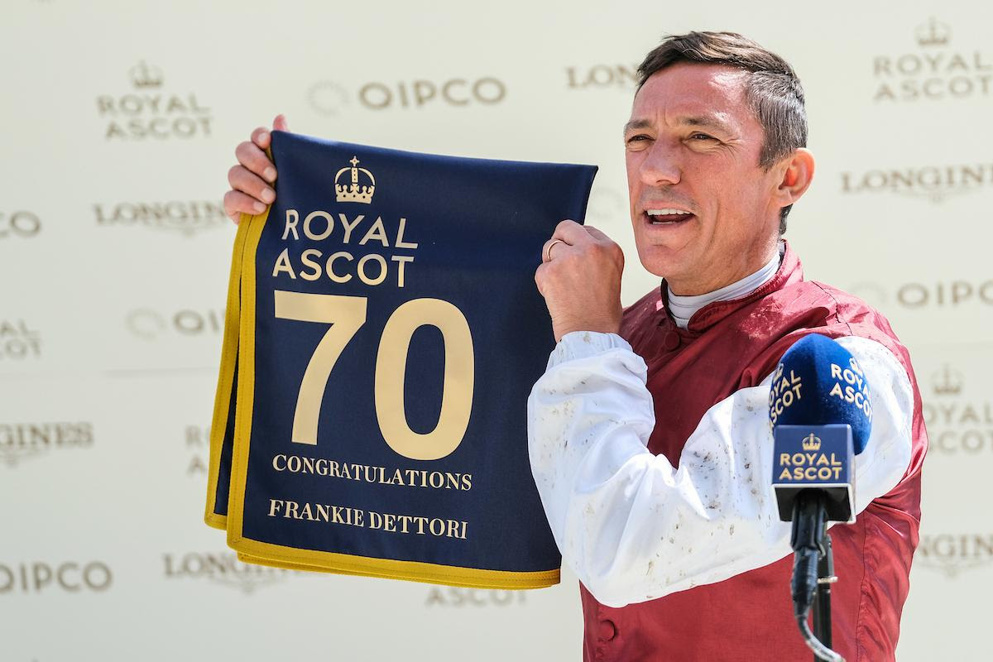 Frankie Dettori has revealed that he's delighted to have been handed the ride on the favourite English King in next month's Epsom Derby.

The three-year-old stamped his position at the top of the market with a really taking success in the Lingfield Derby Trial earlier this month, and Dettori will now take the reins on the son of Camelot, who's as short as 11/4 in the betting to emulate his father, who won the race in 2012.

It means that rising star Tom Marquand will miss the chance to have a prized ride in this year's Epsom classic, though Dettori revealed it was an opportunity he simply couldn't turn down after being approached by English King's owner Bjorn Nielson - with whom he regularly teams up with on star stayer Stradivarius.

He told Sky Sports Racing: "I’ve had some good success for Bjorn Nielsen with Stradivarius, and he approached me when he realised John (Gosden) didn’t have anything in the Derby, so he had a quiet word in my ear and asked if I would accept his ride, and I was all over it.

"I’m going to go and ride him this week. I thought he was impressive at Newcastle last year, and was very impressive at Lingfield.

"The plus side about him is that he went round Lingfield like it was a flat track, so you would think that he would handle Epsom - which is quite similar - and that’s a big tick in the box really.

"At the moment, English King ticks every box - he’s won over the distance, he’s handled Lingfield, he’s won his trial - and from what we’ve seen so far, although we respect the Guineas winner (Kameko), he’s got another four furlongs to go, so I’m very pleased with my mount.

Reaction from the main man himself - @FrankieDettori talks to Jason Weaver about picking up the ride on English King… https://t.co/TmjGRN49wk

Meanwhile, Tom Marquand offered a graciously level-headed response to losing the ride. He told Sky Sports Racing: “It was handled very well by Ed and Bjorn.

"Obviously it’s something they spoke to me about before it all came out, and the Derby is the Derby - it’s something Bjorn Nielsen has spent 30-40 years dreaming of and investing in horse racing, and while obviously I want to be a Derby-winning jockey, I’ve just got to respect the decision they’ve made.

“I was kind of hoping John Gosden was going to come out with a good horse over the past couple of weeks! It was always a possibility and Ed was very open about it when he won at Lingfield - saying Frankie was going to be the only one that could take you off.

“I’m 22 years of age, and hopefully it’s something that will happen in reverse in many years to come and I can come across another Derby horse in the future.”