Dewhurst Stakes Tips: Punters to look for a Positive show 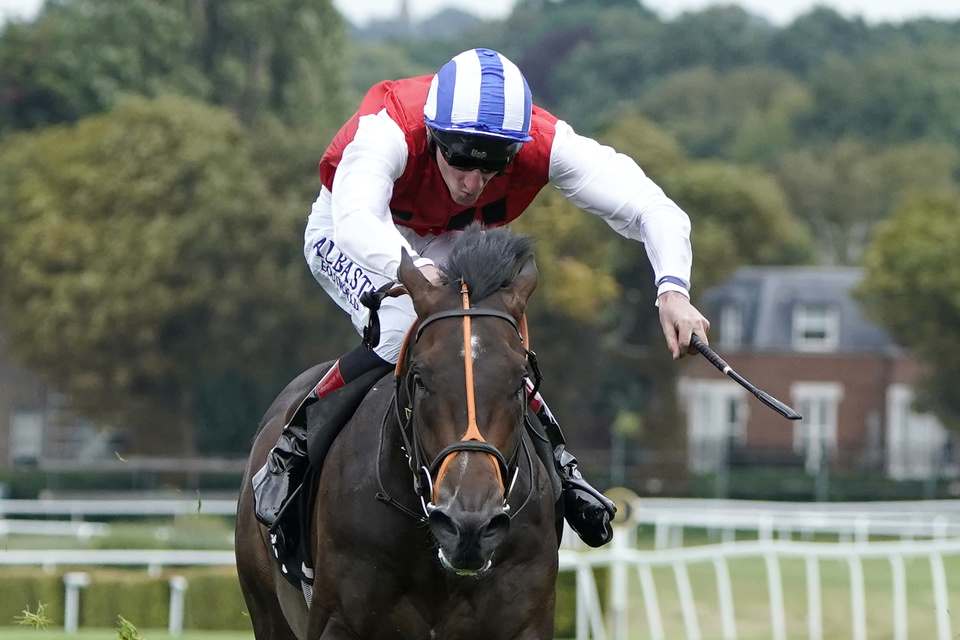 Hot on the heels of a big winner with Waldgeist in the Arc last weekend, Sean Raymond is back with a full preview of the Dewhurst Stakes at Newmarket...

We have only just caught our breath after a thrilling Arc on Sunday, as Enable failed to make history thanks to a late surge from Waldgeist in Paris, but the calendar stops for no one and already we can look forward to the next big meeting.

All eyes this weekend will fall on Newmarket, as the Suffolk venue plays host to one of the best autumn cards on the fixture list, with the Cesarewitch Handicap the feature race on Saturday afternoon.

There are plenty more big races besides, though, including the Group 1 Dewhurst Stakes, which gives punters another glimpse at the future of the sport.

The race regularly sees the best two-year-old horses in training clash over the seven-furlong trip on the Rowley Mile, and there are sure to be more than a few classic clues on show this time around, as we watch the race with at least half an eye on 2020.

A whole host of Dewhurst winners have gone on to win the 2000 Guineas the following year, with Churchill the last to do the double for Aidan O'Brien in 2017, and it will be fascinating to run the rule over the latest crop of potential equine heroes.

At the time of writing, there are 11 horses entered for the big race on Saturday afternoon, but there is one stand-out name who goes into the 2019 edition of the Dewhurst, with one of the hottest reputations in recent years.

The Godolphin-owned Pinatubo has swept all before him so far during his career, with five wins out of five, to the point that he arrives at Newmarket as the highest-rated two-year-old in 25 years, with an official rating of 128 - 2 lb ahead of the great Frankel.

The Charlie Appleby-trained colt earned the lofty figure when running out a scintillating nine-length winner of last month's Group 1 National Stakes at the Curragh, storming away from some smart two-year-olds. That performance in Ireland was a startling one by anyone's standards, with some well-bred animals swatted aside thanks to a thrilling turn of pace, and connections will be hoping he can put the icing on the cake with one final success before he is tucked up in his stable for the winter.

There is no question that Pinatubo is the clear best of these on all known form, with his performance at the Curragh one of the best runs from a juvenile in recent memory. On top of his lofty official rating, Timeform gave the display a rating of 134, the second-highest that they have handed out in modern times behind only Celtic Swing - which puts the win in perspective and explains why the Godolphin colt is such a short price here - he's 10/3-on at the time of writing.

Punters wanting to look elsewhere for a potential winner are short of options in general, although it was fantastic to see Ballydoyle take up the challenge this week when they supplemented Wichita at the five-day stage. The Aidan O'Brien-trained colt has shown plenty of talent so far this season, including when destroying the field when winning a Group 3 over course and distance last time out, and there is no doubt that the son of No Nay Never will at least offer the favourite a decent test.

O'Brien has trained the Dewhurst Stakes winner on six occasions so far during his illustrious career, and along with Wichita, he also has Arizona, Monarch Of Egypt, Year Of The Tiger and Harpocrates as potential runners.

Wichita is clearly the pick of the O'Brien contenders, and he could be coming up against an old rival, with Molatham set to take his chance in the Dewhurst. The Roger Varian-trained horse got the better of the supplemented Ballydoyle star in the listed Flying Scotsman Stakes at Doncaster last time out on good to firm ground, and it will be interesting to see how the pair have progressed since.

Pinatubo is going to win this race on all known form, but if there is to be an each-way bet in the race then it is Positive for trainer Clive Cox. The Dutch Art colt was five lengths behind the aforementioned Pinatubo in the Vintage Stakes at Goodwood, which has actually turned out to be top form given the nine length win from the latter in the National Stakes in Ireland.

Positive has since gone on to claim a Group 3 at Sandown to boost that form further, and if he can at least maintain that level behind the favourite, then there is every chance that he can pick up some prize money for each-way punters at a double-figure price.