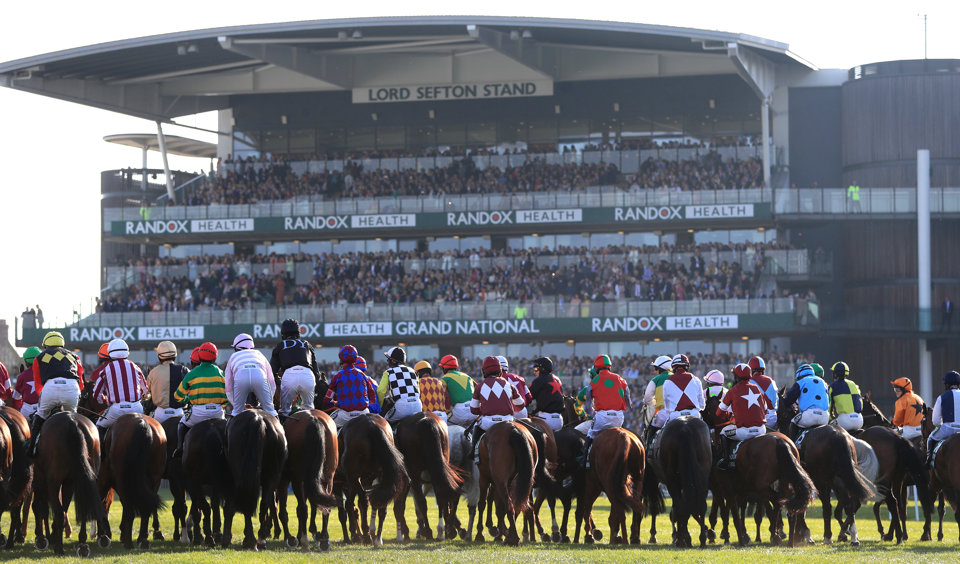 Sean Curran's Domaine De L'Isle has snuck in at the bottom of the weights for the 2022 Randox Grand National, but he will face a huge test to land a blow in the Aintree event, which is off at 17:15 on April 9...

Sean Curran's Domaine De L'Isle has an excellent strike rate over fences, as the nine-year-old has amassed seven victories from his 20 chase starts, and he will be bidding for win number eight when he lines up in the Grand National on Saturday afternoon.

He amassed three quickfire wins in late 2019 and early 2020 which saw his handicap mark rocket into the 140s, and he competed in the Paddy Power Gold Cup at Cheltenham in November 2020, but failed to land a blow. He ended last season with back-to-back wins at Kempton Park and Cheltenham, which saw him head into this campaign with a positive record.

Sent off a 66/1 outsider for the Becher Chase at Aintree in December, where he could test himself over the National fences, Domaine De L'Isle produced a fine effort to finish fourth behind Snow Leopardess off a mark of 147, so a return to the Merseyside track could bring out the best in him.

Last seen finishing tenth in the Eider Chase at Newcastle off 144, it's that mark he will run off in the Grand National, so if he can recapture his Becher Chase form then he's attractively handicapped, but this is sure to be his toughest career task.

#AD New UK, IE & Malta users only. Min. £10/€10 first deposit only using Debit Card or Trustly. Free bets expire in 90 days. T&Cs apply.
get offer
Bet £10 Get £30 In Free Bets
#AD 18+. Play Safe. New customers using Promo code H30 only, Min £10/€10 stake,  min odds 1/2, free bets paid as 2 x £15/€15, free bets credited after  settlement of first qualifying bet, free bets will expire 30 days after  the qualifying bet is placed, payment method/player/country restrictions apply.
Welcome Offer
#AD Bet £10 & Get £50 in Free Bets for new customers at bet365. Min deposit requirement. Free Bets are paid as Bet Credits and are available for use upon settlement of bets to value of qualifying deposit. Min odds, bet and payment method exclusions apply. Returns exclude Bet Credits stake. Time limits and T&Cs apply.
Bet £10 Get £30 Free Bets + £10 Casino Bonus
#AD Minimum deposit of £10 using deposit code 30F - A qualifying bet is a ‘real money’ stake of at least £10 placed on any sports market - Minimum odds of 1/2 (1.5) - Free bets credited upon qualifying bet settlement and expire after 7 days - Free bet stakes not included in returns - Casino Bonus must be claimed within 7 days • To withdraw bonus/related wins, wager bonus amount x40 within 14 days • Wagering req. vary by game • Withdrawal restrictions and Full T&C’s apply. 18+ begambleaware.org
Bet £10 Get £60 in Bonuses
#AD New UK customers only. Register using the promo code BETFRED60, deposit and place first bet of £10+ on Sports (cumulative Evens+) within 7 days of registration. First bet must be on Sports. £20 in Free Bets to be used on Sports, £10 in Free Bets to be used on Lotto and 50 Free Spins (20p per spin) credited within 48 hours of bet settlement. Further £20 in Free Bets credited 5 days after settlement. Bonuses have a 7-day expiry. Payment restrictions apply. SMS verification and/or Proof of I.D and address may be required. Full T&Cs apply.
100% Up To £50 Welcome Bonus + 25 Spins
#AD 18+ begambleaware.org; New bettors get 100% of deposit up to £50; Once per household; Min deposit £15 (no Skrill/Neteller); Wager a total of 8 times deposit + bonus, with max qualifying bet stake equal to your initial bonus amount; Bonus expires after 60 days; Min odds of 4/5 on singles, or 2/5 per leg for acca; Some bet types excluded; Free spins validity: 7 days; Free spins max. winnings = £100; See full terms; Terms apply.
Bet £20 & Get It Back As CASH If It Loses
#AD New customers only. Place your FIRST bet on any Horse Racing market and if it loses we will refund your stake in CASH. Max refund for this offer is £20. Only deposits made using cards will qualify for this promotion. T&Cs apply.
Money Back As Cash Up To £20
#AD Max £20 refund on first bet. Bet must be placed in first 7 days of account opening. Only deposits made via Debit Card will be eligible for the promotion. T&Cs apply. 18+ begambleaware.org
Get £36 In Free Bets
#AD Offer includes a free £1 Race Index spread bet to try out our exciting 50-25-10 race markets. Bet with live streaming on all racing and greyhounds! Place a qualifying £25 fixed odds bet at odds of 1/2 or greater. Qualifying bet cannot be placed in-play or cashed out early. A first free £5 fixed odds bet will be credited upon settlement of the qualifying bet. 4 x following £5 free fixed odds bets will be added to your account on consecutive days. BeGambleAware.org. 18+. T&Cs apply
Bet £10 Get £20 In Free Bets
#AD Min stake £10. Min odds 1/2 (1.5). First bet only. Free bets expire in 7 days. Cashed out bets won’t apply. Payment method restrictions. Online UK customers only. 30 days to qualify for £20 in Free Bets. 18+. T&Cs apply
£25 Free Bet + 10 Free Spins
If your account has Sportsbook losses at the end of your first day's betting, QuinnBet will refund 50% of your losses as a Free Bet up to £25 (min 3 bets) Plus 10 Free Spins on Asgard Warriors. Even if your account is up, you're guaranteed a £5 Free Bet Plus 10 Free Spins provided you place at least 1 bet of £10 or greater at the minimum odds. T&Cs apply | 18+ New UK Customers Only | BeGambleAware.org
Latest racing results
Brighton
20:10
Full Result
1stIdeal Guest
7/4F
2ndAttache
3/1
3rdOlivetti
8/1
Uttoxeter
20:00
Full Result
1stCatchmeifyoucan
18/1
2ndMulberry Hill
5/2F
3rdLatino Fling
11/4
Ffos Las
19:50
Full Result
1stNusa Dua
100/30F
2ndZoom Zoom Babe
9/1
3rdDanza Della Luna
14/1
View All Today's Results