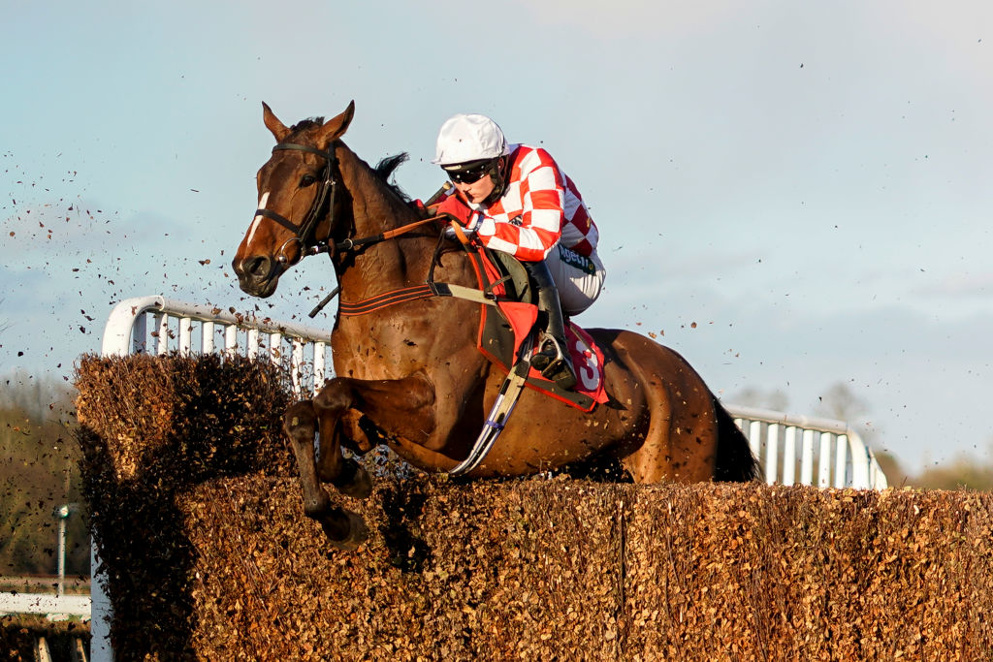 Lightly-raced over hurdles having only had three runs over the smaller obstacles, Eclair Surf was always destined for a career over fences, and it would be staying chases that would see him blossom in. He broke his chasing duck at Hereford off a mark of 123 back in 2020 and since then he's gone from strength to strength.

Relishing soft and heavy conditions he recorded his second victory over fences at Sandown Park in February last year, as he yet again stormed through the mud to claim glory off 131. However, it's been this season that has seen Emma Lavelle's staying sensation really show his hand as a potentially top classy staying chaser.

Having fallen on his first start, he bounced back to form with a decent third placed finish in the Welsh Grand National Trial at Chepstow in December, but in mid-January he produced one of the finest staying displays of the entire season as he romped to a 13-length victory in the Classic Handicap Chase at Warwick. Sent to the front a long way from home in testing conditions, Eclair Surf led his rivals a merry dance as he pulled further and further clear to produce a career best performance.

Sent to Newcastle next time out for the Eider Chase, he had a 10lbs higher mark to contend with, but he ran a fine race off 143 as he finished second to Win My Wings, who was a runaway winner of the Scottish Grand National last weekend, so that form is rock solid.

Lining up off 143 at Aintree this weekend, Eclair Surf has proven extremely popular with punters over the last week, with the news wet conditions could be hitting Aintree over the next few days, so he has to be a huge player in what will be his first crack at the Grand National.