Five juveniles to watch as we head into the autumn 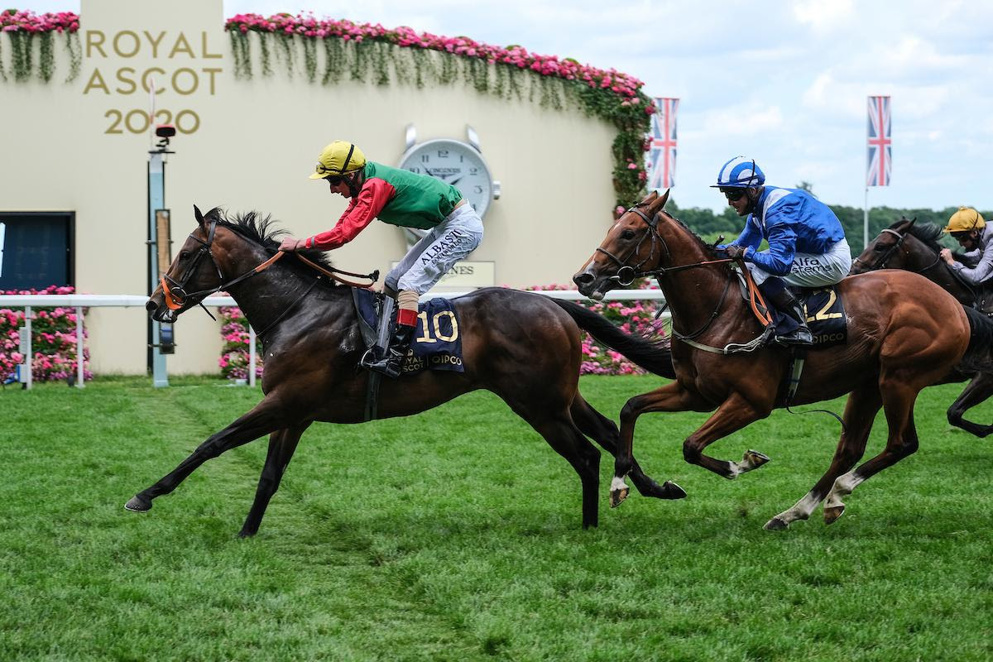 Nando Parrado caused a 150-1 shock when winning the Coventry Stakes at Royal Ascot.

With the big two-year-old events just around the corner, Nick Seddon has picked out five juveniles to keep an eye on in the closing months of the season…

Tactical is a homebred by her majesty The Queen, and he has already provided his illustrious owner with several moments to savour, winning the Windsor Castle Stakes at Royal Ascot in June on the back of a promising debut at Newmarket two weeks before. He was a well-supported 7/2 favourite that day, and duly followed that up with victory in the Group 2 July Stakes on his next start at Newmarket a month later. There was plenty to like about the style of his success that day, really kicking into action in the closing stages, and hinting there could well be more to come from him when he’s stepped up in trip. Admittedly, he was no match for the exciting Campanelle when fifth in last month’s Group 1 Prix Morny at Deauville, but he looks worth another chance on the back of that, considering that it was his first attempt at the top level and he didn’t have the smoothest of passages into the race. He’s in excellent hands at the Andrew Balding yard, and it would be no surprise to see him make a bold bid if taking up one of his two fancy entries in the autumn; in the Middle Park Stakes over six furlongs, or in the Dewhurst Stakes over seven furlongs.

Etonian was a relatively cheap purchase, costing just 10,000 guineas as a yearling, but this son of Olympic Glory has already shown plenty in his two starts at Sandown, winning on both occasions. The form of his debut success in July has worked out pretty well, with the runner-up winning since, and it was difficult not to be impressed with the way he smoothly travelled into proceedings when winning the Group 3 Solario Stakes last time out. That race has a habit of throwing up a smart performer or two having been won by the likes of Too Darn Hot, Kingman and Masar in recent years, and it will be interesting to see whether Etonian takes up his entry in a valuable contest at Doncaster’s St Leger meeting next week - for an owner/trainer partnership that has enjoyed some fine days with juveniles in years gone by; and perhaps none more so than with Etonian’s sire, Olympic Glory.

Nando Parrado became the biggest-priced winner in the history of Royal Ascot when scooting up in the Coventry Stakes in June, though that lofty price certainly wasn’t based on his breeding, having cost plenty of money as a yearling. Indeed, he’s since proven that Ascot form to be no fluke, too, and returned from a 64-day break to finish a fine second behind Campanelle in last month’s Prix Morny. He was ultimately beaten by two lengths that day, but it was hard not to be impressed with the way that he made plenty of good late ground, and like Tactical who was back in fifth, he’s likely to get further than six furlongs in time. He’s got several top entries for the autumn, including in the Group 1 National Stakes over seven furlongs in a fortnight’s time at the Curragh.

A huge upset in the Coventry Stakes at @Ascot as 150/1 shot Nando Parrado holds on to win! https://t.co/M7Co1axvJj

The sudden emergence of this year’s Epsom Derby winner Serpentine reminded us that a classic winner can come from any angle in the Aidan O’Brien yard, though in Battleground he looks to have a serious juvenile to go to war with in the autumn. The current favourite for both the 2000 Guineas and the Derby at the time of writing, Battleground is the first foal of the multiple Group 1-winning mare Found, and built on a promising debut at Naas in June to scorch clear in the Chesham Stakes at Ascot two weeks later. He showed plenty of class when battling to victory in the Group 2 Vintage Stakes at Goodwood in July, winning well in the end, and judged on his pedigree he’ll almost certainly get further than seven furlongs in time. He seems likely to head to the National Stakes at the Curragh next - a race which has been won by some of his trainer’s very best juveniles in years gone by - and we could then perhaps see him at Doncaster for the Group 1 Futurity Trophy, a race his handler has won on nine occasions.

Lucky Vega carries the colours of Zhang Yuesheng, a Chinese billionaire who's quietly going about his business in the sport, and he was handed a first Group 1 winner when his colt scorched to victory in last month's Phoenix Stakes at the Curragh. He overturned the form of the previous month's Group 2 Railway Stakes with Ken Condon-trained Laws Of Indices pretty emphatically that day, and defeated a strong-looking field which included the Norfolk Stakes winner The Lir Jet and fellow Group 2 scorer Ventura Tomata. There's plenty to like about that form, and Lucky Vega has a host of options heading into the autumn as a consequence. The Middle Park Stakes has been mooted as a potential target by his connections, though he's also entered in the National Stakes later this month.