Five key questions ahead of the Futurity Trophy 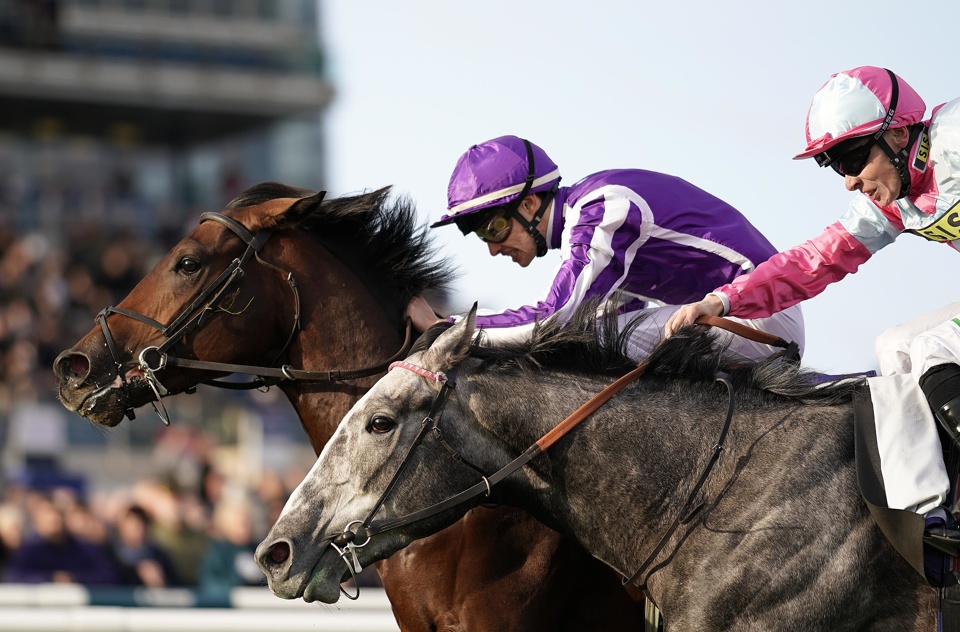 Saturday's action is headlined by the Futurity Trophy at Doncaster.

Ahead of a key weekend both on the Flat and over the Jumps, Nick Seddon looks at the five key talking points surrounding the action...

Saturday's Flat action is headlined by the Futurity Trophy at Doncaster - the final British Group 1 of the season - and although it's no surprise to see nine-time winner of the race Aidan O'Brien have a strong hand, the extent of his domination is unprecedented for this year's renewal. Indeed, O'Brien will be responsible for five of the six runners as he aims to equal Henry Cecil's record of ten wins in the race, with only Kameko offering up any resistance for the Andrew Balding team. Balding won this for the same owners with Elm Park back in 2014 and must be respected, though he will have his hands full against the Ballydoyle contingent, which is headed by Mogul and Innisfree - while Louisiana, Iberia and Royal County Down all have plenty to find on what they've shown so far.

While each of Donnacha O'Brien (Mogul), Seamie Heffernan (Innisfree), Andrea Atzeni (Iberia), Padraig Beggy (Louisiana) and Ben Curtis (Royal County Down) will all undoubtedly want to win the race, it's unavoidable that tactics are going to come into play, particularly when it comes to trying to unsettle Kameko, and the integrity of the race must surely come into question. Should Kameko be a late withdrawal for whatever reason, what is stopping the powers that be at Ballydoyle from putting a Group 1 win on the record on the colt that they deem to have the most potential?

We also have a good card on the Flat down at Newbury on Saturday, which features two Group 3 contests, including the St Simon Stakes at 14:20. Last year's renewal saw a dead-heat between Morando and Young Rascal, and they return to lock horns once again. The pair do so on the back of differing campaigns; and while we haven't seen Young Rascal since he disappointed in two starts in the spring, Morando has been kept busy, and returned to form when winning a Group 3 contest on heavy ground at Ascot earlier this month. He will likely be sent off as the favourite in similar conditions here, though don't write off Young Rascal, who has been gelded since last seen, and has had five months to freshen up since his last run.

Dead-heat! An amazing finish to the Teddington Royal British Legion (St Simon) Stakes at Newbury as Young Rascal and Morando are locked together

Can Destin bounce back?

Quel Destin burnt a few fingers when he was unable to justify a short price off what looked a particularly modest mark on the Flat at Bath earlier this month, but that will have at least served the purpose of sharpening him up, and he returns to timber at Cheltenham on Saturday afternoon. Quel Destin was one of the stars of the novice hurdling division last season, racking off five straight successes which included a Grade 1 success at Chepstow, and connections will be hoping that he can make up into a Festival contender. He's tasked with carrying top weight here, though a replication of his Grade 1-winning form from last term would give him leading claims.

Will the Saint go marching in?

Saturday's card at Cheltenham is an excellent one, and it includes a two-mile handicap chase at 15:10, which features the Harry Whittington-trained Saint Calvados. A regular in Grade 1 company, we haven't seen Saint Calvados in a handicap since he hacked up off a mark of 147 at Newbury in January 2018, and he will take his chance here off 8 lb higher. A front-runner, he goes well fresh, and took the notable scalp of Footpad when winning a Grade 3 contest as Naas on reappearance last November. Conditions will suit, and it will be interesting to see how he handles the step back into handicap company.

Saint Calvados springs a surprise by landing the Grade 3 Poplar Square Chase at @NaasRacecourse for @Harry_Whitt. After some jumping errors from Footpad, the favourite unseats Ruby Walsh at the last: https://t.co/Ixsas1lAVu

Frodon proved to be one the stars of last season, opening his campaign with a success in the Old Roan Chase, before signing off with a win in the Ryanair Chase at the Cheltenham Festival. He returns to Aintree looking to defend his crown on Sunday, and will do so from a lofty mark of 169 - one which is a full 11 lb higher than the one he won this from last year. The seven-year-old is no stranger to producing a fine weight-carrying performance, doing so when winning the Caspian Caviar Gold Cup off top weight at Cheltenham last December, though he faces a stiff task here, with the likes of Kalashnikov - a smart novice last season - in receipt of lumps of weight. Regular partner Bryony Frost will take the ride as always, and he will need to a trademark gutsy display if he is to successfully defend his crown.