Five Key Questions ahead of the International Hurdle 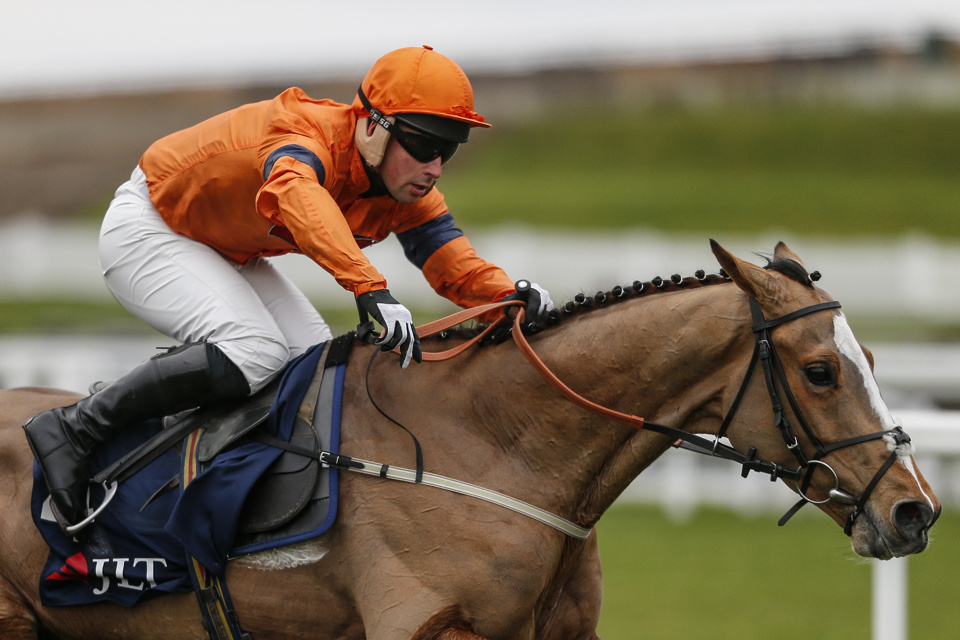 Sam Spinner takes his chance in a Grade 2 Novices' Chase at Doncaster on Saturday.

Ahead of an intriguing weekend of racing at Cheltenham and Doncaster, Alex Stearn looks at the five key talking points surrounding the action...

Can Brelan D’As go one better?

Last month’s BetVictor Gold Cup saw Brelan D’As produce a career-best performance over this C&D, when he only just ran out of yards in his attempt to collar in Happy Diva close home, and despite being handed a 5 lb higher mark, he looks to have strong claims of going one better. The ground was truly terrible on that occasion, and saw the field get strung out all over Prestbury Park, but the J.P. McManus-owned gelding creeped round in mid-division before starting his challenge two fences out. He had every chance when jumping the last, but couldn’t quite get past the eventual winner, going down by an ever-diminishing neck. Paul Nicholls’ charge showed he handled the soft ground, though, and with it forecast to be more in his favour on this occasion - his previous best form has come on quicker surfaces - he looks like getting conditions to suit and can gain compensation for that excellent effort and enhance his trainer’s record in recent years to six wins from the last 11 renewals.

As ever, it is an ultra-competitive race, and following the rather unintentional withdrawal of Riders Onthe Storm due to a processing error, the market is headed by Secret Investor, Not That Fuisse and Cepage. The latter has been raised a total 8 lb for a promising reappearance run to finish second at Aintree last month, having been retrospectively raised further after the third that day, Oldgrangewood, won really well at Aintree last week, though the rise in the weights may stop him from winning. The biggest danger, however, may come from the bottom of the weights in the shape of Not That Fuisse for the Skelton brothers. His jumping will be put to the test on just his fourth start over fences, but his effort to finish second at this track to Al Dancer back in October reads well, and he could prove well-treated in his first try in a handicap over fences. Meanwhile, Secret Investor is also worthy of a mention dropping into handicap company after contesting graded affairs, but a mark of 150 may be a touch too high for him to be competitive.

A huge day for Kerry Lee (@beaubai) and Richard Patrick as Happy Diva digs deep to fend off Brelan D'as in the BetVictor Gold Cup at @CheltenhamRaces! 🏆#TheNovemberMeeting

Slate House and Robbie Power are up ok after their fall at the second last - would they have won? 🤔 https://t.co/dlxOO15rwA

Will Pentland stay on best up the Hill?

Nicky Henderson saddles the third of his Champion Hurdle contenders on Saturday, with Pentland Hills heading to Cheltenham for the Grade 2 International Hurdle. A recruit from the Flat, Owners Group acquired the son of Motivator from Chris Wall in Newmarket and they were rewarded with two Grade 1 wins as a juvenile last term; scoring over this course and distance in March when charging up the hill to take the Triumph Hurdle on just his second start over obstacles, before then following up at Aintree a month later. Despite starting his season later than others, he has the chance to shoot straight to the head of the ante-post market for the Champion Hurdle after several well-fancied types have faltered so far this season. His closest rival looks to be Ch’Tibello for Dan and Harry Skelton, who has previous in the race, finishing a close fourth back in 2017. After a dip in form, he returned to his best towards the end of last season - winning the County Hurdle at Cheltenham and finishing third in a Grade 1 contest at Aintree - and he can put his experience to use. Both Elixir De Nutz and Call Me Lord have claims, whilst Big Blue adds International spice now making his first start on these shores having conquered the best Australia has to offer. However, they all look to have various amounts to find to challenge Pentland Hills, and he can stake his claim for a repeat success in March.

Can Platinum prove to be worth the wait?

Nicky Henderson looks to hold a pair of aces in the novices’ chase at Cheltenham on Saturday (12:45), when Mister Fisher and Champagne Platinum are set to take each other on. Mister Fisher was a Grade 2 winner over hurdles back in January, and despite his progress somewhat stalling since then, he had always looked as if chasing would be his discipline. He has the benefit of experience under his belt having finished a solid second at Warwick last month, when only one real mistake blotted his copy in terms of jumping that day. He will be the highest rated in the race, and with him getting weight from his closest rival on official ratings, he can step forward with that outing under his belt - though he may well find a couple too good.

Henderson’s other runner, Champagne Platinum, lines up in the familiar green-and-gold hoops of J.P. McManus, and despite being rated 7 lb inferior to his stablemate, his lightly-raced nature over hurdles strongly suggests his future was always going to be over the larger obstacles. He posted two impressive performances in minor hurdle events at Newcastle and Newbury last December, before finding Grade 1 company too hot at Punchestown. Connections had to shell out a huge £250,000 at the sales after his point-to-point win, and now back over the larger obstacles, he is open to any amount of improvement and can start to repay some of that price tag with victory here - with a step up in grade highly likely before the season is out.

Nigel Twiston-Davies also saddles a pair of challengers, and despite a 5 lb penalty, Good Boy Bobby looks to be the one with the strongest chance to chase home Champagne Platinum given he is the mount of Sam. He was only just collared on chase debut behind a highly-regarded type, before making light work of an above-average field at Wetherby. He’s got strong form over this trip from his hurdling days, and this looks to be a good stepping stone again for a horse likely to be able to hold his own at a higher level for owners Paul and Clare Rooney.

Whose unbeaten record will be broken?

Now Doncaster has resurfaced from their brief stint underwater, they play host to a Grade 2 Novices’ Chase, in which two good horses put their unbeaten records to the test. Representing Middleham’s Jedd O’Keeffe is Sam Spinner, who has been sent over the bigger obstacles after two productive seasons plying his trade at the top level over hurdles - winning a Grade 1 contest at Ascot during that time. His chasing debut came at Wetherby in October over a trip short of his best, and after being badly outpaced and detached around the home turn, he finished with a wet sail to win quite cosily and produce an impressive performance. The second start saw him improve again - despite having to make all - and with his usual jockey, Joe Colliver, suggesting he would be better with a lead, he could well improve again.

Brian Ellison, based in Norton, saddles Windsor Avenue, who is attempting this trip for the first time under Rules. His two chase starts have seen him win by a total of 33 lengths at Sedgefield and Carlisle respectively, where he has jumped well and made all on both occasions. The two tracks suggest that the form may not be as strong as some shown by his main rivals, but he couldn’t have been more impressive and being a point-to-point winner, he may have plenty more to offer over fences yet and at this trip. Despite Sam Spinner being a popular servant, he may find the imposing Windsor Avenue too good and may have to settle for second best.

Flat or French to come out on top?

Thirty-five minutes later at Doncaster, the hurdlers take centre stage, with recruits from differing spheres battling to come out on top. The French raid is solely represented by Nicky Henderson and Tombee Du Ciel on her first start on these shores. She receives a 7 lb fillies’ allowance at the bottom of the weights, and it’s eye-catching that she starts off in Grade 2 company given that her French form is not quite near the level of form you’d normally expect for a new recruit at Seven Barrows. It is also worth noting that after the injury to Daryl Jacob, French champion jockey James Reveley extends his stay to take the ride, making it likely that connections likely think that this horse has plenty of ability.

Flat recruits are more widely represented, and are headed by Lord Lamington for Netherfield House Stud. Alan King’s excellently bred son of Australia is a multiple winner on the Flat, and despite his debut over obstacles coming only nine days ago, he showed his aptitude for hurdles when running out an impressive winner at Market Rasen. Meanwhile, Donald McCain saddles Navajo Pass off the back of two starts over hurdles. Also a winner on the Flat, he’s shown himself to be a quirky sort when getting revved up and sweating in the prelims before his latest start at Newcastle, when frost threatened to call the card off, so it can hardly be blamed on the weather. He did only go down by a neck behind a horse that connections had just paid £105,000 for, namely Tavus, and if he can keep those antics in check, he looks to be capable of a prize at graded level. However, that doesn’t look to be today as Lord Lamington is the more likeable, straight-forward type and he can take this prize for the flat recruits at the expense of Tombee Du Ciel.