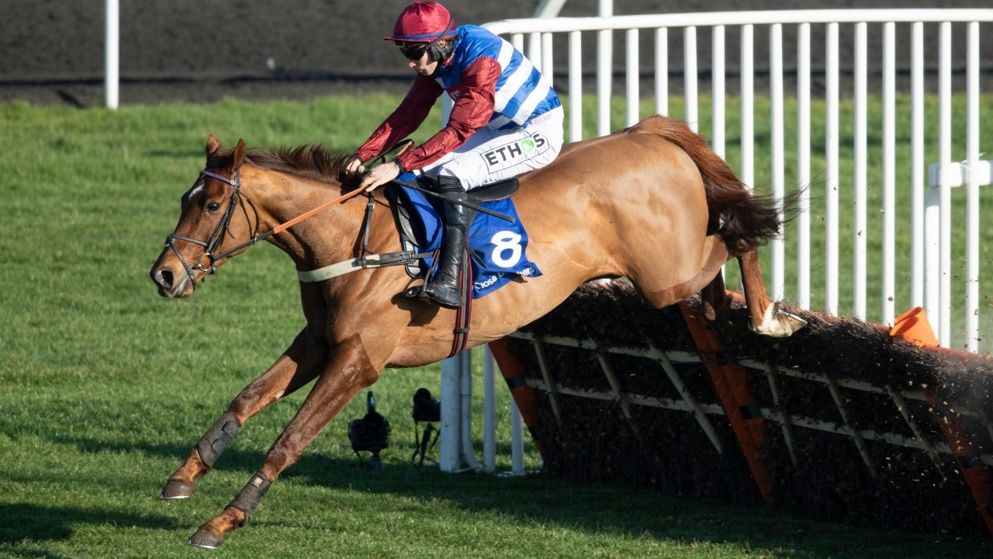 Cheltenham Festival Clues: Tritonic cruised to victory in the Adonis and is now well fancied for the Triumph Hurdle.

Our resident columnist Tom Lee looks back at a sensational week of racing and talks about Tritonic and Grand Paradis, who are both fancied for glory at the Cheltenham Festival...

An otherwise unremarkable Monday at Southwell got a shot in the arm, and it wasn't definitely wasn't Pfizer or Moderna.

Minella Tara looked booked for third at best in the Nottinghamshire track's two-mile maiden hurdle (15.50), but a never-say-die ride from Paddy Brennan paired with a willing mount saw the duo arrive fast and late to deliver what appeared to be an unlikely triumph, even as they sailed over the final flight.

At that point it looked signed, sealed and delivered for the Evan Williams-trained pre-race favourite Can You Call, who was 1.03 in-running on the betting exchanges, while the eventual winner traded at the maximum 999-1 just two hurdles from home.

Brennan, who'd taken a crunching fall earlier on the card, clearly enjoyed conjuring up a shock victory, telling reporters: "I was thinking turning for home we'd be happy to be third or fourth. I got some kick out of that. That's Fergal's horses, they hit the line hard."

The Kayf Tara gelding was giving ever chipper, cake-loving trainer Fergal O'Brien winner number 80 of an excellent campaign, while for Brennan it was 66.

Does Paradis Await At Prestbury Park?

The month of February has been a kind one for Martaline gelding Grand Paradis, for whom it's now two from three over timber after wins at Fairyhouse and Thurles just 17 days apart.

The grey stepped up in class successfully on Thursday when taking the Grade 3 Michael Purcell Memorial Novice Hurdle at the latter venue, with 13 lengths his margin of superiority at the County Tipperary track.

His jumping will need to improve if he's to justify quotes as short as 6-1 for the Martin Pipe Conditional Jockeys' Handicap Hurdle at the forthcoming Cheltenham Festival.

Grand Paradis makes it three wins from four career starts with a decisive victory in the €27,500 feature at @thurlesraces for @gelliott_racing & @jackkennedy15

Rein It In - Bowen Has Last Word At Chepstow

Well done James Bowen. The young Welsh jockey was on familiar territory at Chepstow on Thursday, partnering Mot A Mot for Nicky Henderson in the concluding bumper.

Nothing unusual there....until his right rein snapped early in the piece - on a left-handed track. Ouch.

Flying on one wing, Bowen produced a masterful display of horsemanship to guide a highly inexperienced companion around the Monmouthshire circuit for two miles, not just completing, but winning by six lengths!

There was one late scare when the duo almost collided with a hurdle wing, but that aside this was a fine piece of riding.

A Triumph Tonic For King?

Successful in the Cheltenham Festival's Triumph Hurdle in 2005 with Penzance and again in 2007 with Katchit, it's fair to say trainer Alan King knows a thing or two about a decent four-year-old hurdler.

Sitting pretty on 42 winners so far this jumps season, the Barbury Castle-based handler has reason to hope he'll be celebrating once again at Prestbury Park in a fortnight and a half, such was the power and acceleration shown by the latest potential star off his Wiltshire production line at Kempton Park on Saturday, namely the slick ex-Flat racer, Tritonic.

A chestnut gelding by Sea The Moon, he's adapted well to life as a National Hunt horse, winning both starts including this step up into Graded company when readily accounting for his rivals in the Adonis Juvenile Hurdle, a respected Triumph Trial.

For once bookmakers weren't overreacting when chopping him from 8-1 into a general 7-2, a price which means there's only Irish hope Zanahiyr ahead of him in the antepost betting.

A 15-time winner at the Festival, but without success at the meeting since Uxizandre and AP McCoy landed the Ryanair Chase of 2015, King said of Tritonic:

"He's the highest class Flat horse I've sent jumping. I don't think he'll come on much fitness-wise from today, but he'll be that bit sharper for the experience. The Irish have looked very good, but I certainly wouldn't swap him for anything and am very happy with my lad."

Former Cheltenham Festival-winning rider Emmet Mullins has rapidly established himself as a very able, shrewd and selective trainer, especially when sending runners across the water to compete in the UK.

Based in Bagenalstown, County Carlow, his latest cross channel raider arrived on Saturday in the shape of Cape Gentleman, who lined up well fancied as a 5-2 chance in Kempton Park's Grade 2 Dovecote Novices' Hurdle.

That confidence was ultimately well placed, as the five-year-old was tough at the finish to see off Dan Skelton's well thought of Calico by three parts of a length.

Victory spelt a sixth success in just 15 runners in Britain for this observant member of the Mullins racing dynasty, but will his next eagle-eyed spot be a target at the Festival in just over a fortnight?

Cape Gentleman holds entries in both the Ballymore and the longer Albert Bartlett, with prices on offer around the 20-1 mark for both novice events.