Five things we learned about the Jumps: Is the Lion back? 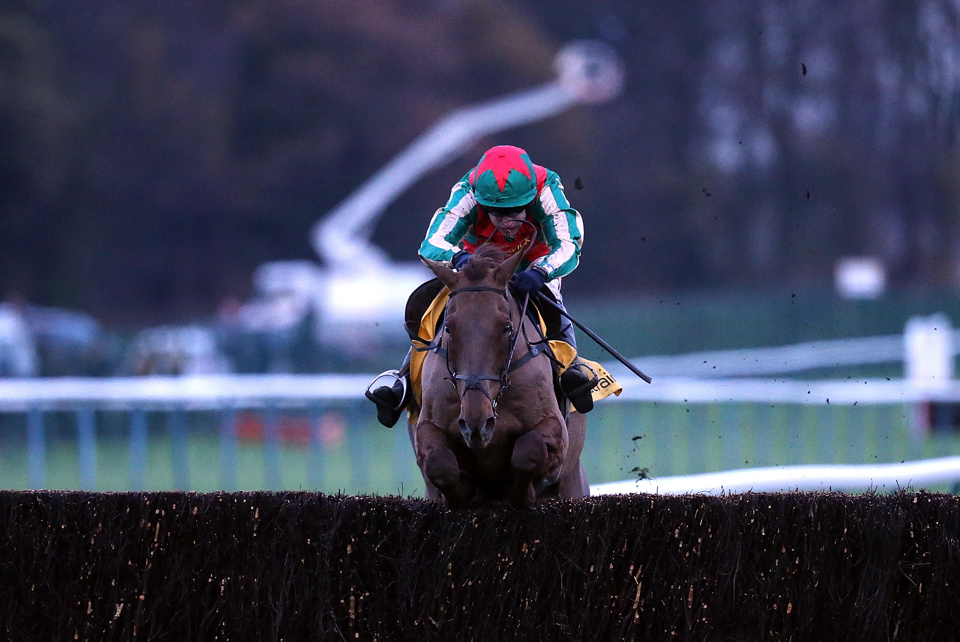 Vieux Lion Rouge picked up his first win for over two years at Chepstow on Friday.

We pick out five key talking points about the Jumps from the weekend's action, which saw some quality action on both sides of the Irish Sea...

Thyme Hill heads straight to the top of the class

We knew Thyme Hill was a talented animal from his three starts in bumpers last season - his effort to finish a fine third in the Champion Bumper at the Cheltenham Festival shows that - but even so, he was impressive in the style in which he was able to make a winning debut over timber in the Grade 2 Persian War Novices' Hurdle at Chepstow on Friday.

The field for the Persian War was a strong one, particularly for a race so early in the season, and the fact that Thyme Hill was able to dispose of some more-experienced rivals pretty readily stands him in good stead. Thyme Hill ought to stay further yet when needed, and considering that some talented horses have won this race in recent years - including Silviniaco Conti (2010) and Blaklion (2014) - the sky looks the limit.

The Lion still has some roar left

Vieux Lion Rouge has been around for so long now that it's perhaps surprising to hear that he's still only a ten-year-old, but he showed there's still some miles left on the clock when picking up his first win for over two years in a valuable veteran's chase at Chepstow on Friday. Vieux Lion Rouge took advantage of his lowest chase mark since winning the Becher Chase at Aintree in 2016 to do so, meaning it remains to be seen if he'll be able to back this up under a penalty next time out. However, the Becher will almost certainly be his next port of call, and having had his confidence boosted here, it would be no surprise to see him go very close indeed at Aintree in early December - particularly when you consider he was second in the same race on reappearance last season...

The switch to fences can be an unforgiving one

Chepstow's Saturday card proved to be just as informative as the racing at the course 24 hours earlier, and rather interestingly, it was the race with the smallest field which may well have told us the most about the upcoming season. The race in question was the three-runner novices' chase, which saw the Colin Tizzard-trained Reserve Tank making his chasing bow. A dual Grade 1-winner as a novice last season, Reserve Tank was a warm order in the betting to make a winning start over the bigger obstacles, though a patchy jump at the last opened the door to Fergal O'Brien's Jarveys Plate - who showed plenty of ability in his own right over timber last season - to spoil the party, and win by a convincing margin. This is by no means game over for Reserve Tank, however, and it's worth noting that he took a couple of early-season outings before he warmed his task last term, too.

Champagne has too much fizz for his rivals

Champagne Classic is clearly a fragile type, missing the entirety of the 2017-18 season, but he's shown plenty of ability when getting to the track, and took advantage of a drop in grade to open his account over fences at the third time of asking at Fairyhouse on Saturday. His first two tries over the big obstacles had come in graded company at Navan in January and February respectively, running well on both occasions, and the style in which he was able to win Saturday's maiden chase suggests he's ready for a return to that level. Champagne Classic was fancied for last season's National Hunt Chase before being ruled out of the Cheltenham Festival, and provided he can stay fit, there should be plenty more to come from him yet for the Gordon Elliott team.

Cabaret Queen can push on for Mullins

Cabaret Queen proved to be a rare blot on the copy book for the Dan Skelton team last season, in that she seemed to stagnate over fences, but the change in ownership and switch to Willie Mullins over the summer seems to have done the trick, and she built on a promising seasonal reappearance at Limerick last month by winning Sunday's feature at the same track, the Munster National. Bowling to a 13-length success in heavy conditions, staying looks to very much be her game, and she's one to keep an eye on in the coming months.