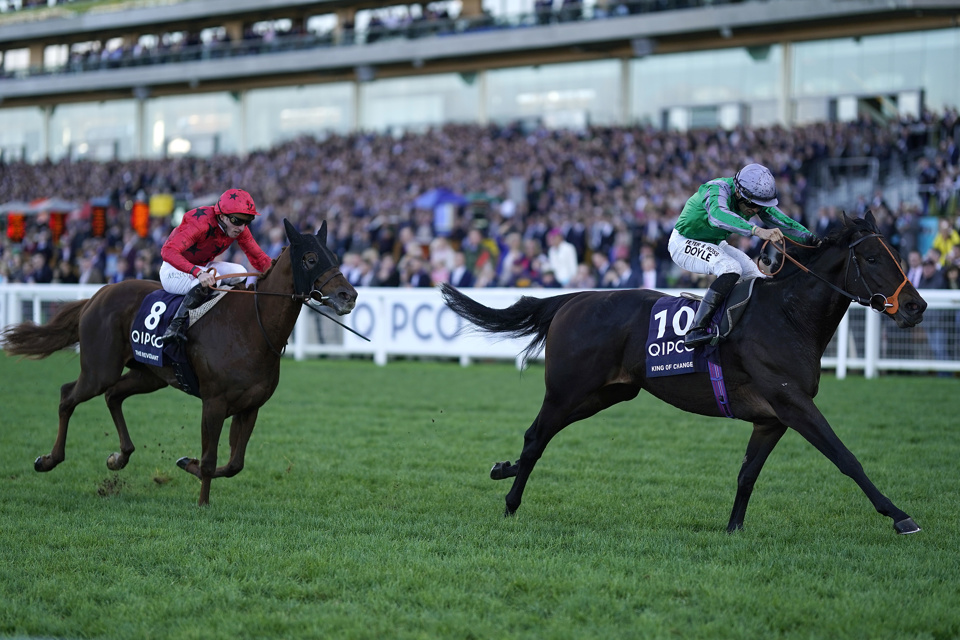 King of Change was an impressive winner of the Queen Elizabeth II Stakes.

We pick out five key talking points from Champions Day at Ascot as the Flat season came to a close (officially at least)...

Magical makes the most of Enable’s absence

Although she’d ultimately suffered defeat in four of her eight outings this season coming into Saturday’s Champion Stakes, you’d be hard-pressed to find a more consistent filly in training this season than Magical, who you can certainly argue has been rather unlucky to be around at the same time as the wonder-mare Enable. Indeed, Magical has chased home Enable on each of her four defeats this season (though Waldgeist ultimately came out on top in the Arc), but she’s been making plenty of hay when her old rival swerves an engagement, and duly completed a Champion Stakes double on Saturday, having won the Irish equivalent last month. She’ll still have something to find on form with Enable next season, but she will remain as one to follow when away from that rival if staying in training next year - and she could yet have one more appearance this season, in next month’s Breeders’ Cup.

The Sprinting division remains without a star

We began Champions Day with the 17-runner Champions Sprint Stakes, which saw the Andrew Balding-trained Donjuan Triumphant cause a 33/1 surprise. While he was a game and deserved winner on the day, it means that we finish the season with no standout star in the sprinting division, which was blown wide open by the retirement of the Godolphin-owned Blue Point. Indeed, each of the July Cup (Ten Sovereigns), the Nunthorpe (Battaash) and the Haycock Sprint Cup (Hello Youmzain) were won by different animals, and with Battaash very much at home at the minimum trip, the door is certainly open for someone to assert themselves over six furlongs next season at the very least.

What a victory this was by DonJuan Triumphant in the Champions Sprint Stakes 🏆🏇 https://t.co/PfPkXvj6UZ

The staying division is a gruelling one

Much to the disappointment of favourite backers, Stradivarius was unable to finish the season unbeaten, suffering his first defeat for two years in the Long Distance Cup when defeated in a photo finish by Kew Gardens. Indeed, his last defeat before that had come in the same race in 2017, highlighting just how tough a season in the staying division can be. Although he had been flawless prior to that, scooping the £1 million stayers’ bonus for the second year running, Saturday’s outing was Stradivarius’ sixth of the campaign - and the prospect of having to contest a two-mile-plus ‘cup’ race once a month for six months eventually caught up with him. Even so, it took a photo finish to confirm his defeat, and he will return as the clear one to beat next year if he remains in the division - though connections have hinted a tilt at some prestigious middle-distance races could be on the agenda.

King Changes up the one-mile division

It’s been a while since the one-mile division has had a standout star, though judging by Saturday, King of Change looks one to follow next season. The three-year-old has been a big improver this term, building on his surprise second in the 2000 Guineas when winning a listed contest at Sandown last month on his next start, and his win in Saturday’s Queen Elizabeth II Stakes was an authoritative one. That was just his sixth career start, meaning that there could well be more to come from him yet, and with the division looking there for the taking at the moment, he could prove to be a real force as a four-year-old.

King of Change storms to victory!

The Queen Elizabeth II Stakes goes to King of Change who finds some serious pace on the soft ground 🏇 https://t.co/H0keDoZLRj

Although some of the shine was perhaps taken off by Stradivarius’ defeat in the Long Distance Cup 35 minutes before, Frankie Dettori sealed a landmark success in the Champions Fillies’ and Mares’ Stakes, picking up the 250th Group 1 victory of his remarkable career on board the John Gosden-trained Star Catcher. It’s a feat which certainly felt a million miles away when he was handed a six-month ban for using cocaine in 2012, but the 48-year-old has bounced back in remarkable fashion since, and considering that he hinted that he is considering delaying his retirement if it gives him the opportunity to ride against his 14-year-old son Rocco, we may see plenty more of the evergreen jockey just yet.

Racing Free Bets
10 Horses to Follow for National Hunt Season: Could some Cheltenham Festival winners emerge from this team?
By Steve Chambers