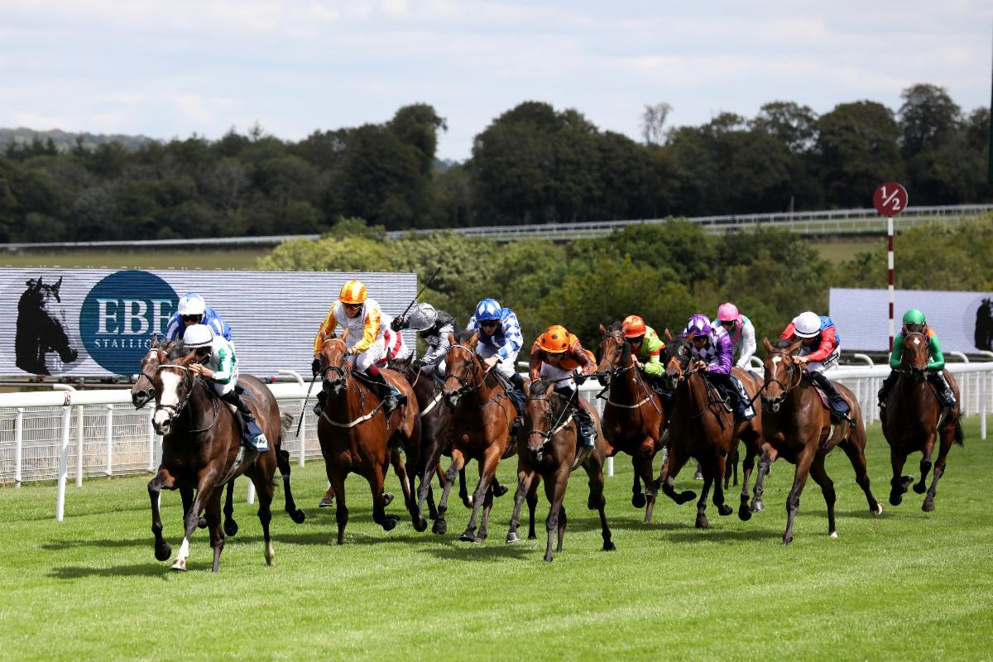 There's a fabulous seven-race card at Glorious Goodwood on Thursday, and you can check out our best bets for the day here...

Fresh from Group 1 glory earlier in the week with Trueshan, Alan King will be bidding for more Pattern success at Glorious Goodwood this week and he saddles the exciting juvenile Asymmetric in the Group 2 Richmond Stakes on Thursday afternoon. A dual winner, including one win at Goodwood, the son of Showcasing was just edged out by Lusail in the July Stakes at Newmarket last time out and a repeat of that effort should see him go close.

However, the one that is worth siding with is Richard Hannon's unbeaten Gubbass, who launched into the two-year-old limelight with a sparkling victory in the Weatherbys Super Sprint at Newbury just under two weeks ago, and he shaped like he could be a really smart performer over sprint distances. Having blossomed on debut when winning at Leicester, the Mehmas colt improved significantly at Newbury as he beat some smart rivals in the Newbury event.

Having travelled well throughout that event, he showed a fine turn of foot in the closing stages to propel to the front of the field in that five furlong event, and he shaped like a step up to six furlongs should pose no problems and he's worth following again. This will be a whole lot tougher, and he's likely to have to encounter much softer ground here, but he looks to have huge potential and with Hannon likely to improve him further for those Newbury exertions then he can step up to Group class with aplomb.

Charlie Appleby and Aidan O'Brien have won two of the last three renewals of the Gordon Stakes, and they are set to lock horns in the 2021 renewal of the 1m 3f 218y Group 3 and it's the latter of that pair that will unleash a fascinating dual-pronged attack at the race. Sir Lucan and Wordsworth locked horns in May in the Listed Yeats Stakes at Navan with the former just prevailing, and the pair will do battle once again on Thursday, but it's going to be tough for Sir Lucan to frank that form.

Since that outing, Wordsworth has been a regular on the track and ran a fine race to finish runner-up in the Queen's Vase at Royal Ascot, while he dropped back in trip to contest the Irish Derby at the Curragh, where he finished a gallant third. Last seen finishing an excellent second in the Group 1 Grand Prix De Paris behind Hurricane Lane, Wordsworth has come on significantly from his clash with Sir Lucan, and if he can replicate that Longchamp run from last time out then he should be good enough to strike here.

His main danger appears to be the Appleby-trained Yibir, who put in a taking display when winning the Bahrain Trophy at Newmarket and he shaped like he could be an exciting stayer for the future. But, he drops down in trip for the Gordon Stakes, which may be a slight hindrance, and with ground conditions likely to be a lot different, and with him having to give 3lbs away to Wordsworth then it's the Ballydoyle raider that can storm to glory.

Six will go to post for Thursday's feature, the Group 1 Nassau Stakes, but there's some exciting performers ready to strut their stuff in the 1m 1f 197y contest and all eyes will be on the James Fanshawe-trained favourite Audarya, who has been hugely progressive in recent times, and is well fancied to claim top-class glory here.

A shock 33/1 win in the Group 1 Prix Jean Romanet last August launched her into the limelight and since then she has gone on from strength to strength. The five-year-old mare then went globetrotting to the US and stormed to victory in the Breeders' Cup Filly & Mare Turf, while this season she showed she still oozes class when finishing a three-quarters-of-a-length second to the mighty Love in the Prince Of Wales's Stakes at Royal Ascot.

She will have to give weight away to a couple of other Aidan O'Brien-trained raiders here, and while Joan Of Arc and Empress Josephine are not in the same stratosphere as the abovementioned Love, they are two classy fillies and could be notable runners, while Roger Varian's last-time-out winner Zeyaadah is another three-year-old receiving weight and is of interest.

Fellow five-year-old Lady Bowthorpe won the Dahlia Stakes earlier in the season and has gone on to run well in the Duke Of Cambridge Stakes at Royal Ascot, where she finished second, but she could only finish fourth in the Falmouth Stakes last time out, and it maybe that she lacks the class to get her head in front in Group 1 company, and thus it's wise to stick with Audarya, who can claim victory.