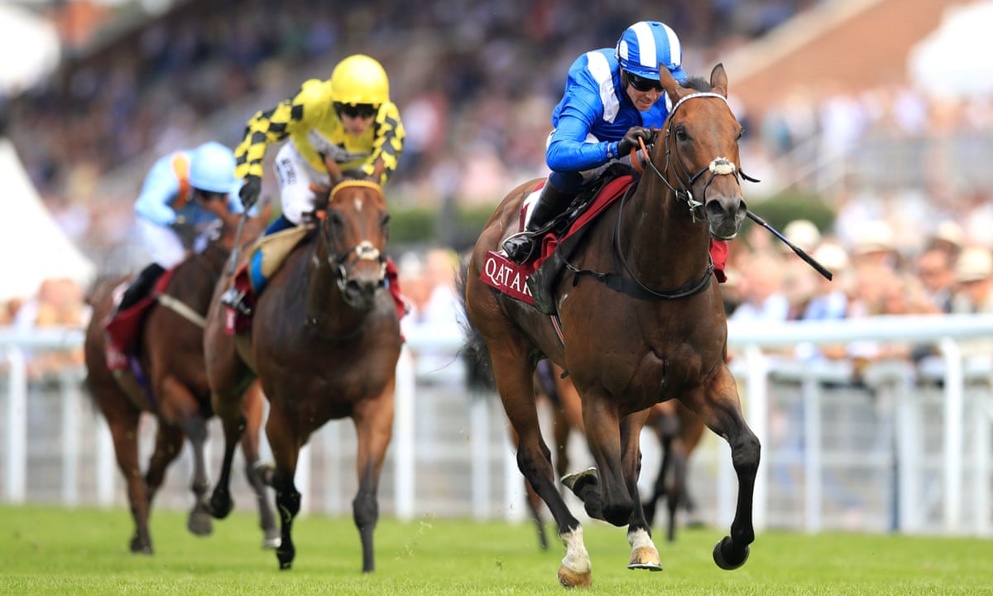 With Glorious Goodwood a week away, Steve Chambers looks forward to the summer showpiece, and picks out some tips for the south coast Flat extravaganza. Ahead of the imminent event, he has picked out his Nap of the meeting, his lay over the five days and a big-priced fancy that could cause a shock...

Two of Aidan O'Brien's big guns maybe in the ante-post betting for the Nassau Stakes at Glorious Goodwood next week, but with Love destined for the King George at Ascot on Saturday, and Snowfall still celebrating her emphatic win in the Irish Oaks last weekend then the Group 1 feature on Thursday afternoon looks a winnable event this year.

Fresh from a fine Group 1 win in the Falmouth Stakes at Newmarket, Snow Lantern could well take her chance against her elder rivals, while Joan Of Arc and 1000 Guineas heroine Mother Earth are another brace of three-year-olds that could play a prominent role in the contest.

But, the standout selection looks to be the James Fanshawe-trained AUDARYA, who was last seen running a mighty race in behind Love in the Prince Of Wales's Stakes at Royal Ascot, and she can build on that effort on day three of the Flat extravaganza, and she looks the Nap of the meeting.

Sitting at the head of the betting - and rightly so - Audarya ended last season with a fabulous win in the Breeders' Cup Filly & Mare Turf at Keeneland, while she claimed another notable prize when landing a 33/1 shock in the Prix Jean Romanet at Deauville. A winner of a handicap off 87 on her last visit to Goodwood, the daughter of Wootton Bassett is now playing at the top table of Pattern company, and has continued to progress with every run.

With potentially limited top-class opposition to face in the Nassau Stakes, Audarya could well just have the class to get the better of her rivals, and she can add another notable success to her expanding CV.

A four-timer winner of the King George Stakes, BATTAASH has been unbeatable in this Glorious Goodwood Group 2, so you could be foolish to take on the Charles Hills-trained speedball in a race he's dominated for nearly half a decade. However, he will face some real classy rivals in this year's renewal, and having failed to fire at Royal Ascot in the King's Stand Stakes he could be worth laying at Glorious Goodwood.

As short as 5/4 with some bookmakers the seven-year-old will relish a return to the south coast and a trip to Goodwood often brings out the best in him, but the manner he wilted when under pressure in the King's Stand leaves a cloud hanging over him. Having disappointed at the Royal meeting before he's bounced back at Goodwood a month later, and connections will be hoping he can do just that this time around.

But, with the likes of unlucky Commonwealth Cup runner-up Dragon Symbol along with the speedy King Power racing duo of Art Power and Winter Power then Battaash certainly won't get it all his own way out in front. Art Power, in particular, ran prominently for most of the July Cup before just being reeled in late on by Starman, so a drop back to five furlongs here could see him flourish. Came From the Dark and Liberty Beach are another brace of eye-catching entries that add significant depth to the race, and of that aforementioned quintet there could be one that lowers the colours of Battaash, who bids for a fifth win.

One of the betting races of the entire festival, the Golden Mile Handicap will take place on the Friday of Glorious Goodwood and it's set to be an epic punting race. One of the premier trials for this race is the Coral Challenge at Sandown Park and a number of contenders from that event are entered here and you are firstly drawn to the winner that day Magical Morning, who is looking to follow up next week.

A comfortable winner that day, Magical Morning shaped like there's more to come and that's why he's been installed as the 8/1 second favourite, at the time of the penalty. However, second that day was the Mark Johnston-trained MAYDANNY, who was beaten three-quarters-of-a-length, but with Magical Morning forced to carry a penalty in the Golden Mile Handicap then the Johnston raider can reverse the form.

Dropped 3lb to a mark of 100, Maydanny has been given a chance by the handicapper to get his head in front, and the 14/1 on offer for this prize looks far too big to let go. A hugely impressive five-length winner of a handicap at Glorious Goodwood last season, Maydanny bagged victory off a mark of 90 that day, so he will need to show vast improvement to strike off a higher mark.

Quick ground conditions shouldn't cause any issues for the five-year-old, and while the likes of Real World and Perotto could be major players, if taking their chance, it's Maydanny that looks a cracking bet at decent odds.