Gosden hoping it stays dry for Stradivarius in the Gold Cup 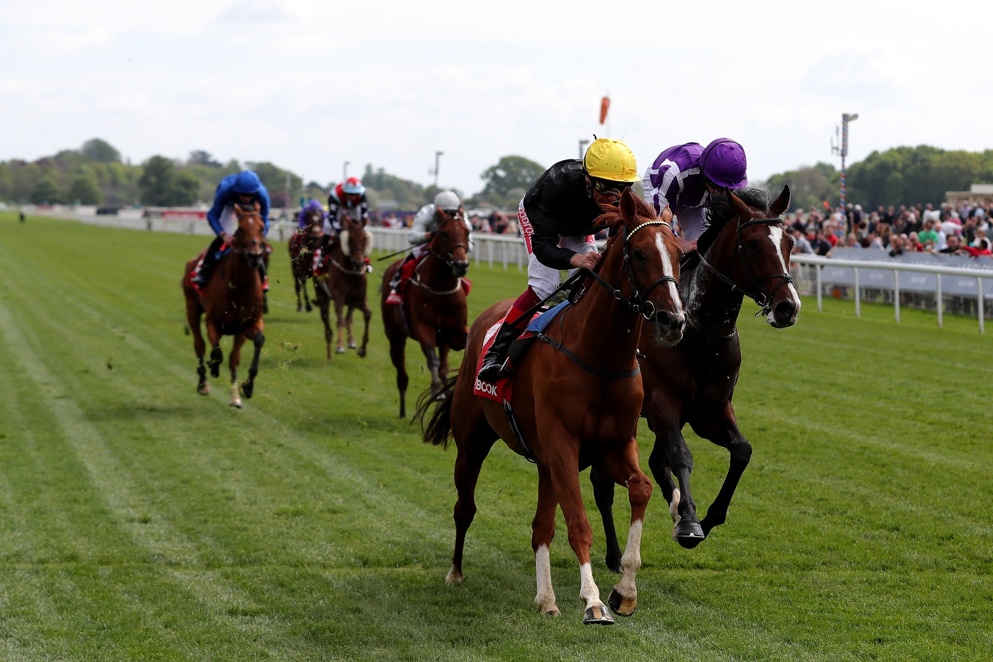 Stradivarius is aiming to win the Ascot Gold Cup for the third year running.

John Gosden has admitted that he's keeping his fingers crossed that the rain stays away for Stradivarius, who's bidding to win the Ascot Gold Cup for a third straight year on Thursday.

The six-year-old has been defeated just once over two miles or further in the past two seasons, and is an odds-on favourite to prevail in the absence of main rival Kew Gardens - his conqueror in the Long Distance Cup here on Champions Day last October.

However, there are a couple of improving types lurking in opposition, and Gosden has admitted that he is wary of the recent downpours - adding that this charge wouldn't want it to be too much softer than the current good conditions.

Gosden was speaking after the Group 1 Prince of Wales's Stakes on Wednesday, which was won in really impressive fashion by the upwardly-mobile Lord North.

The four-year-old has gone from strength to strength since winning last year's Cambridgeshire Handicap at Newmarket, and he showed an excellent turn of foot to seal a first Group 1 success - something his trainer was delighted with;

"He was tormenting himself. Testosterone is the most dangerous drug in the world, and he is a lovely horse to be around now.

"Lord North has got better and better. He is very powerful and, for a gelding, he has a great body to him. I was looking at the race and talking to Peter (Shoemark, John Gosden's Racing Office Manager) and I thought this race was winnable for Lord North, so at 9:55am we put him in - it was very late.

"I was toying between this race and the Listed Wolferton Stakes under a penalty as you want to have a winner at Royal Ascot. I said no, let's go for this.

"I would say give him a week, 10 days and see how we are. He has had two very quick races. He blew up at Haydock. Rab said at the furlong pole, he went for his girths, so he did well to hang on there. He has had two hard races, so we'll freshen him up and then make decisions."