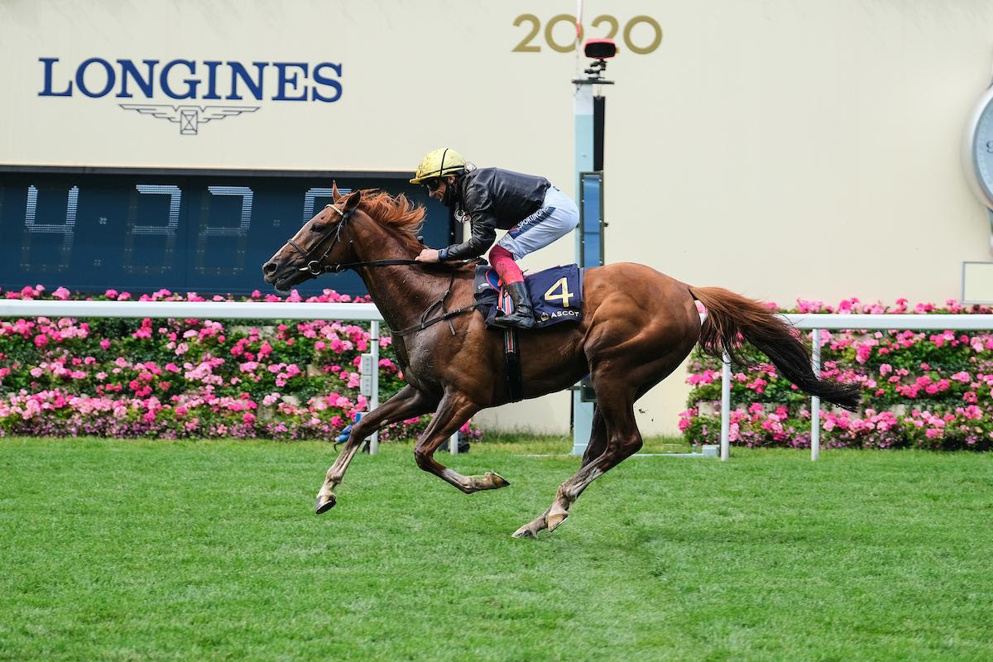 Stradivarius was a devastating winner of Thursday's Ascot Gold Cup.

John Gosden hasn't ruled out the possibility of Stradivarius running in the Prix de l'Arc de Triomphe at Longchamp this autumn, after he produced a sensational performance to win the Ascot Gold Cup for the third year running on Thursday.

The six-year-old strengthened his hold on the staying division with a devastating 10-length victory in the Royal Ascot feature, and he could well follow a similar path to the  2016 Ascot Gold Cup winner Order Of St George, who finished an excellent fourth behind Enable in the 2017 renewal of the Arc at Chantilly.

Stradivarius ran with plenty of credit when third over a mile and a half in particularly quick conditions in the Coronation Cup at Newmarket earlier this month, and while staying contests will remain his priority during the summer, Gosden hasn't ruled out the possibility of heading to the French capital with his star.

He said: "Stradivarius is quite a character. I must change my aftershave, as he got quite coltish whilst I was saddling him. I must have overdone the aftershave or something. He is quite a noisy character and he was having a shout and play out there - he does think life is a bit of fun and when you win races like this, I suppose it is.

"He showed me that the hard race he had at Newmarket had not flattened him. When he was that fresh when I was saddling, I thought that the bounce factor was under control."

"It was a superb performance today from Stradivarius. I think the benefit of running in the Coronation Cup in a track record time meant he was fully fit. I was concerned about the bounce factor and him maybe not being fully fit, but he was full of himself saddling.

"He has that exciting thing which is a turn of foot. He is a bit of a mate, as he lives below the guest bedroom. When Bjorn Nielsen comes to stay and opens the window, Stradivarius is just there looking at him.

"He has beaten some good horses in his time. People have tried to criticise the opposition, but he has put them away with that turn of foot and he has even done it on this ground."

"We will look towards the Goodwood Cup and a fourth win there. He has won three of them already. We will have a look at that and if we run there, we might then take a pull. There is talk of running in an Arc. He ran brilliantly in the Coronation Cup and maybe an Arc on autumn ground is not out of the question."

Stradivarius is a general 20/1 chance for the 2020 Prix de l'Arc de Triomphe at the time of writing.