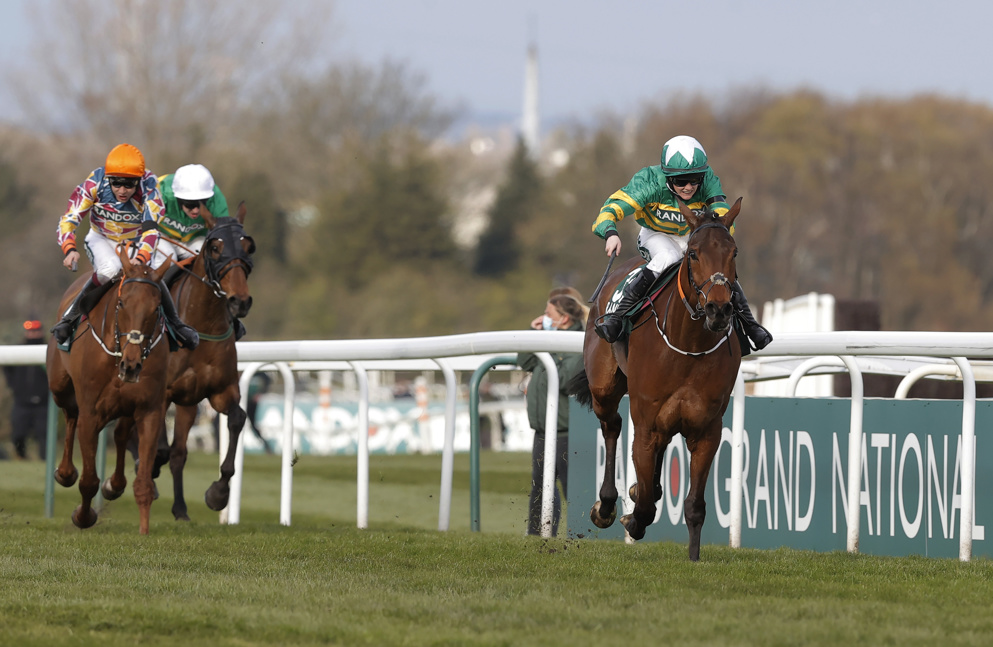 Minella Times comes into the 2022 Randox Grand National as the defending champion and as such will undoubtedly prove popular with punters who have back-to-back winner Tiger Roll fresh in their mind...

After her unbelievable Cheltenham Festival of 2021, it was always going to be true that whichever horse Rachael Blackmore was booked to ride would be one of the most popular picks for casual punters and racing fans alike to give her the chance to become the first ever female rider to claim the Grand National prize.

Minella Times, however, did not always seem the most obvious Grand National contender. He never raced at three miles as a hurdler, indeed he showed enough speed to win a maiden hurdle over the minimum trip back in May 2018. He was always set to be a chaser and after a few patchy runs over fences on his first four starts, his marriage with Blackmore proved the key to shedding his maiden tag over fences with a success over Ben Dundee over 2m4f at Navan in December 2019.

She was not on board for his next two starts and Minella Times was not first past the post, but upon his reappearance in the autumn of 2020 Blackmore took the reins again and steered him to another chase success on his seasonal debut, beating Beyond the Law by half a length at Listowel over 2m6f.

After this he had two more second placed finishes before that stunning 6 and a 1/2 length win at Aintree in last season's National. He was given a masterful ride from his pilot but also secured a dream run through and clearly took to the test like a duck to water. He won last season's contest off 10"9 and will face a much steeper task this year when racing off 11"4. Additionally, he has looked seriously off colour on both starts this campaign, a pipe opener behind Allaho ending with a fall before he was pulled up off top weight behind Birchdale in a handicap chase at Leopardstown in February.

Of course Aintree and particularly National fences form is crucial, and it could reignite the spark for Minella Times once more with Rachael in the saddle, but he will need to be even better than last season in what looks another devilishly competitive Grand National.