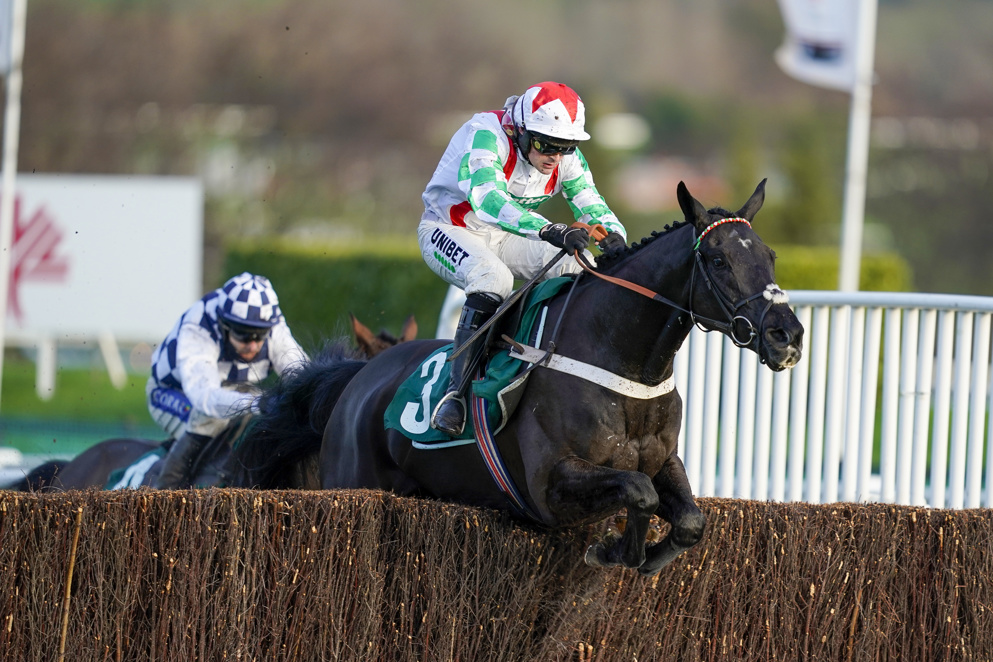 Ed Quigley takes a look at the Grand National Festival at Aintree, and picks out his best bets for the three-day National Hunt meeting...

Aintree's Grand National meeting is almost here, and I am really looking forward to what should be three days of quality action in Liverpool.

At 13:45 on Thursday we should have an exciting renewal of the Manifesto Novices' Chase. HITMAN is a progressive five-year-old for Paul Nicholls and could take some stopping here back up in class after a nice confidence-boosting win at Newbury last month, Paul Nicholls avoided the temptation to go to Newbury with him and coming here a fresh horse should be to his benefit.

ABACADABRAS could take some stopping in the Aintree Hurdle - although I admit stepping up in distance doesn't look the most obvious move for him. However, on spring ground and a flat track this looks the perfect opportunity to get back to winning ways after his mishap in the Champion Hurdle. I expect him to be played late and looks to have leading claims.

ZANZA is one that I think could easily land the Red Rum Handicap Chase if he can stay out of trouble. He was starting to pick off his rivals in the Grand Annual before being more or less brought down just as the race was warming up. I maintain I think he still has the scope to be significantly better than an official mark of 145 - he will just need the cards to fall right for him.

I am really keen on the claims of MISTER FISHER in the Aintree Bowl. The bare result of his performance at Cheltenham last month doesn't tell the full story - despite making a noticeable error at the water jump, he ran well for a long way in the Ryanair Chase, and had closed to just over two lengths behind Allaho when he belted the third-last and was subsequently pulled up. Nico De Boinville expressed that he felt he wasn't out of it at the time of his blunder but did comment that he felt the horse needed to step up in trip now, as he was 'having to go in top gear' throughout the contest. Nice ground and three miles should suit him perfectly and a big run should be on the cards for the Seven Barrows representative.

Nicky Henderson looks to have a strong hand on the Friday with the returning Dusart one to look forward to in the Top Novices' Hurdle but it is in the Topham Chase where I think the yard have two outstanding candidates. CARIBEAN BOY ran better in the Plate at the Cheltenham Festival than his finishing position suggests in finishing seventh. The race took umpteen attempts to get going and Caribean Boy, who likes to front run, got stuck in traffic towards the back of the pack. He likes to jump out in front so I am happy to put a line through that run after the farcical start. Drying ground would really aid his cause, and the defeat of Fiddlerontheroof at Newbury earlier in the season reads pretty well in context. I have tipped MORNING VICAR ante-post for this, and he ran well for a long way in the Kim Muir before fading over a trip that put too much emphasis on stamina. Back in distance here he ought to be on the scene.

Cheltenham Festival scorer CHANTRY HOUSE looks the one to beat stepping up to three miles in the Mildmay Novices' Chase. He capitalised on Envoi Allen's mishap to land the Marsh Chase, and did so in the shape of a stayer. Three miles should suit, but it won't be easy, with the likes of the Colin Tizzard trained duo The Big Breakaway and Fiddlerontheroof likely to be in attendance.

The Melling Chase I find a bit of a head-scratcher and don't see an obvious bet at the moment. Politologue, Master Tommytucker and Dashel Drasher are all amongst the entries in a race that looks too close to call.

It would be good to see the Paul Nicholls trained BRAVEMANSGAME step up to 3m for the Sefton Novices' Hurdle. He ran with credit in defeat in the Ballymore, in a race won in emphatic style by Bob Olinger. He should be some force over fences next season, but in the meantime, should enjoy this test if connections decide to let him take his chance.

On to the Saturday then, and as mentioned in last week's column, as far as the big race goes, my fancy at this stage is ANIBALE FLY, trained by Tony Martin. The 11-year-old has finished 4th and 5th in his previous two attempts. They were off marks of 159 and 164 respectively, so has to be taken seriously off 155 this time around. He has had a lighter preparation than previous years and that looks a positive move.

MY DROGO is a horse I am really looking forward to over a fence next season, but in the meantime he looks worth his place in the lineup for the Mersey Novices' Hurdle, and the step up to 2m4f should be perfect for him should they choose this route. He powered clear from his rivals to land a Grade 2 at Kelso last time out and remains unbeaten over hurdles. The Dan Skelton representative can enhance his reputation here.

Arkle winner SHISHKIN should have too much for his rivals in the Maghull Novices' Chase, whilst in the Liverpool Hurdle I think THYME HILL will be the one to beat. He missed his engagement in the Stayers' Hurdle due to a minor muscle injury at the eleventh hour. That could be a blessing in disguise as he arrives here a fresh horse, whereas his old rival Paisley Park had what appeared to be a hard race at the Festival. Thyme Hill isn't short of dash, and this assignment looks perfect for him.

Enjoy the action, and with the Masters taking place if any of my Anibale Fly - Spieth/Reed/Garcia doubles hit the target,  you might not hear from me next week!