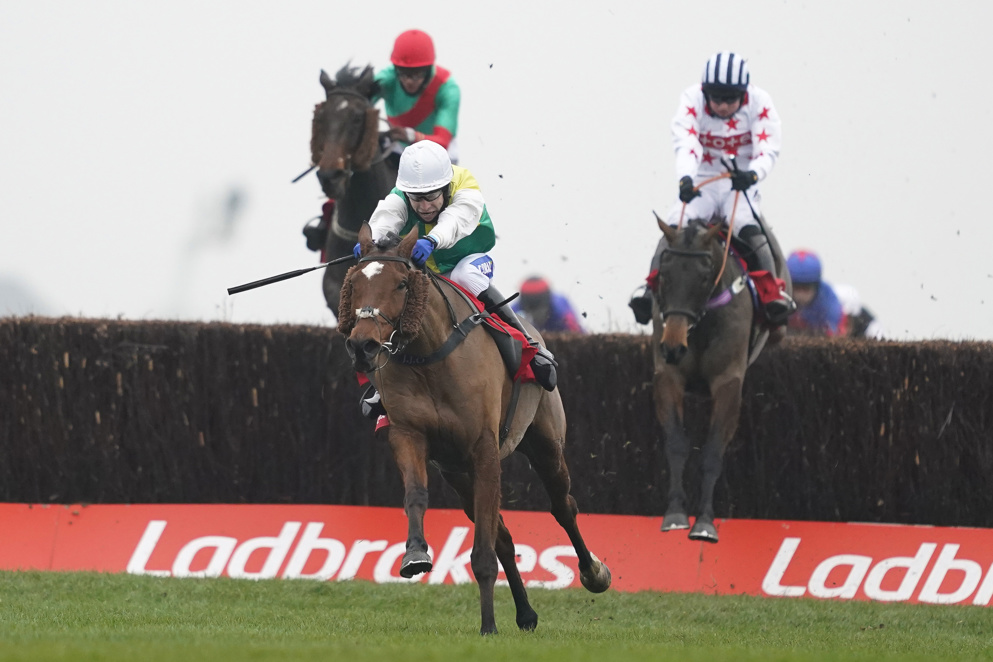 Grand National Tips: Cloth Cap is the one to beat at Aintree

Tanya Stevenson previews the 2021 Grand National and gives us her tips for the Aintree marathon...

Everyone has a view on the Grand National, whether you associate a name to a family member, there’s a horse called your favourite colour or number, or in this year’s case headwear, many find themselves pitted against those with supposed analytical prowess.

Aintree seems to have crept up quietly and there is always so much to enjoy, three days of great action culminating in the great race so different to when I first attended in the 70s to how it shapes up now.  See I was a regular helping out and working at the family bookmaker pitch on course.  There’ll be none there this year and my heart goes out to each and every one who has had to sit it out, fingers crossed lockdown will be eased sufficiently to see their vibrancy once more.

It certainly was a thrill working on Grand National Day, you had a whole different feeling as they were sent on their way, in my day it was long columns of handwritten bets and piles of torn tickets should the result go awry, and you watched the race for the liabilities and where your savour, if any, may be positioned.  Times that I enjoyed most in my life, in charge of your own destiny and anonymous.  I could bore with various anecdotes but all that is needed are my selections here.  Obviously expensive mistakes made and pay queues felt never ending, but the camaraderie was second to none, even though sometimes meals had to be missed.  No need to get the violins out though.

In those times it was not pointing out who would win, but finding those who you thought would not and value to lay.  I don’t think I’d have been taking on Cloth Cap but I do see him drifting.  The course is not as trappy.

Cloth Cap has so much going for him, he would be carrying much more weight for one, he has been impressive at not only Newbury but Kelso just 35 days ago, and Secret Reprieve who I thought his main danger in all probability won’t get a run!  Owner Trevor Hemmings is a lucky man already bagging three Grand Nationals.  Tom Scudamore will have his 19th ride in the race, and he has completed a few times.  Jonjo O’Neill is seeking a second victory after Don’t Push It in 2010.  So often I shy away from favourites but on this occasion, I believe he will go out to 5-1 or may be bigger and for that he is to be included.

There was a 66-1 winner of the Foxhunters on Thursday, proving how the big spruce fences have a tendency to throw up a result.  Those once upon a times become happy ever after and they could with Sub Lieutenant, Mother and daughter will team up with one of the best stories should it unravel.  Tabitha Worsley has form over the National course having won the 2019 Foxhunters, Sub Lieutenant was second in the 2019 Topham Trophy.  He has run two solid races in competitive Ascot handicap chases this season.  He has a featherweight and a chance of making at least the frame if getting in a rhythm towards the head of affairs.

Sean Quinlan has had a brilliant season his best ever with 61 wins to date, he and Takingrisks make a great partnership they have won the 2019 Scottish Grand National, 2019 Rehearsal Chase and in January this year they teamed up for the Sky Bet Chase.  Together they are four wins from seven runs.  My only concern with Takingrisks is that he is a proven stayer and he might get too detached early doors. Big fields don’t phase him though and when focusing on his starting price he has always been underestimated.

Vieux Lion Rouge has completed the course on all nine occasions he has run, five Becher Chases, winning in 2016 & 2020, four Grand Nationals and a total of 223 big spruce fences jumped.  His trainer David Pipe has had 34 runners in the race to date, winning in 2008 with Comply Or Die.  Conor O’Farrell has had five previous rides with a best finish of 6th in 2013 on Swing Bill.  Like Sean Quinlan he is having his best season to date with 39 winners.  What a thrill to be back on Vieux Lion Rouge as the pair sauntered home in the Becher back in December.  However, in the three previous Grand Nationals Tom Scudamore has been on board, can fate provide a bit of irony that the one horse Tom Scudamore has to pick up come the elbow is Vieux Lion Rouge?

I write this with slight deflation as I won’t be there but more importantly none of you can be there!  Fingers crossed that will change in 2022.  For now, here’s hoping amongst the quartet of Cloth Cap, Takingrisks, Sub Lieutenant and Vieux Lion Rouge there is the winner.