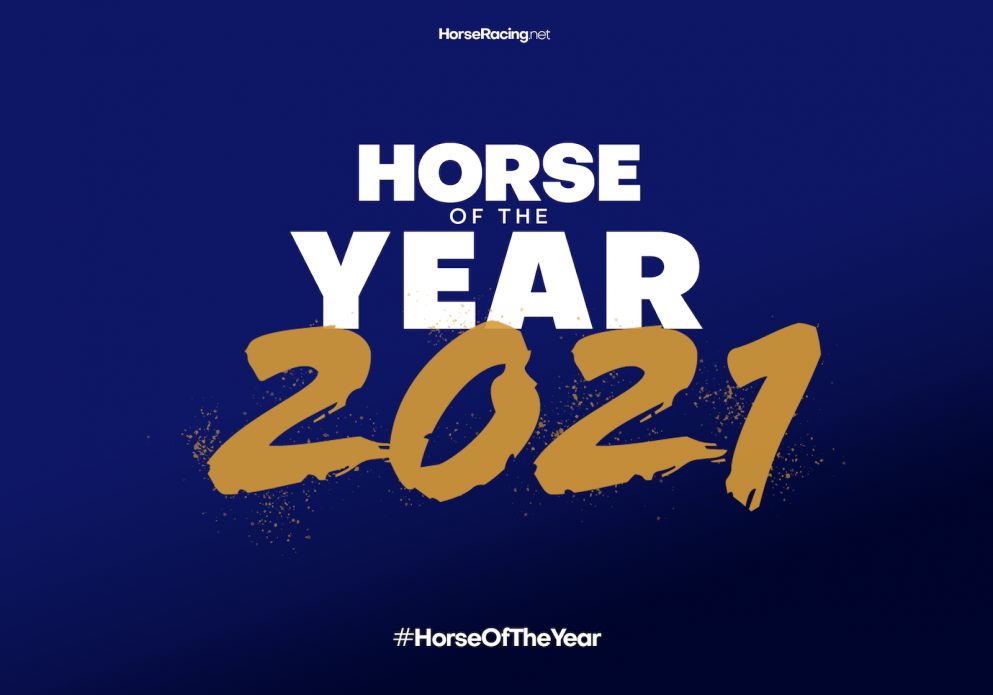 2021 is drawing to a close which can only mean one thing - Horse Of The Year is here!

After two successful year’s running our ‘chosen by you’ award, the 16 best Flat horses and 16 best Jumps horses clash once again to be crowned the 2021 horse of the year.

One name is then randomly pulled out from each pot, leaving us with eight groups (A-H) featuring two flat horses and two from the world of National Hunt.

Our Twitter followers will then vote via Twitter polls for who they think the stand out horse from that group is, and the top two from each will enter the round of 16 stage before advancing through to the Quarter-Finals, Semi-Finals and eventually the Final - which will take place on New Year's Eve.

Let’s hope that whoever wins this year’s award doesn’t meet the same fate as 2020 winner Envoi Allen, whose form of FP16 in 2021 has seen him fail to make the shortlist for this season! 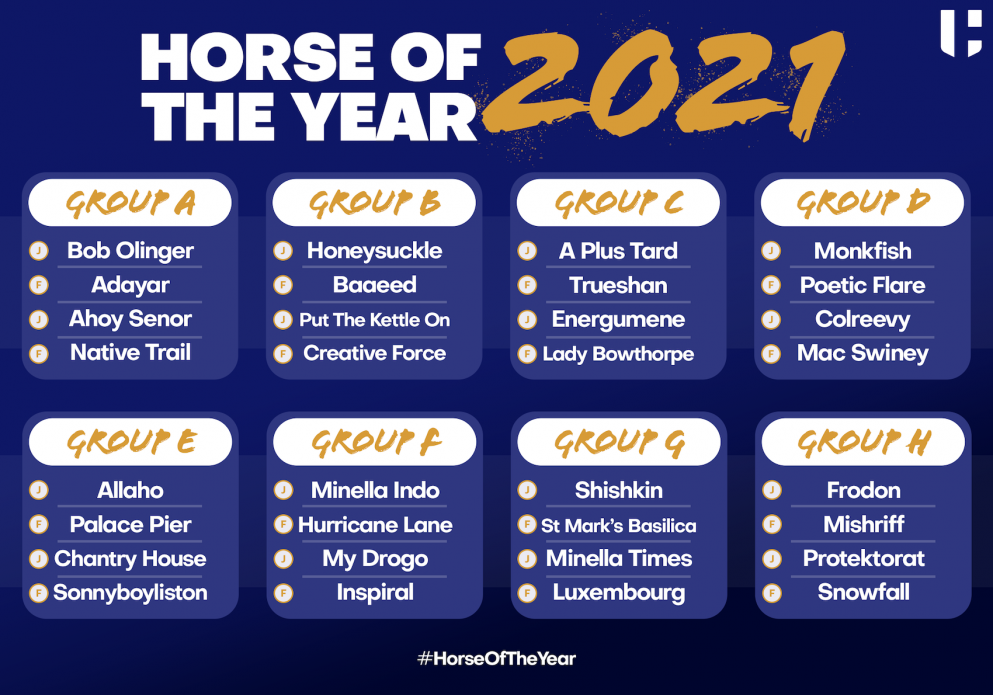 Who is your idea of the winner?

Polls will last for one hour, except for the final which will run for 2 hour, starting on the mentioned exact times.