There are six racing meetings taking place on Wednesday and the feature card comes from Chester, as they host the first day of their May meeting, which is live in front of the ITV racing cameras. There's alternative action at Newton Abbot, Kelso, Gowran Park, Fontwell and Kempton Park and we pick out some of the most fancied horses on what should be an action packed day's racing... 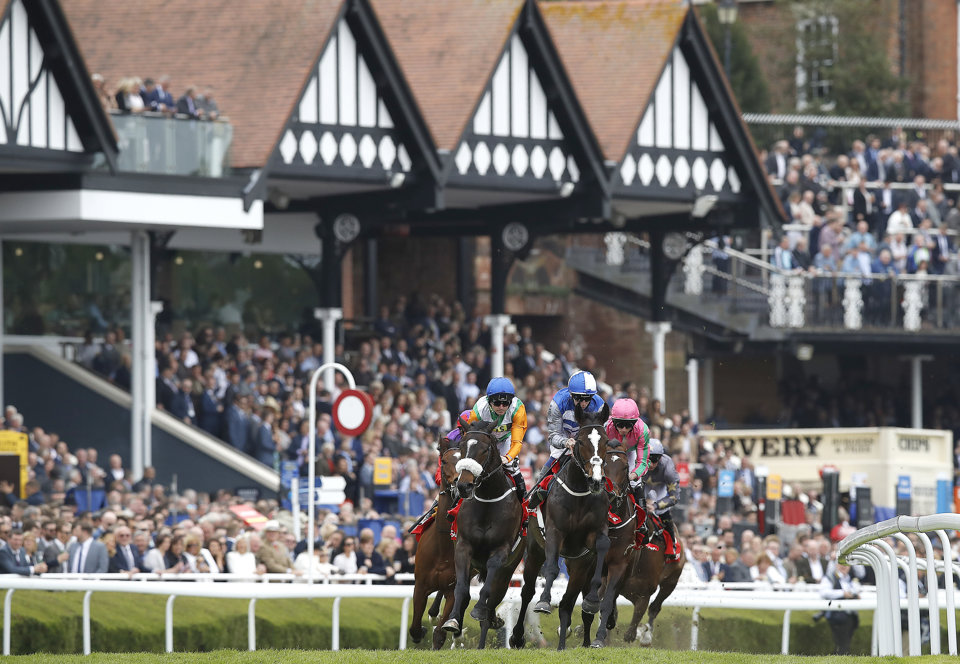 Check out Wednesday's best bets from a host of racing tipsters

Flying high at the top of the naps table is Expert Eye from On The Nose, and the red-hot tipster racked up another winner yesterday and will bid to build on a fine profit of £32.68 as he heads to Chester for the best bet of the day. The leader has picked out the Hugo Palmer-trained Ever Given, who is an 11/4 shot for the 15:40 contest, and the course winner will look to sparkle on the Roodee once again and duly hand Expert Eye another winner to cement top spot.

There are some popular horses running at Chester on Wednesday and the most popular nap among the racing writers is the Adam West-trained Live In The Dream, who is a red-hot 13/8 favourite for the 14:05 contest, as that raider looks to improve on a fine victory at Sandown Park a couple of weeks ago.

Donald McCain's Paws For Thought is an 11/2 chance for the 16:45 at Chester and that contender is another that has been napped by five racing tipsters, which include Melissa Jones from The Mirror Online and Chris Wright from the Liverpool Echo. A course and distance winner, the four-year-old will need to recapture some old form having struggled of late, but he has to be respected in a hugely competitive betting heat.

Other notable selections on day one of the May meeting from Chester, which is shown live on ITV racing, Broken Spear is a 10/1 chance for the same 16:45 race and is napped by four tipsters, while Joseph O'Brien's Above The Curve (three naps) in the 14:40 race is another that has proven significantly popular on a cracking day's racing at the north west venue.

Lambourn of The Racing Post is in hot pursuit of Expert Eye at the head of the naps table, and the current second placed sitter (£18.69) heads to Newton Abbot for the best bet of the day and Lambourn has picked out the Nicky Henderson-trained Falco Blitz, who will face three rivals in the 13:50 contest and is currently trading around the 11/4 mark.

The Sunday Express tipster is in excellent form of late having notched a brace of winning selections in the last two days, and that in-form tipster heads to Kempton Park's all-weather card this evening and is backing the 9/1 chance Easy Equation, who lines up in the 20:30 race. Still a maiden, the four-year-old was last seen finishing fifth at Salisbury and has been dropped 2lbs since then, so has to given some respect today.

For those looking for a big-priced selection today could follow Lawrence Taylor from At The Races, as that tipster heads to Gowran Park's 18:50 contest, and Taylor has napped up the 16/1 chance Gradulations, who was last seen finishing second at the track, and the three-year-old filly will attempt to go one better today.

Pulled Up
9/4
Wednesday 4th May