International Hurdle Tips: Back this value play to cause a shock at Cheltenham 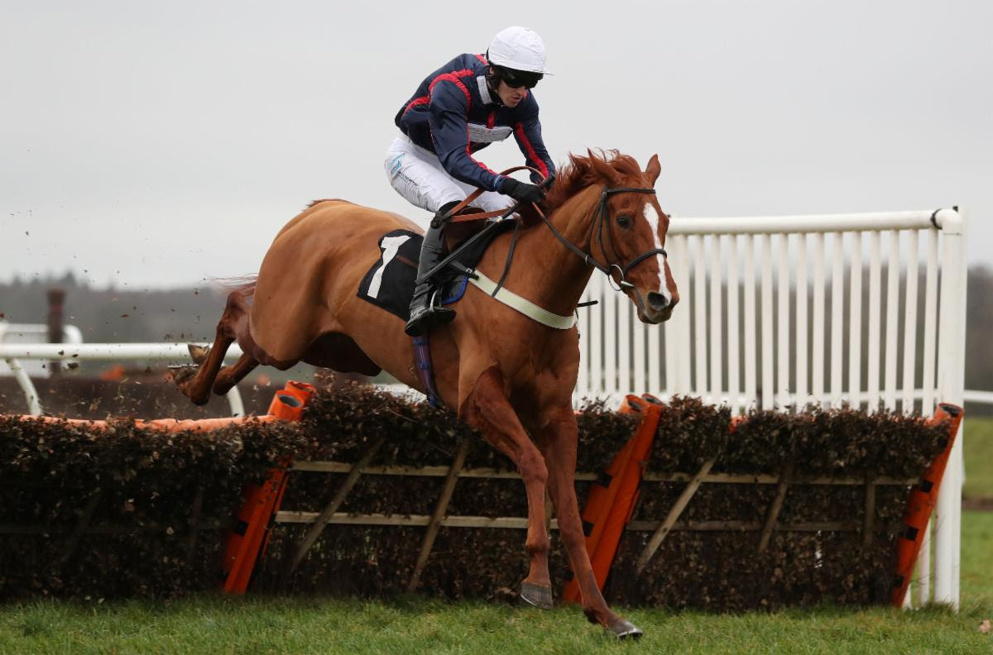 International Hurdle at Cheltenham: Song for Someone respected but opposed

This is a disappointing field for such a prestigious race, in truth, but that doesn’t mean value cannot be found in the market! We have got Billy Grimshaw to look through the runners and riders and he likes the look of one currently available at a double figure price…

The International Hurdle has had a stellar list of winners, including legends like The New One, Rooster Booster and Harchibald, but it shouldn’t take a horse as mighty as those named to take the crown in the 2021 edition of the race. Favourite for the race since early declarations has been Song for Someone, and the likeable six-year-old certainly looks the most likely winner of those at the top of the market. He is guaranteed to enjoy the course and distance after winning this race last year, beating Silver Streak by a nose, and is expected to give a bold showing.

Sceau Royal is next in the betting and Alan King’s old stager will be hoping to return to form after fading tamely at the end of the Fighting Fifth at Newcastle last time out behind Epatante and Not So Sleepy. He still finished a respectable third in the Grade One but jumping the final flight looked ready to mount a serious challenge before seemingly being outbattled up the run in.  At odds of 11/4 and with his heart for a fight to prove others in the field make more appeal.

Arguably the most interesting entry in the race is Ballyadam for the Gordon Elliott stable. He seemed to have the world at his feet in early 2019 with some seriously impressive bumper performances, and his novice hurdle campaign was promising enough to see him sent off 6/1 for the 2020 Supreme Novices’ Hurdle at Cheltenham, a race in which he finished runner up but was brushed aside by wide margin winner Appreciate It. Ballyadam was scheduled to go novice chasing this season but after a disastrous first fence fall on his debut and another poor jumping effort next time out, Elliott has reverted him back to the smaller obstacles for this race. If at his best he should be bang there, but it is a case of watch and learn for next time with this Irish raider.

Guard Your Dreams for Nigel Twiston-Davies is a horse seemingly improving, but his performance at Ascot when third behind Buzz (Song for Someone was in second) did not imply a step down in distance was what was required for improvement and it is unclear why the Twiston-Davies charge should reverse placings with the favourite.

The runner that jumps off the page is Coral Cup winner HEAVEN HELP US. It is perplexing to see bookmakers offering this Cheltenham Festival victor at double figure odds, and with no obvious pace rival in the field she could get an easy lead which proved so crucial back in March. She was a nine length winner at the Festival and being allowed to bowl along in front is obviously crucial to the mare’s chances. The course form will prove invaluable as Heaven Help Us aims for Grade 2 glory, along with the weight she receives from all the geldings. With her defeat at Punchestown last month easily excused due to a shuddering error it the second flight, the odds at the time of writing of 12/1 are too good to ignore.

#AD New UK customers (Excluding NI) mobile only. £30 in FREE Bets (FB) as £20 in sports bets & a £10 casino bonus (CB). Min stake £10. Min odds Evs. FB applied on 1st settlement of any qualifying bet. FB 7 day expiry. 1 FB offer per customer, household & IP address only. Payment restrictions. 14 days to accept £10 CB, then active for 3 days. CB 5x wagering & max redeemable £100. Game restrictions apply. Cashed out/Free Bets won’t apply. 30 days to qualify. 18+. T&Cs apply
get offer
Bet £10 get £30 in Free Bets
#AD New customers on mobile only. 7 days to claim and stake £10 minimum bet at odds of 1.5 or greater to qualify. Free, void, cashed out or partially cashed out bets do not qualify. Max 3x £10 free bets credited on bet settlement. Free bets must be used on 4 or more selections with selection odds of 1.3 or greater. Free bets are non-withdrawable, and stake not returned with winnings. 7 day expiry. 18+BeGambleAware.org. T&Cs apply.
Double the odds, any sport, any bet, any odds!
#AD 18+ begambleaware.org Only valid for new registrations to Grosvenor Existing members do not qualify, Bet must be placed using real money in combination with the Odds Boost Token, Offer applies to Sport bets only. Max stake is £10. Each way bets are a maximum of £5 each way (£10 total). Customers have 60 days after registration to use the Odds Boost token. T&Cs apply.
Bet £20 & Get it Back As CASH If It Loses
#AD New customers only. Place your FIRST bet on any Horse Racing market and if it loses we will refund your stake in CASH. Max refund for this offer is £20. Only deposits made using cards will qualify for this promotion. T&Cs apply.
Welcome Offer
#AD Bet £10 & Get £50 in Free Bets for new customers at bet365. Min deposit requirement. Free Bets are paid as Bet Credits and are available for use upon settlement of bets to value of qualifying deposit. Min odds, bet and payment method exclusions apply. Returns exclude Bet Credits stake. Time limits and T&Cs apply. The bonus code SPTS365 can be used during registration, but does not change the offer amount in any way.
Bet £10 Get £30 In Free Bets
#AD 18+. Play Safe. New customers using Promo code R30 only, Min £10/€10 stake,  min odds 1/2, free bets paid as 3 x £10/€10, free bets credited after settlement of first qualifying bet, free bets will expire 30 days after the qualifying bet is placed, payment method/player/country restrictions apply.
Bet £20 & Get it Back As CASH If It Loses
#AD 18+ begambleaware.org Max £20 refund on first bet. Bet must be placed in first 7 days of account opening. Only deposits made via Debit Card will be eligible for the promotion. T&Cs apply.
Bet £10 Get £60 in Bonuses
#AD New UK customers only. Register using the promo code BETFRED60, deposit and place first bet of £10+ on Sports (cumulative Evens+) within 7 days of registration. First bet must be on Sports. £20 in Free Bets to be used on Sports, £10 in Free Bets to be used on Lotto and 50 Free Spins (20p per spin) credited within 48 hours of bet settlement. Further £20 in Free Bets credited 5 days after settlement. Bonuses have a 7-day expiry. Payment restrictions apply. SMS verification and/or Proof of I.D and address may be required. Full T&Cs apply.
Bet £10 Get £30 Free Bets (APP Only)
#AD New UK, IE & Malta customers only. 18+. Min £10/€10 first deposit using Debit Card or Trustly. Place a bet of £10 at min odds of 1.5. Free bets expire in 90 days. Full T&Cs apply.
Bet £10 Get £30 Free Bets + £10 Casino Bonus
#AD Minimum deposit of £10 using deposit code 30F - A qualifying bet is a ‘real money’ stake of at least £10 placed on any sports market - Minimum odds of 1/2 (1.5) - Free bets credited upon qualifying bet settlement and expire after 7 days - Free bet stakes not included in returns - Casino Bonus must be claimed within 7 days • To withdraw bonus/related wins, wager bonus amount x40 within 14 days • Wagering req. vary by game • Withdrawal restrictions and Full T&C’s apply. 18+ begambleaware.org
Bet £10 Get £30 Free Bets
#AD Offer includes a free £1 Race Index spread bet to try out our exciting 50-25-10 race markets. Place a £10 fixed odds bet at minimum odds of 1/2. Get 2 x £10 free fixed odds bets + 2 x £5 free Winning Favourites spread bets. Bet with live streaming on all racing and greyhounds! Ts&Cs Apply. 18+ begambleaware.org
£35 Free Bet + 10 Free Spins
If your account has Sportsbook losses at the end of your first day's betting, QuinnBet will refund 50% of your losses as a Free Bet up to £35 (min 3 bets) Plus 10 Free Spins. Even if your account is up, you're guaranteed a £5 Free Bet Plus 10 Free Spins provided you place at least 1 bet of £10 or greater at the minimum odds. T&Cs apply | 18+ New UK Customers Only | BeGambleAware.org
50% Up To £50 Welcome Bonus
#AD 18+ begambleaware.org; New bettors get 50% of deposit up to £50; Once per household; Min deposit £15 (no Skrill/Neteller); Wager a total of 8 times deposit + bonus, with max qualifying bet stake equal to your initial bonus amount; Bonus expires after 60 days; Min odds of 4/5 on singles, or 2/5 per leg for acca; Some bet types excluded; See full terms.
Latest racing results
Dundalk
17:00
Full Result
1stPrimo Uomo
16/1
2ndCollective Power
2/1F
3rdMaritime Rules
7/1
Newcastle
16:45
Full Result
1stLarado
20/1
2ndZip
12/1
3rdThe Turpinator
20/1
Newcastle
16:10
Full Result
1stDe Bruyne
15/8
2ndMacho Mania
11/10F
3rdTilt At Windmills
14/1
View All Today's Results