International Stakes: Our guide to the five-strong field 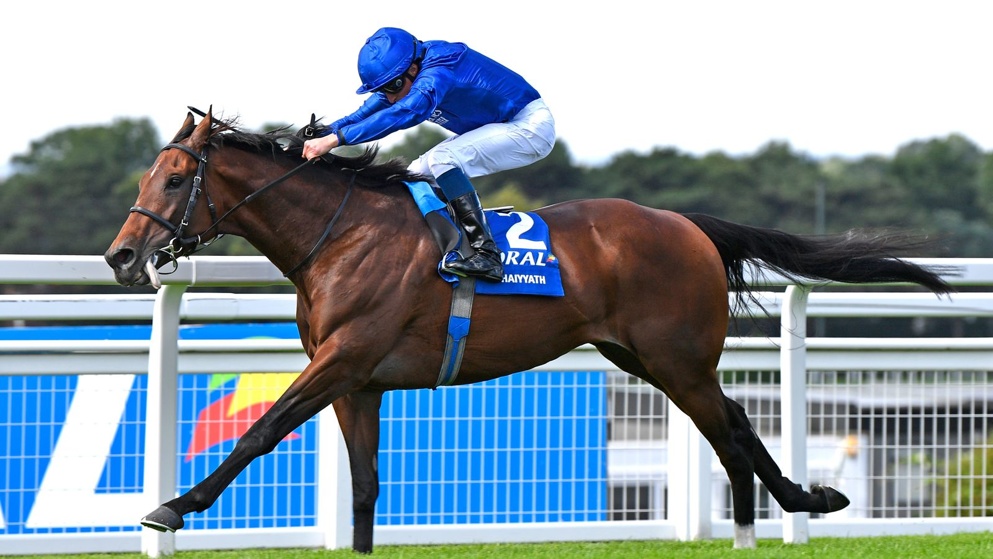 We take an in-depth look at all the runners for Wednesday's Group 1 Juddmonte International Stakes, which will take place on the first day of the York Ebor Festival...

While always highly talented, Ghaiyyath was rather hit and miss last season, disappointing in last year's Prix de l'Arc de Triomphe a month after cruising to a 14-length victory in a Group 1 contest in Germany, but he's returned as much more of a finished article this year as a five-year-old, starting with victory in the Group 3 Millennium Stakes at Meydan in February. He's taken that into the summer, too, breaking the track record when sealing a first British Group 1 success in the Coronation Cup at Newmarket, before taking the notable scalp of Enable when controlling things from the front in last month's Coral-Eclipse at Sandown. He sets a clear standard here on that form, and will prove difficult to peg back if William Buick is allowed too much rope up-front on this natural front-runner - the one to beat.

Has improved in leaps and bounds since winning the Cambridgeshire Handicap in the style of a Group performer last September; signing off with a win in a listed contest at Newmarket that November, before producing a game success on reappearance in the Group 3 Brigadier Gerard Stakes at Haydock in June. He took his form to another level when winning the Group 1 Prince of Wales's Stakes in impressive style later that month, showing an excellent turn of foot and taking some notable scalps that included the likes of Addeybb and Japan. He deserves plenty of respect here as a consequence, though this race looks stronger and he'd likely need another career best effort if he is to extend his winning run.

One of the most consistent and versatile mares in training, with six wins at Group 1 level, including in last season's Champion Stakes over this trip at Ascot in October. She's spent long stints of her career in the shadow of Enable, but she's still a high-class performer in her own right, and has made the most of two good opportunities to pick up back-to-back top level wins at the Curragh so far this season - with both of those coming over a mile and a quarter. This is tougher, but she has proven time and time again that she can mix it with the very best, and she'd be closely matched with the protagonists on her very best form. The 3 lb sex allowance she receives could well swing things in her favour, and she's one to take very seriously indeed.

The sole three-year-old colt in the field, who looked potentially high-class when winning the 2000 Guineas at Newmarket in June. Admittedly, things haven't gone to plan in two starts since, but he's had conceivable excuses for both outings; struggling to get into things in a muddling renewal of the Epsom Derby, before suffering interference on the rail in last month's Sussex Stakes - finishing fourth. While he could well have had his stamina stretched in the Derby, the feeling is that a mile and a quarter could prove to be his optimum trip judged by how he ran all the way to the line at Newmarket, and he can't be ruled out here with the possibility of there still being more improvement to come from him yet - particularly when you bear in mind that he's receiving weight from his older rivals.

The outsider of six, who's having just her second try at Group 1 level. That came on reappearance when she struggled in the 1000 Guineas, but she was a smart performer as a two-year-old, and she's steadily improved with each of her four starts so far this campaign. She produced a career best effort when a clear cut winner in last month's Musidora Stakes over course and distance, and while this will require plenty more, she clearly thrives here and connections will be hopeful of sneaking into the places in receipt of weight from the field.