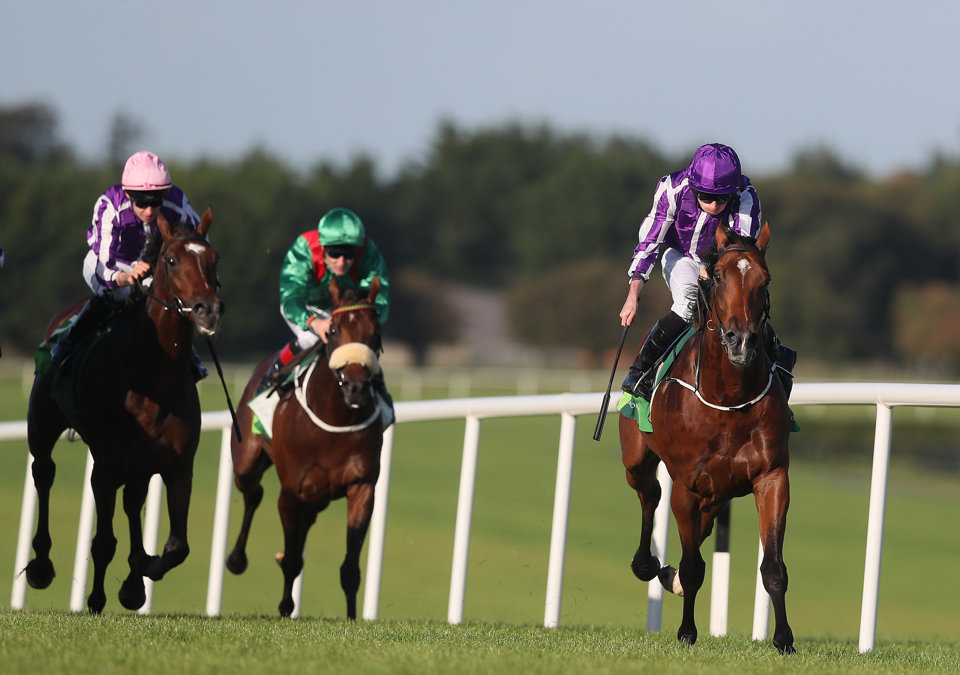 One of the premier races on the Irish Flat racing calendar will light up Leopardstown on Saturday as the Irish Champion Stakes takes centre stage at 15:45 and our man Steve Chambers previews the Group 1 showpiece here...

Jean-Claude Rouget's VADENI will head to Ireland this weekend to try and claim a valuable win in the Irish Champion Stakes, and the French three-year-old will be bidding to use this event as a stepping stone to glory in the Prix de l'Arc de Triomphe at the end of the season. Currently a best-priced 14/1 for the Arc, Vadeni is as short as 6/4 to win the Irish Champion Stakes, and if he can emulate his recent form then the son of Churchill will be extremely tough to beat.

Last seen narrowly edging out Mishriff in a thrilling renewal of the Coral-Eclipse at Sandown Park, Vadeni will attempt to frank that form with the John & Thady Gosden-trained raider, who is currently a 4/1 chance to claim victory at the weekend. Only beaten a neck that day, Mishriff has since come out and been trounced by Baaeed in the Juddmonte International Stakes at York, and while he will certainly run a big race here, he has struggled to get his head in front this season, and he will ultimately falter when trying to turn the Eclipse form around.

Vadeni is one of four three-year-olds lining up on Saturday, and the fast-improving winner of the Prix du Jockey Club is arguably open to more improvement as the season progresses, and if he can continue on an upward curve then he could ultimately have far too much class for his rivals and he can duly book his place in the Arc, where he'd be a fascinating runner for the French master handler, Rouget.

Aidan O'Brien has won a staggering ten renewals of the Irish Champion Stakes and the Ballydoyle maestro will unleash a three-pronged attack at the 2022 contest and spearheading the O'Brien team will be Luxembourg, who is the current 100/30 second favourite for the race. A top-class juvenile that won all three two-year-old races, Luxembourg was expected to be the flagbearer for the Classic generation this season and he kicked off his campaign with a fine third placed finish in the 2000 Guineas at Newmarket.

Expected to relish the step up in trip, the son of Camelot picked up an injury and was then out of the Derby when well fancied, and he wasn't seen on the track until mid-August when he won the Royal Whip Stakes at the Curragh. Sure to improve for that outing, he will need to show his best display to beat the classy Vadeni, but he has shown he can deliver at the highest level, so has to be regarded the biggest danger to the favourite.

Sent off a 7/2 shot for the Derby at Epsom, Stone Age failed to land a significant blow on that Classic as he could only finish sixth behind Desert Crown, and since then he's raced twice in America and failed to deliver the goods, so while he adds depth to the O'Brien charge the 7/1 about him isn't appealing, while the 33/1 about Hardwicke Stakes winner Broome is another worth ignoring as he can often blow more cold than hot these days.

Vadeni will not be the only French-trained raider lining up as the 7/1 shot Onesto lines up on the back of a fine win in the Grand Prix de Paris. Beating the likes of Eldar Eldarov, who runs in the St Leger on Saturday, Onesto is a fascinating runner for the European charge, but he was well beaten by Vadeni earlier in the season at Chantilly, so that son of Frankel will struggle to reverse that form.

A gutsy winner of the Tattersalls Gold Cup two starts ago, the William Haggas-trained Alenquer (12/1) has failed to kick on from that and was last of six in the Eclipse at Sandown, so it's hard to see him get close to Vadeni on that form line and it's the French raider that can prevail in Saturday's humdinger.