ITV Racing Tips: Check out the best bets for Saturday at Glorious Goodwood

It's the final day of Glorious Goodwood on Saturday afternoon, and we have a host of tips for the action on the south coast, which takes place in front of the ITV racing cameras. We have picked out some of the star tips from a host of racing writers, who feature in our naps table... 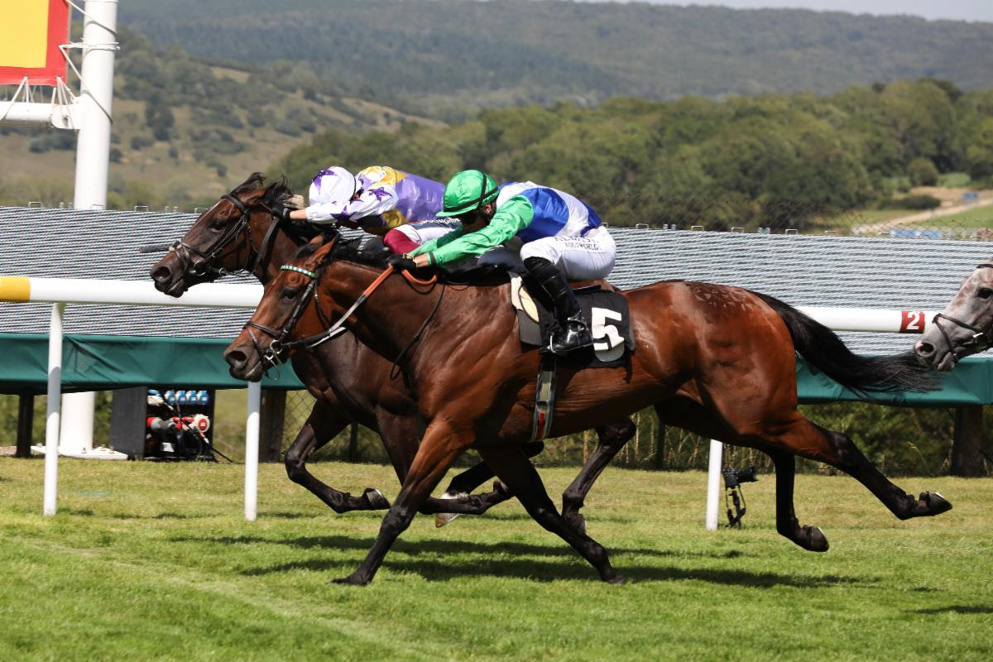 There's a hugely competitive renewal of the Stewards' Cup at 15:20, and there's no surprise to see a host of tipster looking to unearth the winner of the 6f contest and two horses in particular have proven popular in our naps table. The Edward Bethell-trained Regional will be partnered by Ryan Moore and has proven popular in the betting offices over the last 48 hours and has been napped by three of our racing tipsters. Newsboy of the Daily Mirror and Templegate of The Sun are just two of the tipsters that have napped Regional, who was last seen finishing second at Doncaster.

George Boughey's Inver Park is the form horse heading into the Stewards' Cup and the recent Buckingham Palace Handicap winner will look to continue his winning ways and is currently a 10/1 chance to claim victory. Another attracting three tipsters' attentions as the nap of the day, Boughey's charge has been napped by the likes of Garry Owen from the Daily Record and Marlborough from the Daily Telegraph, who sit third and fourth in the naps table, respectively.

Other horses that have been napped in the Stewards' Cup include 33/1 outsider Able Kane, who is the selection of the second placed Melissa Jones from the Mirror Online, while The Scout from The Daily Express has napped the top-weighted Chil Chil, who is one of the class acts lining up in today's showpiece event.

Veering away from the Stewards' Cup, there's some top quality racing taking place throughout the afternoon at Goodwood and the Group 2 Lillie Langtry Stakes is off at 14:45 and Sirius from The Sun On Sunday is backing the 14/1 chance Forbearance, who would need a career best to land the prize.

Karl Burke's Lethal Levi is going in search of a third victory on the bounce today and is a red-hot favourite for the 13:40 contest, which is an eye-catching sprint event, and Burke's progressive speedster has caught the eye of The Duke from the Yorkshire Post, who fancies the 11/8 favourite to land the prize.

Luke Tucker from the Cambridge Evening News is taking on the jolly in that event and is backing the 10/1 chance Mokaatil in the 13:40 event, and the former Epsom Dash winner has shown that he can produce the goods on the big stages and he has to be a lively rival for Lethal Levi, who looks the one to beat.

The 1m 6f handicap at 14:10 is a fascinating marathon event and both Jason Heavey from The Star and Andrew Bladen from the Wolverhampton Express & Star are backing the 5/1 chance Soapy Stevens to land that event, which is another superb race on the final day of Glorious Goodwood.

#AD New bettors only; Valid from 14/07/2022 09:00 GMT to 14/08/2022 23:59 GMT; Deposit (no Skrill/Neteller) and place your FIRST bet on any UK/IRE horse racing market at odds of 4/5 on singles or 2/5 per leg for acca; If your bet loses, get your stake back as a free bet of up to £20; Free bet valid for 7 days; Bet types restrictions; Terms apply; 18+ begambleaware.org
get offer
Bet £10 Get £30 In Free Bets
#AD 18+. Play Safe. New customers using Promo code H30 only, Min £10/€10 stake,  min odds 1/2, free bets paid as 2 x £15/€15, free bets credited after  settlement of first qualifying bet, free bets will expire 30 days after  the qualifying bet is placed, payment method/player/country restrictions apply.
Bet £10 Get £30 Free Bets (APP Only)
#AD New UK, IE & Malta customers only. 18+. Min £10/€10 first deposit using Debit Card or Trustly. Place a bet of £10 at min odds of 1.5. Free bets expire in 90 days. Full T&Cs apply.
Welcome Offer
#AD Bet £10 & Get £50 in Free Bets for new customers at bet365. Min deposit requirement. Free Bets are paid as Bet Credits and are available for use upon settlement of bets to value of qualifying deposit. Min odds, bet and payment method exclusions apply. Returns exclude Bet Credits stake. Time limits and T&Cs apply.
Bet £10 Get £60 in Bonuses
#AD New UK customers only. Register using the promo code BETFRED60, deposit and place first bet of £10+ on Sports (cumulative Evens+) within 7 days of registration. First bet must be on Sports. £20 in Free Bets to be used on Sports, £10 in Free Bets to be used on Lotto and 50 Free Spins (20p per spin) credited within 48 hours of bet settlement. Further £20 in Free Bets credited 5 days after settlement. Bonuses have a 7-day expiry. Payment restrictions apply. SMS verification and/or Proof of I.D and address may be required. Full T&Cs apply.
Bet £20 & Get It Back As CASH If It Loses
#AD New customers only. Place your FIRST bet on any Horse Racing market and if it loses we will refund your stake in CASH. Max refund for this offer is £20. Only deposits made using cards will qualify for this promotion. T&Cs apply.
Money Back As Cash Up To £20
#AD Max £20 refund on first bet. Bet must be placed in first 7 days of account opening. Only deposits made via Debit Card will be eligible for the promotion. T&Cs apply. 18+ begambleaware.org
Bet £10 Get £30 Free Bets + £10 Casino Bonus
#AD Minimum deposit of £10 using deposit code 30F - A qualifying bet is a ‘real money’ stake of at least £10 placed on any sports market - Minimum odds of 1/2 (1.5) - Free bets credited upon qualifying bet settlement and expire after 7 days - Free bet stakes not included in returns - Casino Bonus must be claimed within 7 days • To withdraw bonus/related wins, wager bonus amount x40 within 14 days • Wagering req. vary by game • Withdrawal restrictions and Full T&C’s apply. 18+ begambleaware.org
£41 In Bonuses
#AD Place a £25 fixed odds bet at minimum odds of 1/2. Get 5 x £5 free fixed odds bets + 2 x £5 free Winning Favs spread bets + 50 spins on Starburst + a £1 Race Index spread bet. Free bets and spins must be claimed within 28 days of opening. Free bet/spin stake not included in any winnings. Ts&Cs Apply. 18+ begambleaware.org
Bet £10 Get £20 In Free Bets
#AD Min stake £10. Min odds 1/2 (1.5). First bet only. Free bets expire in 7 days. Cashed out bets won’t apply. Payment method restrictions. Online UK customers only. 30 days to qualify for £20 in Free Bets. 18+. T&Cs apply
£25 Free Bet + 10 Free Spins
If your account has Sportsbook losses at the end of your first day's betting, QuinnBet will refund 50% of your losses as a Free Bet up to £25 (min 3 bets) Plus 10 Free Spins on Asgard Warriors. Even if your account is up, you're guaranteed a £5 Free Bet Plus 10 Free Spins provided you place at least 1 bet of £10 or greater at the minimum odds. T&Cs apply | 18+ New UK Customers Only | BeGambleAware.org
Latest racing results
Salisbury
16:00
Full Result
1stThanks Monica
5/2
2ndStar Of Valour
15/8F
3rdFight For It
25/1
Yarmouth
15:55
Full Result
1stG'Daay
7/2
2ndMistrix
5/2
3rdFangorn
14/1
Beverley
15:40
Full Result
1stQipao
8/1
2ndLiberation Point
4/6F
3rdReputation
11/2
View All Today's Results