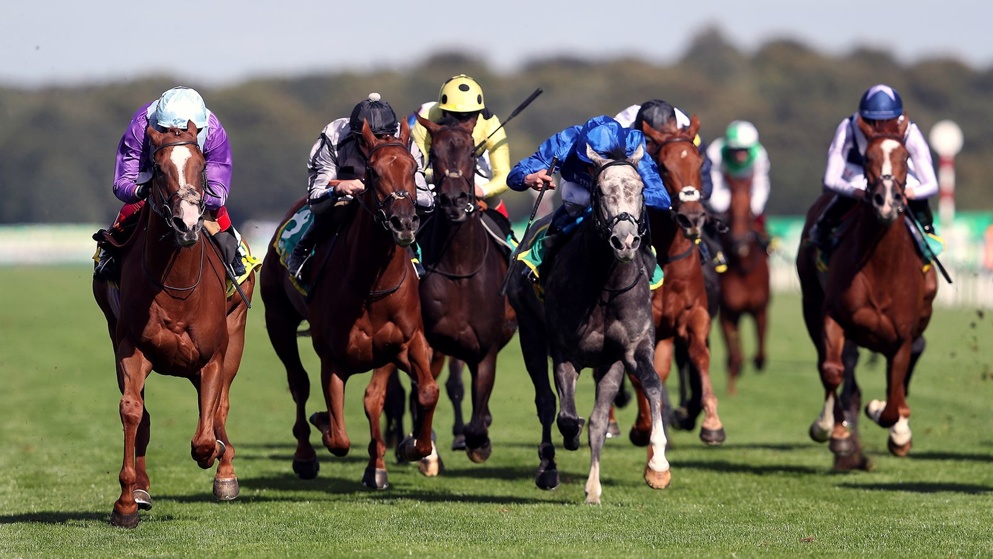 British racing will resume on Sunday as the Sport Of Kings will get its opportunity to pay their respects to one of the sport's biggest supporters, HM The Queen, who sadly passed earlier this week, and there's a real treat for ITV racing views on Sunday with top notch action from Doncaster and The Curragh. The showpiece event is the St Leger at Doncaster at 15:55, and we have a host of tips for that event, whilst a number of other tips for what should be a real treat...

Charlie Appleby's New London is a red-hot favourite for the St Leger at 15:55 and the Godolphin raider has proven popular with our racing tipsters as three of them including the likes of The Scout from the Daily Express and Templegate from The Sun have napped the jolly. A number of tipsters are taking on the Appleby raider and Garry Owen from The Daily Record, who sits second in the naps table is backing the Roger Varian-trained Eldar Eldarov, while Marlborough from the Daily Telegraph has napped Haskoy, who was supplemented for the race earlier in the week.

Veering away from the St Leger, The Flying Childers Stakes will kick off the ITV action and there's a mouth-watering duel between Trillium and The Platinum Queen, and the former has been napped by Newsboy and Jeffrey Ross for the 13:35 event, while Trillium has been napped by Andrew Bladen from the Wolverhampton Express & Star.

The Portland Handicap is one of the most difficult punting assignments in front of the ITV cameras, and the 15/2 second favourite Manakah has been napped by The Score from Racing TV for the 14:10 race, while The North from The Racing Post has napped Dakota Gold, who is a 12/1 chance, at the time of writing.

Flat racing fans are not only treated to an array of top quality races at Doncaster this afternoon, but ITV will show some of the feature races from the second day of Irish Champions Weekend at the Curragh. One of the showpiece events is the Irish St Leger, which will see the Aidan O'Brien-trained Kyprios line up as a hot favourite at 16:10, but Brian Flanagan from the Irish Daily Star is taking the Ballydoyle hotpot on with Princess Zoe, while Moorestyle from the Daily Star Sunday has napped the William Haggas-trained Hamish.

The Group 2 Blandford Stakes for fillies and mares is a real crackerjack contest at 13:50 and Mercury from the Daily Post has napped the 11/8 favourite La Petite Coco who looks the one to beat, while later on in the afternoon the Group 1 Flying Five Stakes will see some top notch sprinters go to post at 14:25. Ian Gaughran from the Irish Herald fancies the 7/1 shot Romantic Proposal to down the red-hot jolly Highfield Princess, while in the same contest Steve Mullington from 888Sport is backing the 16/1 outsider Castle Star.

The once-raced Tayhira, who was victorious on debut will bid for glory in the Group 1 Moyglare Stud Stakes at 15:00 and that raider has been napped by two tipsters including The Irish Sun tipster in what is another thrilling contest on a spectacular day's racing that can commemorate the passing of HM The Queen.