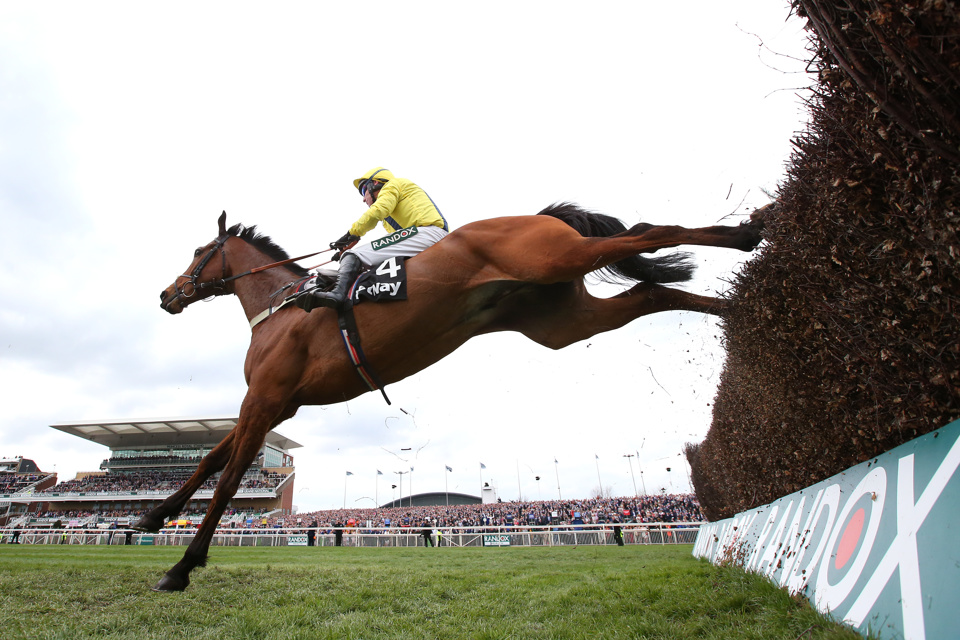 Steve Chambers previews what looks set to be a stellar renewal of the King George VI Chase at Kempton Park on Boxing Day, and picks out his best bet in the race...

A star-studded field will assemble for the 2019 Ladbrokes King George VI Chase, which takes centre stage at Kempton Park on Boxing Day. The festive Grade 1 is jam-packed with proven quality, and it will see Paul Nicholls unleash a two-pronged attack, as he looks to win the race for an eleventh time in his illustrious career.

Nicholls saddled Clan Des Obeaux to victory 12 months ago, but that seven-year-old son of Kapgarde will not have last year’s winning jockey Harry Cobden in the saddle for the 2019 renewal, as the Ditcheat number one has elected to partner Cyrname, who is the second shot fired by the Nicholls gun. Fresh from a sensational win over Altior in the Christy 1965 Chase, Cyrname is bidding for a fourth win on the bounce on Thursday, as he looks to cement his place as the highest-rated National Hunt horse in training.

Vying for favouritism with Lostintranslation, Cyrname will attempt to maintain his 100% record at Kempton (two wins from two) by claiming victory in the Christmas cracker, but he will have some major adversaries in a race awash with top notch talent.

Clan Des Obeaux put up a career-best effort when beating Thistlecrack by one-and-a-half lengths in last year’s King George, but he was well beaten by Road To Respect in the Ladbrokes Champion Chase at Down Royal at the start of November, so will need to improve significantly on that if he is to emulate former Nicholls-trained runners like Kauto Star and Silviniaco Conti, who have won back-to-back renewals of the Kempton showpiece.

Nicholls may hold a strong hand in this year’s contest, but Colin Tizzard will saddle the exciting improver Lostintranslation, who is a prominent figure in the betting and is aiming to bag the second leg of the National Hunt Triple Crown and take a massive step towards the £1m bonus on offer for completing it.

Having kicked off his season with a comfortable win at Carlisle, last year’s JLT Novices’ Chase runner-up then produced a stunning display of jumping as he beat Bristol De Mai to win the Betfair Chase. That Haydock Park Grade 1 victory ticked off the first of the Triple Crown trilogy, and if the seven-year-old can go on to win the King George and then the Cheltenham Gold Cup at the 2020 Cheltenham Festival then he will replicate Kauto Star’s heroics from the 2006/07 and Lostintranslation will become the second horse in history to land the coveted feat.

With Cyrname likely to set a fierce gallop from the flag fall then Robbie Power is sure to adopt patient tactics on board Lostintranslation, but with his jumping a real asset the Tizzard team will be confident their star chaser can stay in touch with the front-running Cyrname before the pair lock horns in the closing stages.

While the betting is dominated by the triumvirate of Cyrname, Lostintranslation and Clan Des Obeaux, there is some significant strength in depth in the shape of the Willie Mullins-trained Footpad. Mullins last tasted victory in this race in 2001 with Florida Pearl, but in Footpad he has a gelding that on his day can produce a performance to see him go close in Grade 1 company.

The 2018 Arkle hero was a facile winner of a Thurles listed event last month, but he will be tackling three miles for the first time over fences, so while the Closutton raider possesses the quality needed to win this event Barry Geraghty will need to hold on to Footpad for as long as possible before unleashing his challenge.

Tizzard will be expecting a huge run from Lostintranslation, but he will also unleash 2016 winner Thistlecrack, who is the only veteran in the field and is attempting to be the first horse since Long Run in 2012 to regain the King George crown. Last seen chasing home star staying hurdler Paisley Park in the Long Distance Hurdle, Thistlecrack will return to the chasing game for the first time since last season’s Cheltenham Gold Cup, where he was pulled up. The 11-year-old has a fine record in the King George (1st, 4th, 2nd), but he may not be the force of old and could be up against it as he takes on the young, up-and-coming brigade.

The Venetia Williams-trained Aso completes the six-strong line-up, and while he has some smart form on his CV he may just lack the quality needed to play a prominent role in what is a fascinating renewal.