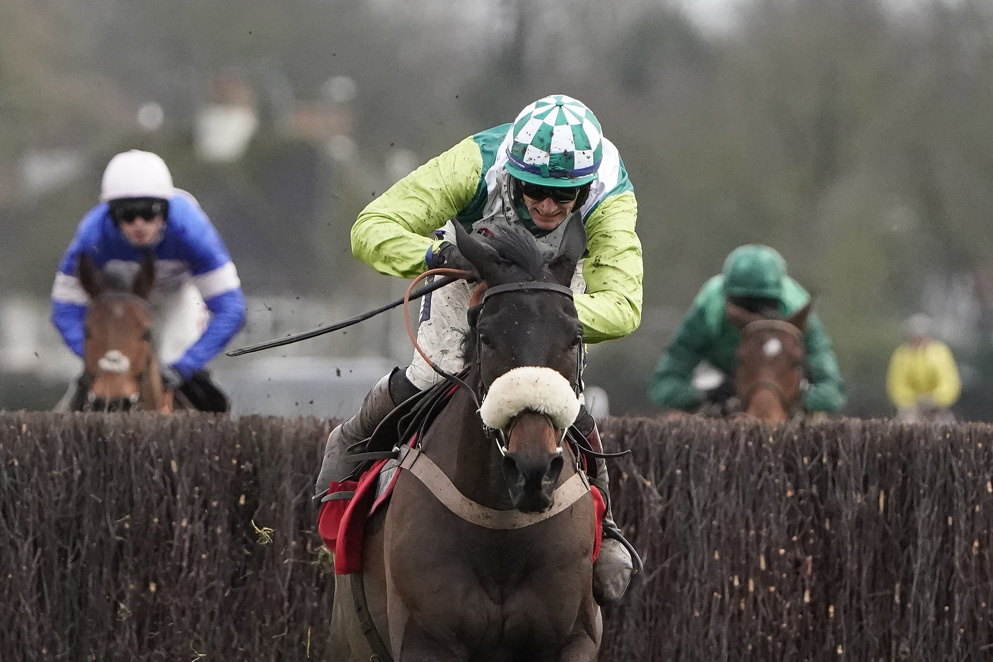 There's set to be an epic renewal of the 2021 King George VI Chase at Kempton Park on Boxing Day, and our man Steve Chambers previews the Grade 1 showpiece here and picks out his best bet...

Having saddled 12 winners of the King George since 1997, Paul Nicholls will bid to make it a spectacular 13th success in the Christmas feature, and the Ditcheat handler will unleash a leading dual-pronged attack, who have both tasted victory before in the race. Impressive 2018 and 2019 winner Clan Des Obeaux will spearhead the Nicholls team, and he lines up for his seasonal reappearance in this year's contest, as Nicholls felt he lacked a little spark last season when lining up in the Kempton event on the back of a run in the Betfair Chase.

Heading the betting at the time of writing, Clan Des Obeaux has always shown his best over three miles and on right-handed tracks, so everything is most certainly set fair for him to run a fine race here, and with Nicholls set to use more front-running tactics in this year's contest then he has to be respected. However, it's going to be a tough ask to down some quality rivals in his first run of the season, and he could prove vulnerable to a rival, who may just possesses a bit more race sharpness in the closing stages.

Reigning champion and former Ryanair Chase hero Frodon adds more depth to the Nicholls charge, and the top-class nine-year-old warmed up for this event by beating Galvin in the Ladbrokes Champion Chase at Down Royal earlier in the season. That is superb form and he showed the fire stull burns bright, as he looks to retain his crown. Sure to be sent to the front from the outset by Bryony Frost, Frodon is sure to put up a good account of himself, but this year's renewal looks a much better race on paper, and he may just struggle to maintain the advantage in the closing couple of furlongs, and he is one to avoid.

Behind Frodon in that aforementioned Down Royal contest was reigning Cheltenham Gold Cup hero MINELLA INDO, who will take his chance for Henry De Bromhead, and looks to have a terrific chance, if he can replicate his dominant Cheltenham Festival run. There's no doubting that he excels around the undulations and stamina test that is Cheltenham, but he's by far and away the classiest horse lining up here, and if he can build on that Down Royal run then he has to be considered the one to beat.

Sure to sit off the pace for most of the contest, Minella Indo will look to test the stamina of some of his market rivals, as they head into the final mile, and while some of the runners will begin to falter turning for home, Rachael Blackmore will begin to try and challenge for glory, and if he can replicate his Gold Cup display then he can duly bag another notable Grade 1 staying prize.

The Irish last trained the winner all the way back in 2005 with Kicking King, but they will have a strong team unleashed at the 2021 King George, and while Minella Indo is sure to prove popular amongst punters another worth looking at is the Willie Mullins-trained Asterion Forlonge. Shaping like the winner of the John Durkan at Punchestown on his last start, the classy grey suffered a crashing fall in the closing stages, and he will now be on the comeback mission. Jumping has most certainly been his weakness over fences, but he has an almighty engine, and if he can improve his slickness over his obstacles then he has to be considered a major player.

Nicky Henderson has trained Long Run and Might Bite to victory in recent seasons, and the Seven Barrows handler will saddle Marsh Novices' Chase winner Chantry House, who will face his sternest test on a track to date. A 37-length winner at Sandown on his comeback run last month, the JP McManus-owned raider is entitled to come on for that effort, and having won five of his six career chase starts then he has to be considered. But, he's now pitting his wits against the elite of the staying chasing division, and he may just lack the class of some his more fancied rivals.

Pulled up in last season's King George when well fancied, Lostintranslation recaptured his best form when winning the 1965 Chase over 2m 5f at Ascot, and Colin Tizzard's charge will now step back up in trip here. A class act on his day, Lostintranslation may come unstuck again, as it's hard to forget his disappointing run last season. Saint Calvados, Tornado Flyer and Mister Fisher complete the nine-strong field and all three appear to have to work to do to lay a glove on Minella Indo, who can reign supreme on the big stage once again.