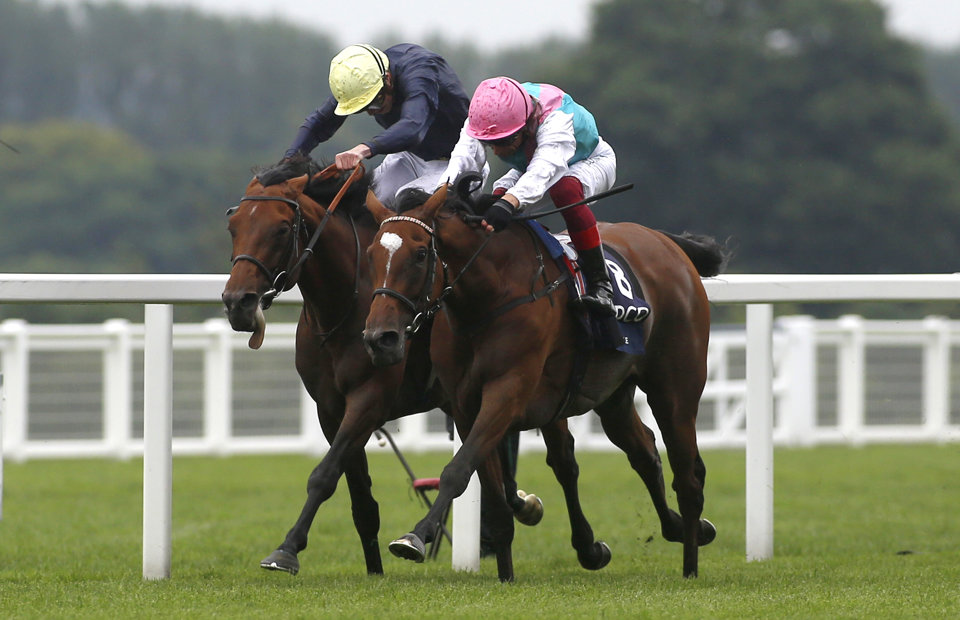 Will we see as exciting a finish as the King George of 2019?

It looks like a case of quality over quantity in this Saturday’s feature race, the King George VI and Queen Elizabeth Stakes. Just the six runners are in the field at this stage, but all six can lay claim to having at least a fighting chance.

Favourite at present is wide margin Irish Derby winner Westover, who made amends for his unlucky run in third at Epsom with a seven length success over Piz Badile, and although the quality of those in behind can be questioned, what Ralph Beckett’s charge did on the eye can not. Many thought Rob Hornby was unlucky to lose the ride after the Derby but Colin Keane certainly got a tune out of him at the Curragh and will maintain the partnership at Ascot. He is the right favourite, especially receiving the age related allowance from all bar one of his rivals, but at odds of even money can be avoided for betting purposes.

Next in the market is another runner that can class themselves unlucky after a Classic at Epsom. At the height of Gosden-Dettori gate was the Italian’s ride aboard Emily Upjohn in The Oaks, in which the daughter of Sea The Stars stumbled badly out of the stalls and looked like she had blown her chance when righting herself and finding the rest of the field many lengths clear. However, a tremendous performance saw her catch all bar one of the field, with Tuesday just about out battling Emily Upjohn up the run-in. Most observers said with a clearer passage she was the rightful winner that day, and she has been held back for this contest, skipping the Irish Oaks. Tuesday somewhat let the form down in the Irish Derby and she looks too short again in the betting for this open age Group One.

Not often does one get the chance to back an Arc winner at odds as widely available as those for Torquator Tasso, but it is fair to say his victory in the 2021 contest is still somewhat yet to be tested. If the German raider indeed proves to be a bona fide Arc winning standard horse then his price could look very silly come four o’clock on Saturday, and if there is a runner in the field who is overpriced it is surely him. However, on his first visit to British shores and with such questionable form behind him he is one I am begrudgingly having to swerve.

There was a lot to like about Broome’s last performance in winning the Hardwicke from the well fancied Hurricane Lane at Royal Ascot. Ryan Moore was riding out of his skin at the time and judged this race to perfection, but it was still arguably a career best from Aidan O’Brien’s son of Galileo. Connections are adamant he is still improving and better than ever this campaign and the six year old is not one to rule out of contention in this contest, especially if Moore is allowed to set the fractions.

The horse most likely to stop Broome having an easy lead is Pyledriver, the current outsider of the sextet. An admirable and consistent performer over the years, William Muir’s runner looks to have a tough job on in this and should find the pace too hot to handle. He can lead them for the first half or so of the race but will probably be swallowed up as the contest develops, so was the first off my shortlist.

MISHRIFF was yet another unlucky loser in this field last time out when just failing to get up in the Coral Eclipse after finding trouble when looking to make a winning run behind Vadeni. It was widely acknowledged before the race that, perhaps barring Desert Crown, Vadeni is the most exciting three year old colt of this generation, so for Mishriff to have pushed him so close and in many eyes to have been the rightful winner at Sandown was a serious performance. A repeat of that run without the interference should be enough here to see off the three year old challengers and as the third favourite at the time of writing he represents excellent value to add another Group One to his CV.

On his very best form Mishriff is one of the best horses of recent years and with James Doyle set to take the ride after the recent split between his owner and David Egan, the Doyler will be eager to make an impression and secure the ride long term aboard this high class colt. He was of course beaten in this race last year by Adayar by a length and three quarters, but that is no disgrace and with an apparent upturn in form this season he can finally get the win he so richly deserved after his Eclipse run.

#AD 18+. Play Safe. New customers using Promo code H30 only, Min £10/€10 stake,  min odds 1/2, free bets paid as 2 x £15/€15, free bets credited after  settlement of first qualifying bet, free bets will expire 30 days after  the qualifying bet is placed, payment method/player/country restrictions apply.
get offer
Bet £10 Get £30 Free Bets (APP Only)
#AD New UK, IE & Malta customers only. 18+. Min £10/€10 first deposit using Debit Card or Trustly. Place a bet of £10 at min odds of 1.5. Free bets expire in 90 days. Full T&Cs apply.
Welcome Offer
#AD Bet £10 & Get £50 in Free Bets for new customers at bet365. Min deposit requirement. Free Bets are paid as Bet Credits and are available for use upon settlement of bets to value of qualifying deposit. Min odds, bet and payment method exclusions apply. Returns exclude Bet Credits stake. Time limits and T&Cs apply.
Bet £10 Get £60 in Bonuses
#AD New UK customers only. Register using the promo code BETFRED60, deposit and place first bet of £10+ on Sports (cumulative Evens+) within 7 days of registration. First bet must be on Sports. £20 in Free Bets to be used on Sports, £10 in Free Bets to be used on Lotto and 50 Free Spins (20p per spin) credited within 48 hours of bet settlement. Further £20 in Free Bets credited 5 days after settlement. Bonuses have a 7-day expiry. Payment restrictions apply. SMS verification and/or Proof of I.D and address may be required. Full T&Cs apply.
Bet £20 & Get It Back As CASH If It Loses
#AD New customers only. Place your FIRST bet on any Horse Racing market and if it loses we will refund your stake in CASH. Max refund for this offer is £20. Only deposits made using cards will qualify for this promotion. T&Cs apply.
Money Back As Cash Up To £20
#AD Max £20 refund on first bet. Bet must be placed in first 7 days of account opening. Only deposits made via Debit Card will be eligible for the promotion. T&Cs apply. 18+ begambleaware.org
Bet £10 Get £30 Free Bets + £10 Casino Bonus
#AD Minimum deposit of £10 using deposit code 30F - A qualifying bet is a ‘real money’ stake of at least £10 placed on any sports market - Minimum odds of 1/2 (1.5) - Free bets credited upon qualifying bet settlement and expire after 7 days - Free bet stakes not included in returns - Casino Bonus must be claimed within 7 days • To withdraw bonus/related wins, wager bonus amount x40 within 14 days • Wagering req. vary by game • Withdrawal restrictions and Full T&C’s apply. 18+ begambleaware.org
£41 In Bonuses
#AD Place a £25 fixed odds bet at minimum odds of 1/2. Get 5 x £5 free fixed odds bets + 2 x £5 free Winning Favs spread bets + 50 spins on Starburst + a £1 Race Index spread bet. Free bets and spins must be claimed within 28 days of opening. Free bet/spin stake not included in any winnings. Ts&Cs Apply. 18+ begambleaware.org
Bet £10 Get £20 In Free Bets
#AD Min stake £10. Min odds 1/2 (1.5). First bet only. Free bets expire in 7 days. Cashed out bets won’t apply. Payment method restrictions. Online UK customers only. 30 days to qualify for £20 in Free Bets. 18+. T&Cs apply
£25 Free Bet + 10 Free Spins
If your account has Sportsbook losses at the end of your first day's betting, QuinnBet will refund 50% of your losses as a Free Bet up to £25 (min 3 bets) Plus 10 Free Spins on Asgard Warriors. Even if your account is up, you're guaranteed a £5 Free Bet Plus 10 Free Spins provided you place at least 1 bet of £10 or greater at the minimum odds. T&Cs apply | 18+ New UK Customers Only | BeGambleAware.org
Latest racing results
York
16:45
Full Result
1stDesigner
14/1
2ndPink Crystal
9/2F
3rdSandbeck
9/1
Worcester
16:29
Full Result
1stAnightinlambourn
5/1
2ndMidnight Jewel
9/4F
3rdPrincess Midnight
3/1
Musselburgh
16:25
Full Result
1stBicep
5/1
2ndTimbukone
11/5F
3rdYeeeaah
9/1
View All Today's Results