Last eight for 'Horse of the Decade' confirmed 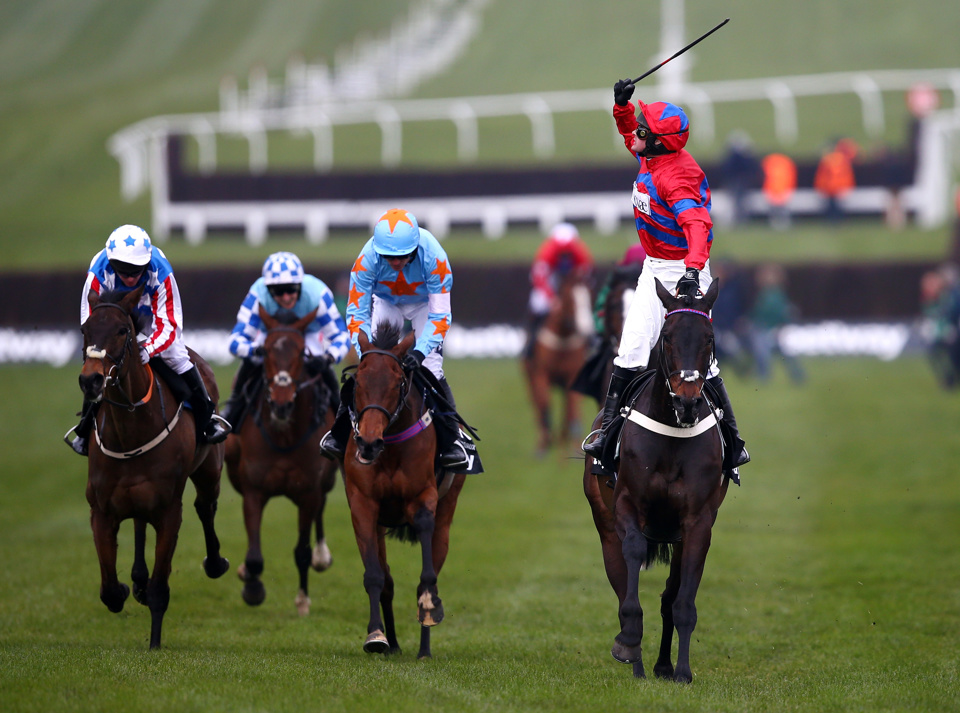 Sprinter Sacre is set for a mouth-watering quarter-final against Altior.

The Round of 16 for our 'Horse of the Decade' Twitter World Cup was held on Monday evening, and it proved to be another good night for fans of Jumps racing...

The draw for the first knockout round suggested that there would be some difficult decisions to make, but our 75,000 Twitter followers had their say, and all eight ties produced pretty resounding results.

Only four Flat horses were able to escape the Group Stage, and it proved to be another emphatic evening for the Jumps stars, with only Frankel negotiating his way to the Quarter-Finals, with a clear-cut success over the 2016 Champion Hurdler Annie Power - racking up 82.1% of the votes in their encounter.

Frankel continues to catch the eye, though he was once again outdone for share of votes by the great Kauto Star, who collected a scarcely believable 91.7% of the votes when accounting for the Australian wondermare Winx.

It's four-time Stayers' Hurdle hero Big Buck's next for Frankel, while Kauto Star has been handed a tough tie against the dual Grand National winner Tiger Roll. Should both progress, they will meet in the Semi-Finals... 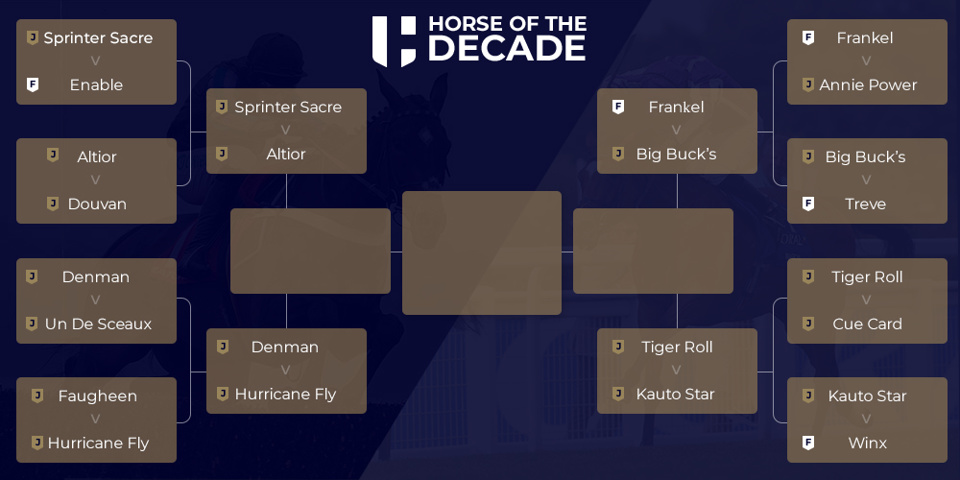 Meanwhile, in the other side of the draw, Altior got the better of fellow two-mile sensation Douvan in the Round of 16, and must now face a fellow dual-Champion Chaser in the form of Sprinter Sacre - who took the notable scalp of the dual Arc-winner Enable.

The winner of that tie will face the winner of the Quarter-Final between the dual Champion Hurdler Hurricane Fly and the great Denman, after both recorded pretty convincing wins against Faugheen and Un De Sceaux, respectively.

Want to get involved? The competition comes to a close on our Twitter feed this evening! (Tuesday 24th December)

We will kick things off with the Quarter-Finals, which are at the following times...