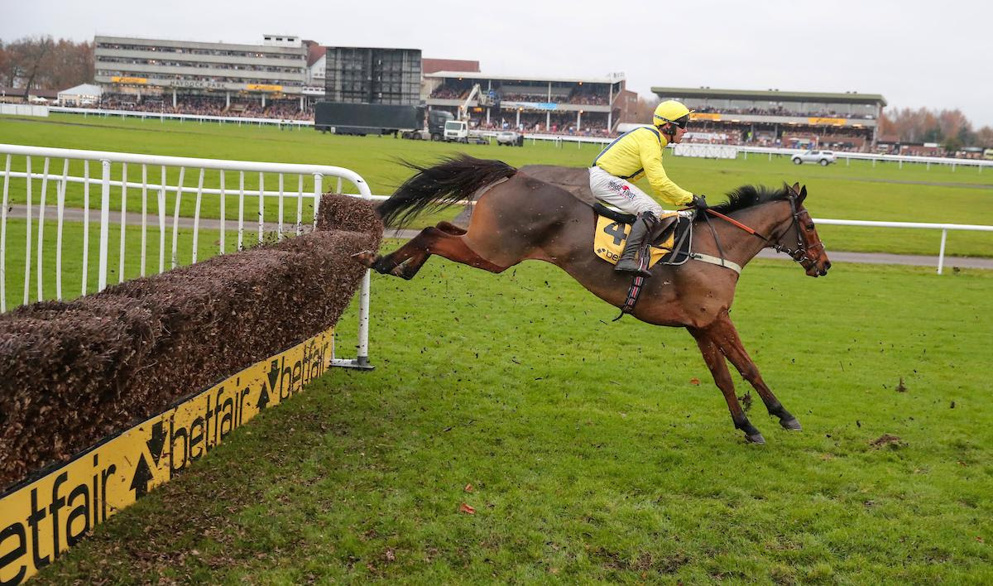 Lostintranslation will attempt to retain his Betfair Chase crown at Haydock Park on Saturday.

There's a mouth-watering renewal of the Betfair Chase taking place at Haydock Park on Saturday, and Ed Quigley has picked out his best bet for the Grade 1. Our guest columnist also has his sights firmly set on the 2021 Cheltenham Festival, and has picked out an over-priced Colin Tizzard-trained raider in the Marsh Novices' Chase...

We are looking at a small field for this Saturday's Betfair Chase, but it has the potential to be an early season classic, with three juggernauts from the staying chase division all set to clash. The prospect of Bristol De Mai, Clan Des Obeaux and LOSTINTRANSLATION all locking horns set the pulse racing. My preference is for the Colin Tizzard-trained winner of last year's race, and he should be tough to beat once again.

Last seen when third in the Cheltenham Gold Cup, the eight-year-old oozed class when landing this contest 12 months ago, as he jumped and travelled with aplomb, before swatting aside Bristol De Mai (who was previously unbeaten at the track) in authoritative fashion. The Colin Tizzard horses are starting to hit form, and arriving here a fresh horse should pose no issue.

The aforementioned Bristol De Mai has been a flag bearer for the Nigel Twiston-Davies team for some time and the 2017 and 2018 winner can never be ruled out of proceedings, especially if the ground becomes testing. Clan Des Obeaux has now won the King George on the last two occasions and when away from Cheltenham, the Paul Nicholls representative is starting to put together a formidable CV. Fourth in this two years ago when very much used as a stepping stone to Kempton, Paul Nicholls has warned that this time around, "the horse will be much fitter and straighter."

Looking further ahead, I am surprised to see the another Tizzard horse FIDDLERONTHEROOF still trading as big as 33/1 for the Marsh Novices' Chase at the Cheltenham Festival. I have been very impressed by the manner in which he has taken to fences so far and showed real guts to win at Exeter last time out on ground that would have been fast enough for him. Of the 30 horses currently ahead of him in the market for the Marsh, I see 6/7 max actually lining up in the event, with the others staying over hurdles or likely to be campaigned over different trips.

His raw form over fences is nothing to shout home about yet, but this Grade 1 winning hurdler is an unexposed improving sort who has the scope to go to the top level over fences. The Dipper Chase has been nominated as his next big target before a crack at the 2m4f event at the Festival, and barring accidents, it wouldn't shock me if he lined up single figures on the day for the Marsh Chase, so has to be a bet at the prices, despite the natural risks attached with ante-post betting.