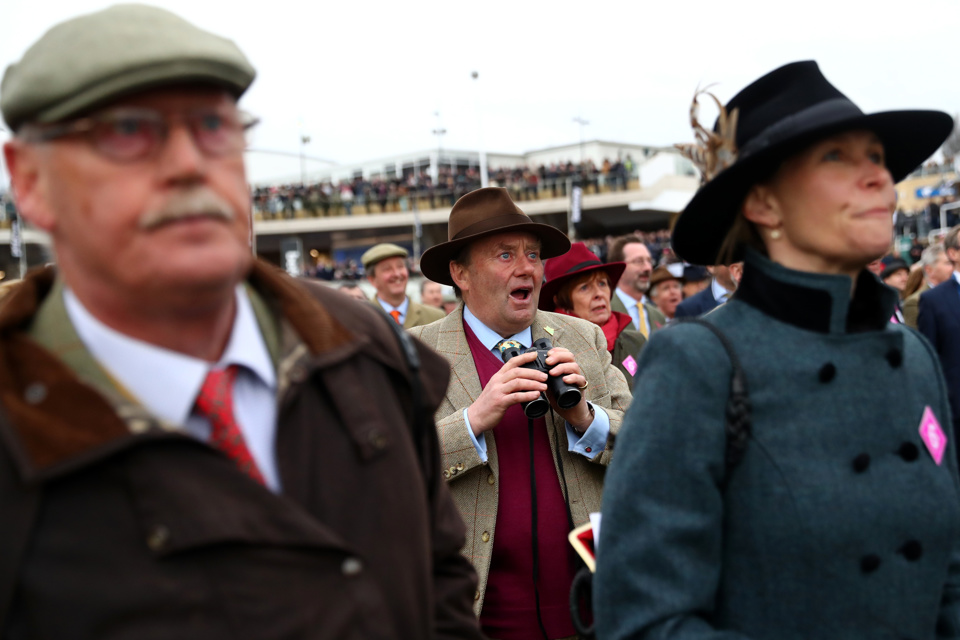 Nicky Henderson will be hoping to win the Triumph Hurdle for the second year running.

In this week's column, Ed Quigley has taken another look towards next month's Cheltenham Festival, and he's picked out two fascinating four-year-olds for you to consider adding to your ante-post portfolio...

Often is the case at this stage, trying to find the winner of the Triumph Hurdle can sometimes be like trying to solve a Rubik's Cube whilst on a rollercoaster. For example, last year's winner Pentland Hills wasn't seen jumping a hurdle in public until Feb 25. However, it is that in part which makes trying to unearth some value all the more appealing. Taking into account the fact that Nicky Henderson has trained more winners of this contest than anyone else in history, GRAND ROI does leap off he page at his current price, especially when you consider that the gelding is the only entry from the Seven Barrows outfit for the Grade 1 contest on March 13. He fairly bolted up in a minor contest at Fakenham on his hurdling debut last month and is engaged in a whole host of entries over the next week or so. A strong showing in any of them would see is price tumble. Grand Roi has experience from bumpers, including when finishing a close fourth at Cheltenham on New Year's Day, so wouldn't be as totally obscure as last year's winner in this sphere, but he is totally unexposed over hurdles and merits plenty of respect at his price for the man who has trained the winner of this race seven times.

Nice type - Grand Roi was an impressive bumper winner in December, and wins comfortably for @NdeBoinville and @sevenbarrows at @FakenhamRC https://t.co/L5KQ1fzgIE

The Boodles Handicap is habitually a fiercely competitive affair, but one horse who has been in my notebook with this race is mind is the Dan Skelton trained LANGER DAN. A winner of two of his four starts over hurdles, he ran a very smart race in defeat on his penultimate start, when finishing 2nd to the classy Botox Has at Cheltenham, and immediately earned a mark of 135 for that. Subsequently, you would say on the face of it he was disappointing when sent off odds-on to win at Ludlow, only to be beaten just over a length by a rival he should have been seeing off. However, this is a horse who wants a real end-to-end-gallop and so a slowly run affair at Ludlow would not have suited. It wouldn't be an ideal track for him either, whereas a return to Prestbury Park with a greater emphasis on stamina will be playing much more into his hands. Left on a mark of 135 on the back of his Ludlow exploits, the likely searing gallop of the Festival assignment looks perfect for him, and I expect him to come flying home with a late rattle for the yard who are known for targeting the big handicaps. Harry Skelton said that this contest looks 'the obvious race for him' and he can easily outrun his odds of 33/1.