Longshot Ted: Henderson has a live chance in the Paddy Power 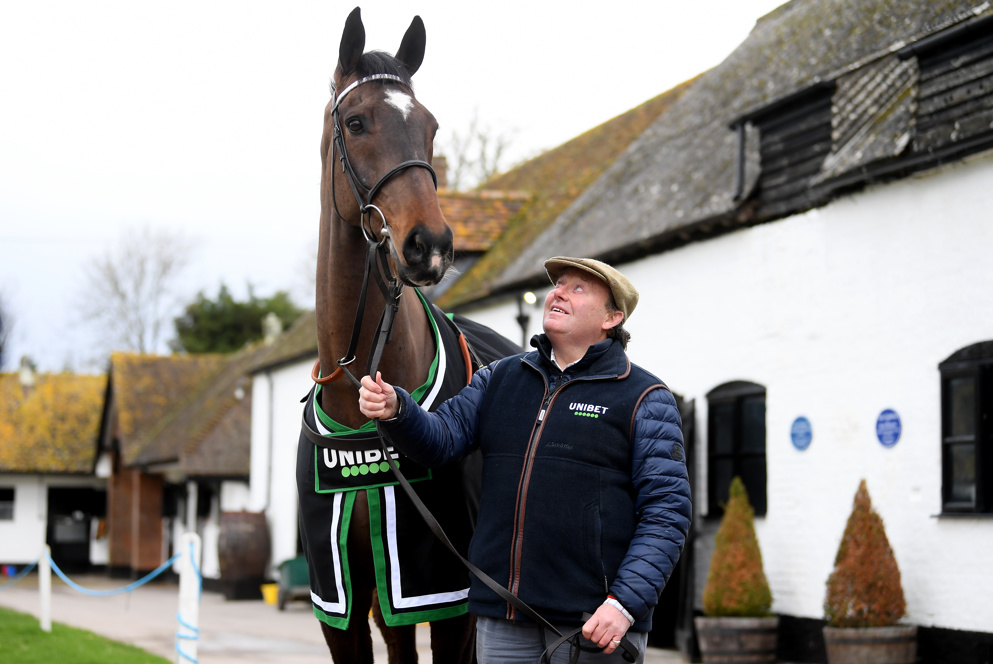 Nicky Henderson will be hoping that Precious Cargo can hit the ground running at Cheltenham this month.

With some big racing around the corner, Ed Quigley has picked out a bet in both the Elite Hurdle and the Paddy Power Gold Cup, before looking ahead to next year's Arkle Trophy...

The Paddy Power Gold Cup is less than 2 weeks away, attracting 37 entries, and the Nicky Henderson-trained PRECIOUS CARGO looks to be one to keep onside for the Cheltenham showpiece. The Seven Barrows inmate has had just the four starts over fences, winning on his debut over the larger obstacles at Haydock by 19l, before putting up some smart efforts in defeat, including when coming third to Rouge Vif in the Kingmaker - form that subsequently reads well. He was last seen when falling two from home in the Novices' Handicap Chase at this year's Festival when still in the mix (his first attempt stepping up to 2m4f), and if suffering no bad memories after that fall, looks to have a lot to offer off a BHA rating of 145. This raw and imposing seven-year-old looks just the type to improve with age, and considering he is unexposed in terms of miles on the clock and tackling the trip, he possesses a fair amount of untapped potential. The gelding relishes testing ground, and with plenty of rain forecast in the Cheltenham area over the next 10 days or so, it would appear to only enhance his claims. Perhaps the most salient point in regards to what he has produced in the form book so far, is his apparent ability to go well fresh. His form figures first time out for the season read 111; his racecourse debut, and then victories on the back absences of 282 and 260 days respectively. Therefore coming into this on the back of 249 days off the track could be a telling factor given his previous ability to show his best hand first time out. He looks a solid bet at the prices.

Moonlighter had failed to complete on two of his first three starts over fences, but produces an assured round of jumping to deny Precious Cargo @NewburyRacing for Nick Williams (@NCW717) & @tommyscu

Looking ahead to the Festival, and ELIXIR D'AINAY has gone into my book for the Arkle Trophy, and looks just the type to excel over fences. The six-year-old was tanking in the Supreme until being more or less wiped out two flights from home - one would imagine he would have played a big part in the finish if not departing. A free going sort, he appeared to relish the drop back to a strongly run 2m. He should be an exciting type over the bigger obstacles and looks overpriced.

To more immediate affairs, and the Alan King trained SCEAU ROYAL looks a fair bet to land Wincanton's Elite Hurdle for the second time on Saturday. A winner of this in 2016, he fairly bolted up on his comeback in the Welsh Champion Hurdle, and as long as ground conditions don't get too soft he looks to have a cracking chance of continuing the winning thread. Lots of his rivals have question marks against them, including likely favourite Goshen, who has to confirm he is up to this level on his first start over hurdles since that infamous departure in the Triumph Hurdle.