Mixed fortunes as British and Irish racing plot their return 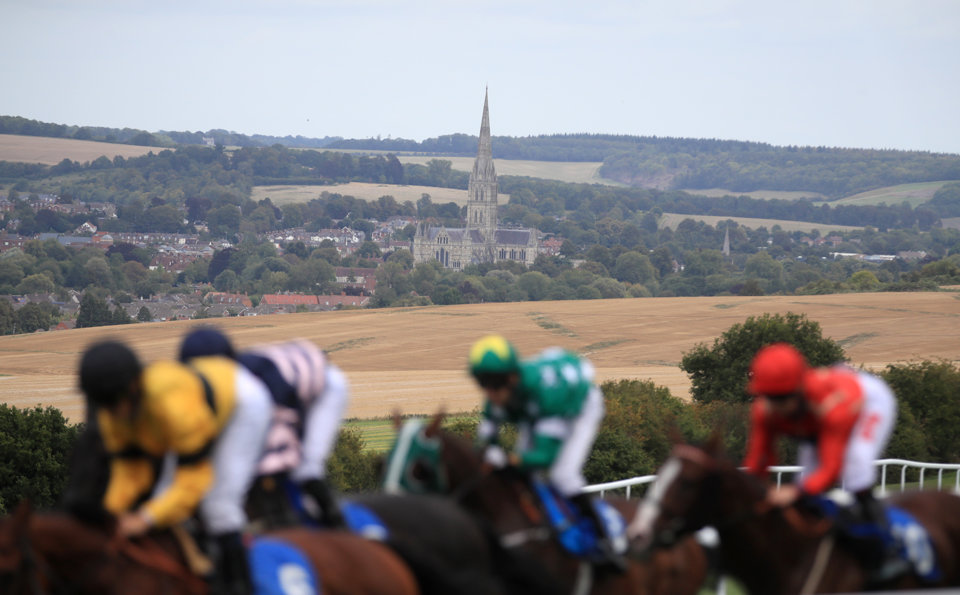 The BHA are awaiting the Prime Minister's address to the nation on Sunday before further outlining their plan to return to racing.

There was mixed news surrounding the resumption of racing in Britain and Ireland on Thursday, as both the British Horseracing Authority and Horse Racing Ireland continue to plan for a return to action...

In Britain, the BHA released a schedule for the first seven days of racing on Thursday evening, which will take place across three regional hubs in the North, the South and the Midlands. Under the plans, there will be one meeting on the first day back, followed by two meetings per day thereafter, with the vast majority of the 104 races consisting of handicaps.

It is hoped that the schedule will provide a much-needed boost to the betting industry, though the Authority stressed that no dates will be made official until after the Prime Minister's address to the nation about the current lockdown measures on Sunday evening. If the lockdown measures in Britain are partially eased - which they are widely expected to be - the BHA will put together a plan for a return to racing with industry leaders the following day.

The BHA outlined its plans in a statement, which read; "We understand that everyone across the industry wants to know the date on which racing can resume.

"We are continuing to have positive conversations with government, including public health officials. However, the reality is that the industry will need to understand more about the UK Government’s approach for the return of sport, and the operational implications of any continuing restrictions – and equally the plans from the devolved administrations in Scotland and Wales – before we can provide a clear date for resumption.

"Earlier this week, Health Secretary, Matt Hancock, spoke positively about the resumption of sport, confirming that he was open to horse racing returning next month and highlighting the plans being developed by racing, to ensure this is done in a safe way.

"This optimism was echoed by the Foreign Secretary, Dominic Raab, who noted that the return of sport would 'lift the spirits of the nation'. He referenced the “constructive meetings with sports bodies” and the plans being developed by the Culture Secretary for a safe and sustainable resumption of sport, in line with medical and scientific advice.

"We remain strongly focused on ensuring that we are prepared to resume at the earliest possible opportunity and that our plans are sufficiently flexible to allow for a range of different scenarios, which can be adapted and implemented in line with the gradual easing of Government restrictions. This includes understanding the public health requirements that will be in place around testing, Personal Protective Equipment (PPE) or returning to work – and how these may apply to racing.

"In line with this, and as our plans for resumption are finalised, any necessary processes and protocols will need to be agreed across the industry and communicated to participants. To resume at the first possible opportunity, we will be asking for your help and support in ensuring that this “lead-in” preparation is completed as quickly as possible."

The cross-industry Resumption of Racing group has issued its latest update, which includes:

🔹An update on Government relations
🔹A provisonal race programme for the first seven days of racing, when it returns

In Ireland, racing was dealt a major blow, as it was included in a list of sports that aren't permitted to return until June 29 by the country's Department of Agriculture on Thursday evening. However, Horse Racing Ireland stressed in a press release that discussions were ongoing with the Irish Government, and there's a genuine hope that the sport can be cleared to resume by June 8 at the latest.

Brian Kavanagh, Chief Executive of Horse Racing Ireland said: “Horse Racing Ireland and the Irish racing community are fully supportive of the Government and the Chief Medical Officer for the way in which they have handled this unprecedented public health emergency.

“Through the Department of Agriculture, Food and the Marine there has been constructive engagement with various Government departments this week on the basis that racing will only resume behind closed doors when it is deemed safe and appropriate.

“Prior to March 24, race fixtures were among the last group of Tier 2 commercial activities to continue with ten fixtures staged safely behind closed doors with only key personnel permitted on site. Horse Racing Ireland’s Covid-19 protocols which were in place for those fixtures have been further strengthened in the meantime and we feel that the industry can safely resume sooner rather than later and will continue to engage with Government on that basis.”