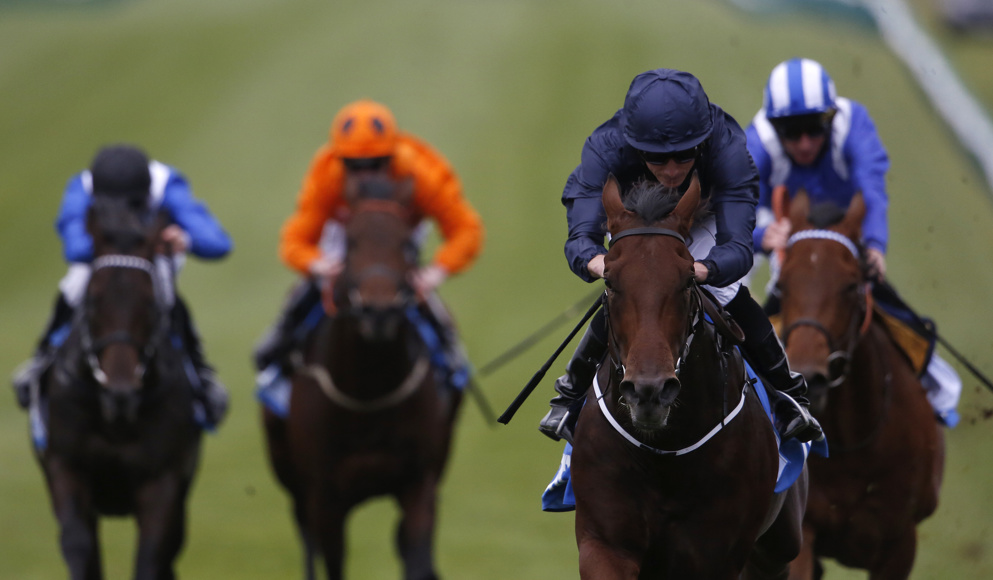 The July Cup and Bunbury Cup are two of the highlights on day three of the July Festival at Newmarket, and Steve Chambers provides his best bets for the action here...

Chris Wall's Kingmania will go in search of a third win on the bounce when she lines up in the 14:05 at Newmarket on Saturday afternoon, but she will face a major adversary in the shape of Sir Michael Stoute's SAMOOT, who was last seen finishing a fine second in the Sandringham Stakes at Royal Ascot.

The daughter of Dubawi racked up a brace of wins earlier in the season, but that Sandringham performance was a notable career best, and the handicapper has been more than fair only upping her 3lb in the handicap, so a mark of 89 looks extremely feasible for the three-year-old. Both her wins this season have come over Saturday's distance of seven furlongs, so a drop back from a mile will be another positive,

She maybe the market leader, but she's entitled to be that and at 3/1 she still marks decent value in a race she can dominate from the outset.

Richard Hannon's MOTAKHAYYEL defied a mark of 105 to claim victory in the Bunbury Cup last season, and he will face an even stiffer test in the 2021 renewal as he lines up off top weight off a mark of 109. Having to give at least 7lbs to the rest of the field, the five-year-old will have to be at his optimum to strike gold here, but he lines up in red-hot form and he can produce a spectacular weight-carrying performance.

He was last seen chasing home Glorious Journey in the Group 3 Criterion Stakes at Newmarket last month, and if he can replicate that display here then he has to stand a huge chance of grabbing glory. He will face a host of rivals in a competitive betting heat and the likes of Perotto, Ametist and Fundamental all stand great chances of landing the prize, but Motakhayyel is the class act in the race, and he can claim back-to-back Bunbury Cups at Flat HQ.

Some of the speediest horses in training will do battle in the July Cup at 16:25 and reigning champion and recent King's Stand hero Oxted will be the one they all have to beat. Impressive York winner Starman will prove to be a thorn in the side of 2020 winner Oxted, while Dragon Symbol will be looking for a positive result after behind demoted in the Stewards' room at the end of the Commonwealth Cup.

But, there could be some value lying further down the betting as the Tim Easterby-trained ART POWER can outrun his lofty odds of 16/1, if he can produce his best form. The Dark Angel colt was behind Starman in that aforementioned York contest, but he showed marked improvement when third in the Diamond Jubilee Stakes at Royal Ascot.

Now, tackling six furlongs again, Art Power will be hopeful that a bigger field can improve his chances, as he was out on his own in the closing stages of the Diamond Jubilee Stakes, and that may just have hindered his chances in the closing stages. With a huge field here, Art Power can benefit from a strong pace, and he can duly sneak a place, and can even challenge for a career-best success.