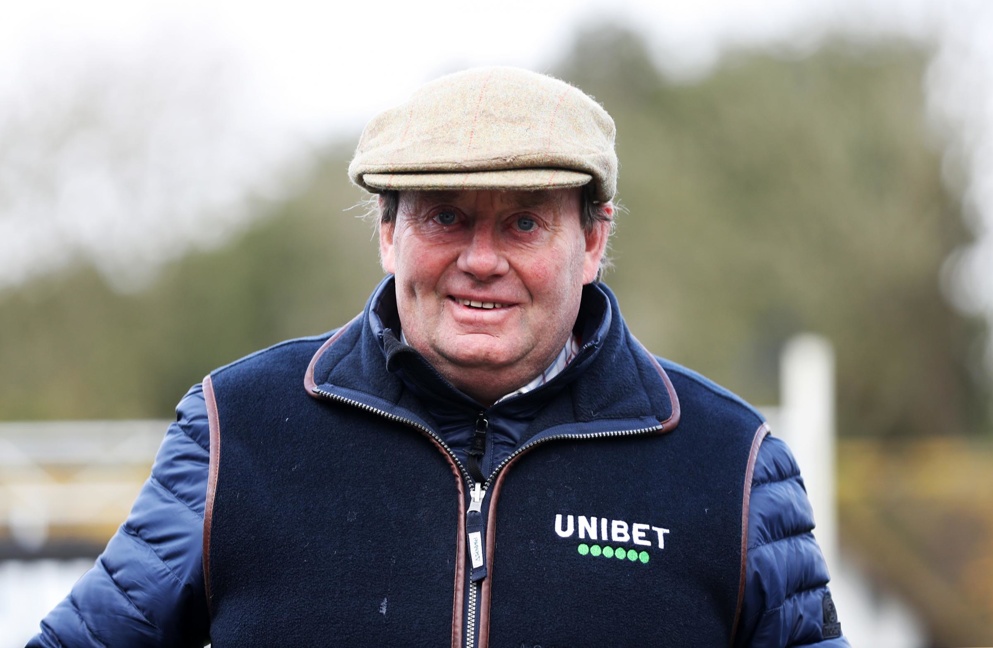 For many it will be a choice between Willie Mullins’ Sir Gerhard and Dysart Dynamo or Nicky Henderson’s Constitution Hill when the 2022 Cheltenham Festival gets underway on Tuesday but don’t sleep on another of Nicky’s stable as expensive purchase Jonbon is also set it make it to the start line for the Supreme Novices’ Hurdle.

We’ll start with Constitution Hill as the five year-old is coming off back-to-back wins by 14 and 12 lengths respectively.. His last run was on the 8th of January as in the Grade 1 Tolworth at Sandown Park where even as a very short 2/5f - he was extremely impressive. He travelled strongly throughout before taking the lead two jumps out and keeping on and pulling away from Jetoile, who didn’t exactly slow down. It was all about the pure speed and stamina from the winner. A lot to like about Constitution Hill.

Now onto Jonbon who was a mammoth £570,000 purchase by JP McManus as the legendary owner opened up his chequebook for the brother of eight-time Grade 1 winner Douvan. That huge investment though has paid off in his early career with five straight wins and a longest starting price of Evens in a Grade 2 at Ascot back in December. This will be the first time he’s going to go off as odds against and not the clear choice. This could be a bit of sneaky value and Nicky Henderson has a tremendous chance with one of these two to open his 2022 Festival account.

In the Champion Hurdle it will take a brave punter to bet against Honeysuckle but if you are willing to look past the short-priced favourite then Henderson has Epatante who isn’t the worst bet on the card. This eight-year-old won the race back in 2020 but came third last year. He’s two from two so far this winter but taking down one of the most fancied horses of the four days is a tall task.

His fourth shot of the day is Marie’s Rock who missed the Festival last year as she had wind surgery. She goes in a relatively wide open Mares’ Hurdle but should be considered as the most unlikely winner for the trainer on Day 1.

#AD New UK, IE & Malta users only. Min. £10/€10 first deposit only using Debit Card or Trustly. Free bets expire in 90 days. T&Cs apply.
get offer
Bet £10 Get £30 In Free Bets
#AD 18+. Play Safe. New customers using Promo code H30 only, Min £10/€10 stake,  min odds 1/2, free bets paid as 2 x £15/€15, free bets credited after  settlement of first qualifying bet, free bets will expire 30 days after  the qualifying bet is placed, payment method/player/country restrictions apply.
Welcome Offer
#AD Bet £10 & Get £50 in Free Bets for new customers at bet365. Min deposit requirement. Free Bets are paid as Bet Credits and are available for use upon settlement of bets to value of qualifying deposit. Min odds, bet and payment method exclusions apply. Returns exclude Bet Credits stake. Time limits and T&Cs apply.
Bet £10 Get £30 Free Bets + £10 Casino Bonus
#AD Minimum deposit of £10 using deposit code 30F - A qualifying bet is a ‘real money’ stake of at least £10 placed on any sports market - Minimum odds of 1/2 (1.5) - Free bets credited upon qualifying bet settlement and expire after 7 days - Free bet stakes not included in returns - Casino Bonus must be claimed within 7 days • To withdraw bonus/related wins, wager bonus amount x40 within 14 days • Wagering req. vary by game • Withdrawal restrictions and Full T&C’s apply. 18+ begambleaware.org
Bet £10 Get £60 in Bonuses
#AD New UK customers only. Register using the promo code BETFRED60, deposit and place first bet of £10+ on Sports (cumulative Evens+) within 7 days of registration. First bet must be on Sports. £20 in Free Bets to be used on Sports, £10 in Free Bets to be used on Lotto and 50 Free Spins (20p per spin) credited within 48 hours of bet settlement. Further £20 in Free Bets credited 5 days after settlement. Bonuses have a 7-day expiry. Payment restrictions apply. SMS verification and/or Proof of I.D and address may be required. Full T&Cs apply.
100% Up To £50 Welcome Bonus + 25 Spins
#AD 18+ begambleaware.org; New bettors get 100% of deposit up to £50; Once per household; Min deposit £15 (no Skrill/Neteller); Wager a total of 8 times deposit + bonus, with max qualifying bet stake equal to your initial bonus amount; Bonus expires after 60 days; Min odds of 4/5 on singles, or 2/5 per leg for acca; Some bet types excluded; Free spins validity: 7 days; Free spins max. winnings = £100; See full terms; Terms apply.
Bet £20 & Get It Back As CASH If It Loses
#AD New customers only. Place your FIRST bet on any Horse Racing market and if it loses we will refund your stake in CASH. Max refund for this offer is £20. Only deposits made using cards will qualify for this promotion. T&Cs apply.
Money Back As Cash Up To £20
#AD Max £20 refund on first bet. Bet must be placed in first 7 days of account opening. Only deposits made via Debit Card will be eligible for the promotion. T&Cs apply. 18+ begambleaware.org
Get £36 In Free Bets
#AD Offer includes a free £1 Race Index spread bet to try out our exciting 50-25-10 race markets. Bet with live streaming on all racing and greyhounds! Place a qualifying £25 fixed odds bet at odds of 1/2 or greater. Qualifying bet cannot be placed in-play or cashed out early. A first free £5 fixed odds bet will be credited upon settlement of the qualifying bet. 4 x following £5 free fixed odds bets will be added to your account on consecutive days. BeGambleAware.org. 18+. T&Cs apply
Bet £10 Get £20 In Free Bets
#AD Min stake £10. Min odds 1/2 (1.5). First bet only. Free bets expire in 7 days. Cashed out bets won’t apply. Payment method restrictions. Online UK customers only. 30 days to qualify for £20 in Free Bets. 18+. T&Cs apply
£25 Free Bet + 10 Free Spins
If your account has Sportsbook losses at the end of your first day's betting, QuinnBet will refund 50% of your losses as a Free Bet up to £25 (min 3 bets) Plus 10 Free Spins on Asgard Warriors. Even if your account is up, you're guaranteed a £5 Free Bet Plus 10 Free Spins provided you place at least 1 bet of £10 or greater at the minimum odds. T&Cs apply | 18+ New UK Customers Only | BeGambleAware.org
Latest racing results
Fairyhouse
19:30
Full Result
1stLexington Dash
13/2
2ndIs That Love
16/1
3rdComfort Line
17/2
Kempton
19:20
Full Result
1stCabrakan
8/1
2ndMille Miglia
14/1
3rdAnatomic
11/5F
Bath
19:05
Full Result
1stMillion Reasons
6/1
2ndUbahha
7/4F
3rdThegreyvtrain
7/1
View All Today's Results