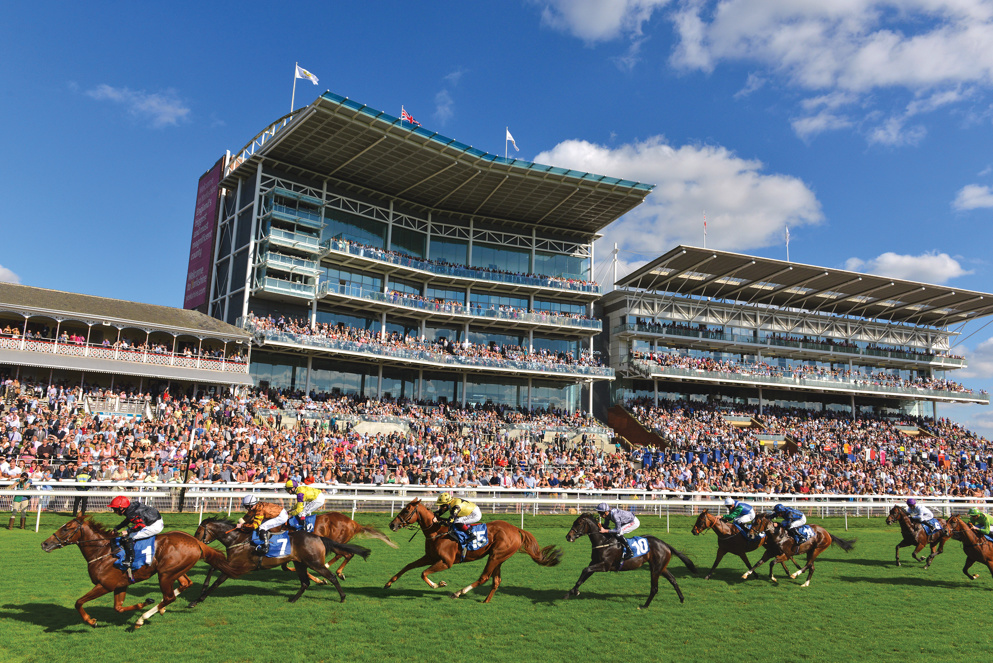 Check out the latest odds for the Nunthorpe Stakes here.

James Tate's unbeaten Royal Aclaim is one of the star names among the 17 horses entered for the Group 1 Nunthorpe Stakes, which takes place on Friday afternoon on day three of the Ebor Festival at York racecourse. We take a look at the entries for the 5f sprint here and look at the latest odds...

Last seen bounding to a mightily-impressive two-length win in a Listed event at York last time out, the fast-improving three-year-old Royal Aclaim will return to the Knavesmire on Friday to try and claim a first Group success, and duly enhance her already impressive record to four wins from four starts. The lightly-raced daughter of Acclaim has shown tremendous speed during her fledgling career, but this is sure to be a huge step up in grade, but the bookmakers believe it shouldn't be a problem for her as she is the current red-hot 6/4 favourite to land the coveted sprint prize.

Not since 2007 when Kingsgate Native bounded to Nunthorpe glory as a two-year-old has a juvenile struck in this event, but Richard Fahey has opted to supplement the hugely exciting youngster The Platinum Queen, who is a 3/1 second favourite, and the daughter of Cotai Glory heads to York on the back of a fine win at Goodwood. With only 8st to carry and in receipt of heaps of weight from her rivals, this exciting sprinter certainly has to be respected in a race that could be a little devoid of depth this season.

A sprinter proven at Group level is the Charles Hills-trained Khaadem, who was last seen bounding to victory in the Group 2 King George Stakes at Glorious Goodwood, and that charge will now aim to strike in Group 1 company, and is 10/1, while last year's runner-up and former Group 1 Sprint Cup winner Emaraaty Ana is another proven class act at a high level and at 16/1 could be of interest for punters.

Tim Easterby's Winter Power was victorious in this race 12 months ago, but she has struggled to replicate that performance in heaps of runs since, so is available at 16/1 to emulate the legendary Borderlescott, who won back-to-back renewals of the event. John Quinn's Highfield Princess produced a career best performance last time out in France when storming to victory in the Prix Maurice De Gheest at Deauville, and that Group 1 success is one of the best pieces of form heading into Friday's Nunthorpe, so if she takes her chance then the 12/1 currently available could be worth following.

Simon & Ed Crisford's Flotus is another filly on a huge incline as having finished third in the Commonwealth Cup at Royal Ascot, the daughter of Starspangledbanner (10/1) then went on to win a Group 3 event at York, so a return to the track should bring the best out of her, and she is another fascinating contender.

Of the others, Raasel (14/1) had his winning run come to an end as he was beaten by the abovementioned Khaadem in the King George Stakes at Goodwood, but having finished second that day he continued to show that he can perform to a high level in decent sprints, while the likes of Dragon Symbol, Lazuli and Ebro River are another classy trio of entries that could take their chance on a mouth-watering third day of the Ebor Festival.