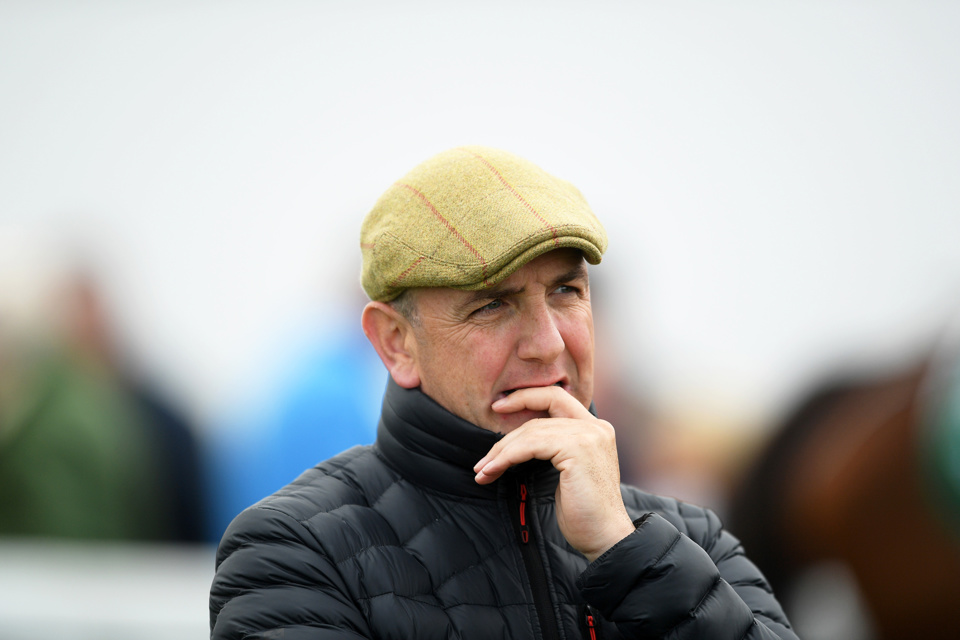 The decision to award the Fergal O'Brien-trained Imperial Alcazar a victory at Cheltenham on New Year's Day was overturned on appeal last week.

Fergal O’Brien has revealed that he has plenty of sympathy for the stewards at Cheltenham, following the decision to overturn the demotion of Protektorat on New Year’s Day.

The Gloucestershire-based trainer is enjoying a stellar season so far, sitting just one winner shy of his total number of winners for last season (48), and that figure momentarily stood at 49 following the stewards’ controversial decision to reverse the placings in the listed Ballymore Novices’ Hurdle.

The horse who was first past the post, the Dan Skelton-trained Protektorat, was deemed to have interfered with O’Brien’s Imperial Alcazar at a crucial stage, and although that decision has now been overturned on appeal, O’Brien was philosophical about the outcome.

He told the Jumps Racing Podcast: “It was one of those things. It was a bit like penalties in that you win some and you lose some, and I think the stewards on the day had a hard decision to make. To be totally honest, on the day I thought we were very lucky.

“It wasn’t as black and white as it looked, and they had to make a decision in the space of a few minutes.”

He added that while he certainly felt that there was a case to be made in favour of Imperial Alcazar, he accepted the outcome of the appeal; “We went down to Holborn and had a very fair hearing, when we saw four or five different angles that nobody else has seen, and from my point of view Paddy Brennan definitely stopped riding momentarily.

“If we had the rail, which he rode to get the rail, then we definitely would have won. But it’s one of those things, we didn’t get it today, but we might get it another day.”

O’Brien was quick to look ahead to the spring festivals, for which he has a few nice types, including Imperial Alcazar.