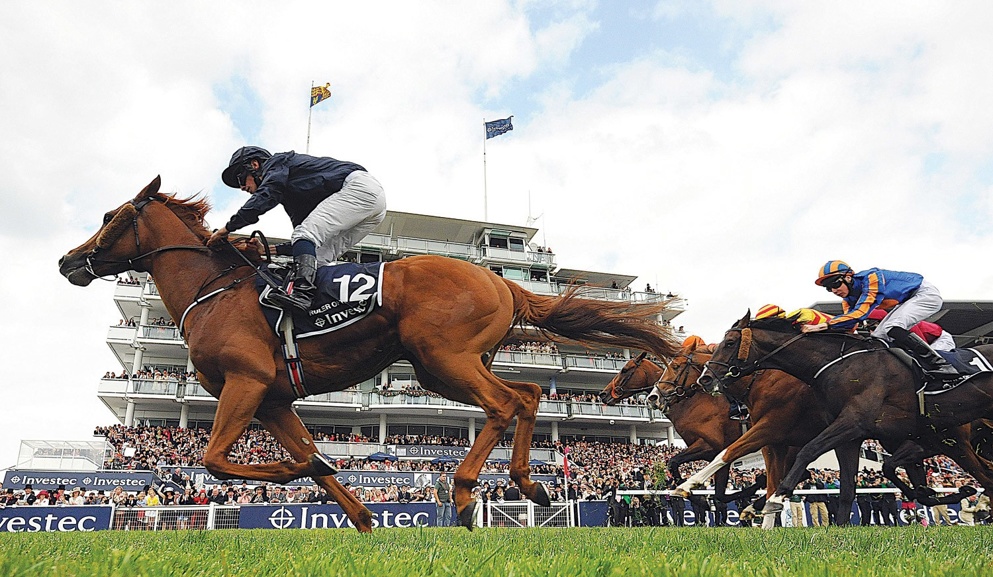 Eight fillies will line up for the 2020 Epsom Oaks.

We take an in-depth look at the eight runners for the 2020 Oaks, which will take place behind closed doors on Saturday afternoon...

Unable to get her head in front as a juvenile, Peter Chapple-Hyam's Bharani Star finally broke her maiden tag on her first start this season, when winning at Haydock last month. The daughter of former Epsom Derby hero Sea The Stars was part of a dead-heat in that Haydock event, but it still gave Chapple-Hyam the confidence to up her in grade, and she put up a creditable effort when fourth behind Frankly Darling in the Ribblesdale Stakes at Royal Ascot, when sent off a 100/1 outsider.

A narrow winner at Leopardstown on her second start, Ennistymon was sent to Royal Ascot on her third career outing, where she lined up in the Ribblesdale Stakes. No match for impressive winner Frankly Darling, the daughter of Galileo was the best of the rest as she stayed on eye-catchingly to claim second spot. The stiff mile and a half at Epsom could see her flourish further, and she is one of the primary shots fired by the Aidan O'Brien gun.

A facile, five length winner of a Newcastle maiden at the start of last month, Frankly Darling was then sent to the Ribblesdale Stakes by trainer John Gosden, and the daughter of Frankel made a huge impression as she scooted clear of the field in the final couple of furlongs to claim the coveted Group 2 prize. A blistering turn of foot that day put the race to bed in the matter of a few strides, and Frankie Dettori wasn't forced to get too tough in the saddle. There could be a lot more to come on the track, and she is one of the standard setters.

A once-raced juvenile that propelled into the Oaks picture on her first start as a three-year-old, as Gold Wand was an impressive winner of a Newbury maiden. This will be a huge step up in grade for the Roger Varian-trained daughter of former Epsom Derby hero Golden Horn, but Varian is sure to improve his filly immeasurably for a tilt at the Oaks, and she is arguably one of the most eye-catching challengers to the favourites at a double figure price.

A busy juvenile campaign saw Love reign supreme in the Moyglare Stud Stakes at the Curragh, but that Group 1 victory was surpassed by her comeback performance, where she stormed to victory in the 1000 Guineas at Newmarket. Sent to the front in the final few furlongs by Ryan Moore that day at Flat HQ, Love was dominant over a mile, and shaped like there was more to come when upped in trip. Now tackling 1m 4f for the first time, Love has all the makings of the next starlet off the Aidan O'Brien production line, and she is arguably the one they all have to beat.

A rather low-key juvenile campaign saw Passion win only once in three races, but she appears to have blossomed over the last few months, and is an intriguing contender. She produced a career best when finishing third to Frankly Darling in the Ribblesdale Stakes, and O'Brien is sure to continue to improve her as the season progresses, so while she may not have the proven class her stablemate Love has, Passion could be a lively each-way player.

Handed the stiff task of tackling Quadrilateral in the Fillies' Mile at Newmarket at the back end of last season, Queen Daenerys was unable to land a blow in that Group 1 event, but the Roger Varian-trained daughter of Frankel showed significant promise in her first start as a three-year-old. Second to Run Wild in the listed Pretty Polly Stakes at Newmarket, Queen Daenerys should enjoy the step up in trip to 1m 4f, and could be open to significant improvement in the Oaks.

A winner at Newcastle on debut as a two-year-old, Tiempo Vuela was not seen again last season, but made her reappearance in the aforementioned Pretty Polly Stakes at Newmarket. Finishing behind Queen Daenerys, John Gosden's filly was a well beaten seventh, and she will certainly be the Gosden second string here with Frankly Darling the obvious flagbearer for a stable that won the Oaks last season. This could prove a bridge too far for the daughter of Lope De Vega