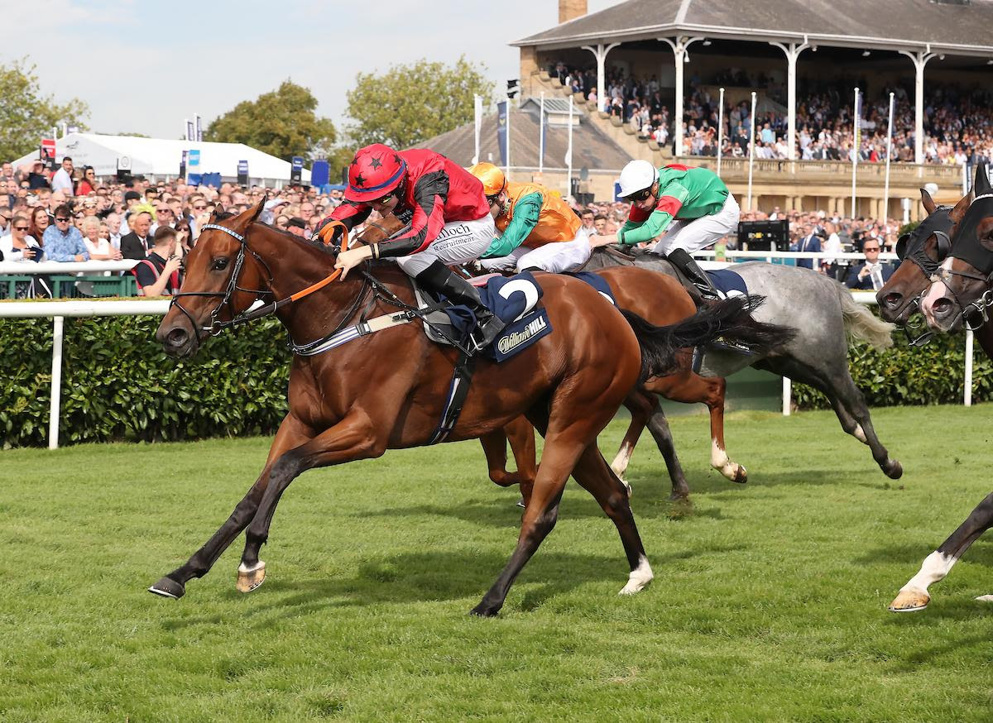 Oxted won the July Cup on his most recent outing at Newmarket.

Oxted will not take his chance in Saturday’s Group 1 Sprint Cup after failing to impress with a piece of work, his trainer Roger Teal has confirmed.

The four-year-old has improved at a rate of knots so far this season, winning the Group 3 Abernant Stakes on reappearance at Newmarket in June, before sealing a first Group 1 success on his most recent start in the July Cup.

Oxted provided his jockey Cieren Fallon with his first top level success, and he was a 7/2 favourite for the Haydock contest before the news. However, Teal didn’t want to send his star without assurance that he would be in top form, and has reluctantly taken the decision to pull him out as a consequence.

He told the Racing Post: "I'm not going to run Oxted and wanted to let people know as soon as possible. He just worked below par this morning and with the ground being on the easy side I don't want to risk him. I'd rather wait for Champions Day at Ascot.

"We're waiting on some blood tests because he didn't work his normal self this morning and you want to be 100 per cent sure you're firing on all cylinders going into a race like that.

"Everything was fine before today, but you know what horses are like.

"I've made the first entry stage for Ascot, which will be our next target. Unfortunately these things happen and we were delighted with him over the weekend, but today we weren't.

"We'll wait on those results, but he's good at telling us things and you've got to listen to the signs. If we ignored them and he disappointed on Saturday we'd be kicking ourselves."

The biggest victory in the career of @RogerTealRacing, and what about the jockey - still a claiming apprentice, and a Group 1 winner on his just his second ride at the highest level! @CierenFallonJr https://t.co/BsDviF5hzC