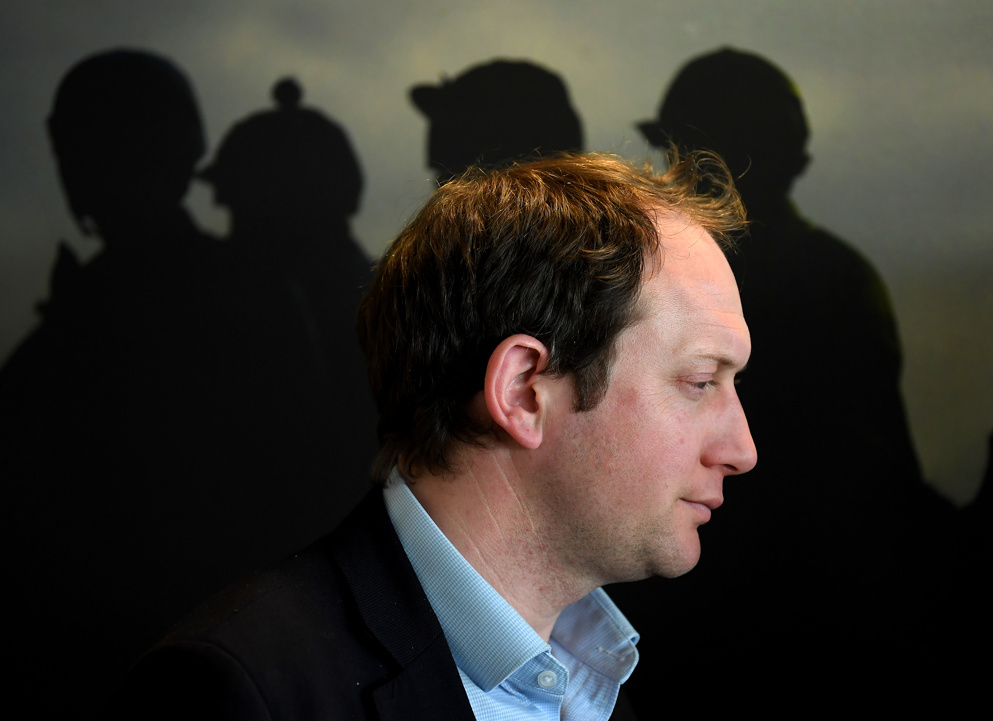 Both Ben Pauling (pictured) and Harry Whittington have live chances in the Arkle Trophy.

Ben Pauling and Harry Whittington have both provided positive updates about their respective chances for the Arkle Trophy in a fortnight's time when speaking to the media at a press event at Cheltenham on Wednesday.

The market is currently headed by the Irish-trained pair of Notebook (11/4) and Fakir D'Oudairies (6/1), though the Grade 1 contest has a particularly open feel to it, and both Pauling and Whittington are hopeful of big performances from their charges.

Pauling will be represented by Global Citizen - a general 12/1 shot for the Arkle - who has been purposely kept off the track since winning the Grade 2 Wayward Lad Novices' Chase at Kempton in late December, and the trainer is confident his eight-year-old will arrive at Cheltenham in peak form.

He said: “He did a piece of work yesterday and we were very happy with that. He’s been laid out specifically to come here fresh because he’s best fresh, no injuries, nothing holding us up. We’ve had to be patient, but I think he’ll be spot on.”

He added that he held no doubts about Global Citizen’s suitability for the test provided by Cheltenham, saying; “He’s never actually encountered an undulating track when he’s been right, so who knows? He’s obviously very effective on a flat track but I’ll hold out the hope that he’ll produce the goods here as well.”

Wow! @benpauling1 has got his team absolutely flying again!

Global Citizen puts an ordinary run on his seasonal return well behind him with a swashbuckling all-the-way win under David Bass in the Wayward Lad Novices' Chase at @kemptonparkrace.

However, the two-time Cheltenham Festival-winning handler did issue a warning ground-wise regarding Global Citizen’s participation in the Arkle, noting that an Aintree Plan B was still in mind in case of torrential conditions; “I would love it if it was a bit quicker than soft - Kempton soft is different to here, and he’s definitely a horse who prefers it when he can bounce off the top. If it got really soft I’d maybe think again and swerve for Aintree, but at the moment, it’s very much the plan to go.”

Whittington’s Rouge Vif (14/1) was second behind Global Citizen in the Wayward Lad, but will also be arriving in the Arkle off the back of a Grade 2 win, after he took Warwick’s Kingmaker Novices' Chase earlier this month.

He said: “I think it’s quite open this year. It’s not going to be easy, there’s some tough opponents. My horse is in good form, he’s improved with every run. He needed a wind-op after he ran here in November so he had that, and the second run back, they always say, is the better run after a wind-op and he won the Kingmaker very well.

“I won’t be doing any fast work with him now, he’ll just tick over until the Arkle but he’s in good form and takes his racing well. Hopefully he goes there with a chance.”