Pinatubo 'very unlikely' to run in the Sussex Stakes 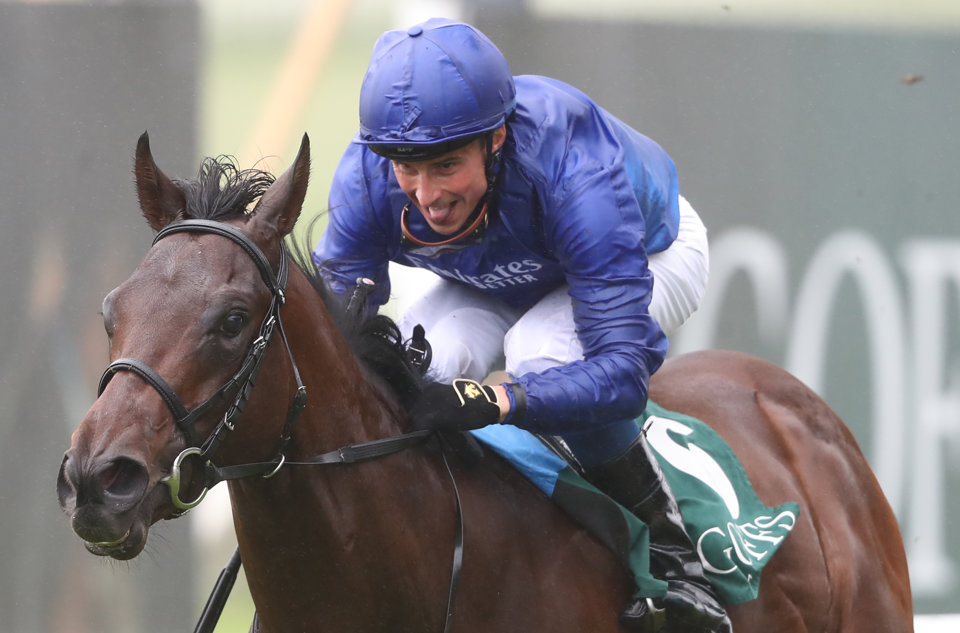 Pinatubo is highly unlikely to take his chance in the Group 1 Sussex Stakes at Glorious Goodwood later this month, according to his trainer Charlie Appleby.

Last year’s Champion Two-Year-Old suffered defeat on his first two outings of the season in the 2000 Guineas and the St James’s Palace Stakes last month - both of which were over a mile - but took advantage of the drop back to seven furlongs when returning to winning ways in Sunday’s Prix Jean Prat at Deauville.

It was a performance which delighted Appleby, but he warned that it was unlikely that his colt would head to Goodwood races for a potential rematch with Kameko in the Sussex Stakes.

He told the Nick Luck Daily Podcast: “I’m just delighted for him to get back on track with a Group 1 win back under his belt. It was a little bit of a rough race, but he showed his old attributes there.

“His acceleration is immense, and he saw it out well as we were confident that he would do dropped back to seven.

“I think now we’ll let the dust settle and regroup, but the horse deserves a bit of a rest. I was talking to his highness Sheikh Mohammed, and we said we’d just let things settle down for the next week, but it was very unlikely that we’d look towards the Sussex.

“Whether we go down the route of the Prix de la Foret, or we look at the Moulin, those may suit us better a little later on.

He added that he still felt Pinatubo can stay a mile in the right circumstances, and hinted that he could head to America for the Breeders’ Cup Mile later in the season;

“If we got the flat mile, I’m still confident he can see that out. In the Guineas it was end-to-end; they got racing from a long way out and I think it took its toll on the second and the third horse there (Wichita and Pinatubo) - and teed it up nicely for the winner (Kameko).

“Take nothing away from the winner, but we did get racing a long way out, and in the St James’s Palace Stakes it’s a slightly stiffer mile there and we’ve just been outstayed on the day by a class horse.

“Dropping back to seven (on Sunday), we were always confident that he would take a bit of beating. Of course people are going to say seven furlongs is now his trip, but I still think with an easy mile, we’d still be very competitive.

“The Breeders’ Cup Mile is of course on everybody’s lips. It’s a two-turn mile, and the only concerns we’d have is sometimes the ground can get quite testing, but he’s won on soft ground in the Dewhurst and he can get through it - so it’s a race we’d hopefully look towards, and work back from.