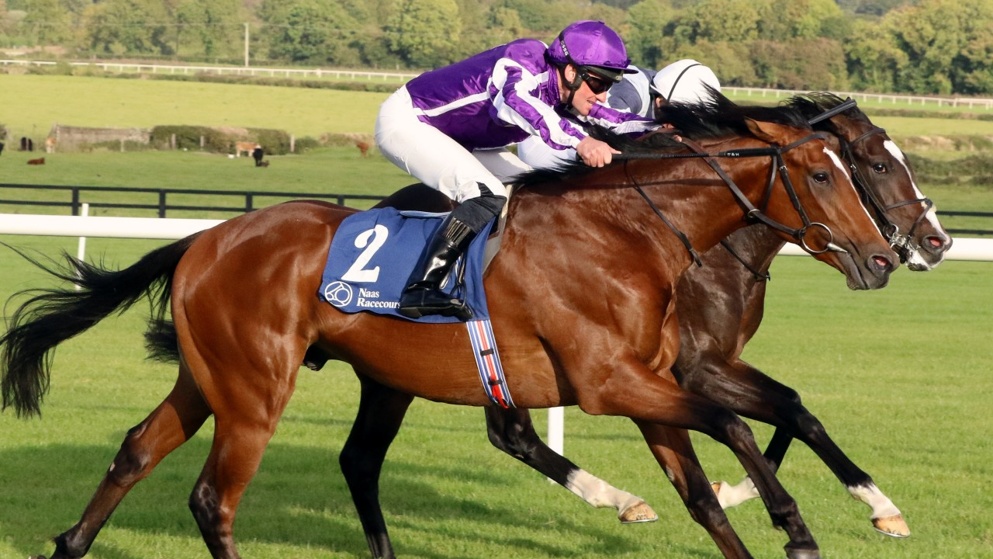 Japan is a warm order for the Prince Of Wales's Stakes at Royal Ascot.

Steve Chambers previews the 2020 Prince of Wales's Stakes, which sees a stellar field line up for the Wednesday Group 1 feature at Royal Ascot.

A multiple Group winner last season, Japan will be one of the primary shots fired from the Aidan O'Brien gun during Royal Ascot, and the four-year-old will be a red-hot favourite for the Prince of Wales's Stakes, which is the highlight of Wednesday's action at the behind closed doors Flat extravaganza.

Having put up a fine performance when third in the 2019 Derby at huge odds, Japan then went on to storm to King Edward VII Stakes glory at Royal Ascot, and the Galileo colt will attempt to emulate that success on his return to the Royal meeting. He followed up that Ascot success with a win in Group 1 company at Longchamp, while he proved a cut above his rivals in the Juddmonte International Stakes at York later in the season. Signing off with a creditable fourth in the Prix de l'Arc de Triomphe at Longchamp in his final start, Japan maintained a high level of form throughout the 2019 campaign, and if he can perform at the same sort of level next week, he has to be the one to beat.

Installed as a short-priced favourite for the Prince of Wales's Stakes, Japan will drop back to a mile and a quarter for the Group 1 contest - which could be the only stumbling block for punters. He has shaped as though a stiffer test could arguably see him at his best, so if the pace isn't fierce from the outset he could prove to be vulnerable to a speedier rival. So, while he could be the classiest horse in the race, there are questions on whether he will be seen at his best over the ten-furlong tip, and with that in mind, it could be worth taking him on with a bigger-priced contender.

Wow! Japan is a class apart as he wins the King Edward VII Stakes for Ryan Moore and Aidan O'Brien…

A winner of the 2017 St James's Palace Stakes at Royal Ascot, Barney Roy will be one of the premier adversaries to Japan, but the Godolphin-owned raider will need to show more sparkle at the royal meeting than he did 12 months ago. Sent off favourite for last season's Queen Anne Stakes, Barney Roy failed to fire on all cylinders and finished sixth behind Lord Glitters, and he will need to improve on that effort now stepping back up in trip.

Two Group wins at Meydan earlier this year show that the six-year-old can produce the goods at the highest level, but he is yet to taste victory on British soil since that aforementioned St James's Palace Stakes win three years ago, so while on his day he can prove to be a major player, it's the lack of consistency that casts a shadow over him, and he is one to ignore.

O'Brien has won this race three times before, and holds four of the 12 entries in the contest this time around. Japan will likely be the flagbearer for the Ballydoyle team, but he could have some notable second strings in support, and the classy mare Magical could be the one to watch. The five-year-old, who has returned to the training ranks after retirement plans were put on the back burner, was just touched off by Crystal Ocean in this race 12 months ago, and while she was also beaten by Enable in the Yorkshire Oaks and Coral-Eclipse, she showed her class when winning the Irish Champion Stakes and the Champion Stakes on British Champions Day.

In the latter event she got the better of Addeybb, who is set to take his chance in this event following a globetrotting campaign in Australia, which saw him claim some prestigious victories. A Group 1 winner at Randwick on his last start, Addeybb is a horse still improving, but he has something to find with Magical, who has often shown her best over 10 furlongs, and if Magical can replicate last season's fine second behind top-class performer Crystal Ocean, then she could well be the value play against her stablemate, Japan, and is certainly the each-way certainty of the field.

Meanwhile, Roger Charlton's Headman was comfortably beaten by Magical when they met in the Irish Champion Stakes at the back end of last season, so he would need to improve to reverse that form around, and he's also entered in the Queen Anne Stakes on the opening day of Royal Ascot.

Recent Brigadier Gerard Stakes winner Lord North is another contender entered for the Queen Anne next Tuesday, but having showed a fine display over this trip in the Brigadier Gerard, the former Cambridgeshire winner could well take his chance here, but despite showing he is in decent form, this is a major step up in grade, and he could just lack that bit of class needed.

John Gosden's Terebellum impressed when winning the Dahlia Stakes at Newmarket earlier this month, but will need to improve immeasurably from that run, while Andrew Balding, whose stable are in fine form after winning the 2000 Guineas with Kameko, will saddle Fox Tal - who is another that may just not make the grade. It seems likely that the O'Brien team will claim more Group 1 success here to follow on from their 1000 Guineas win, but could it be that Magical guns down her stablemate Japan in a thriller?