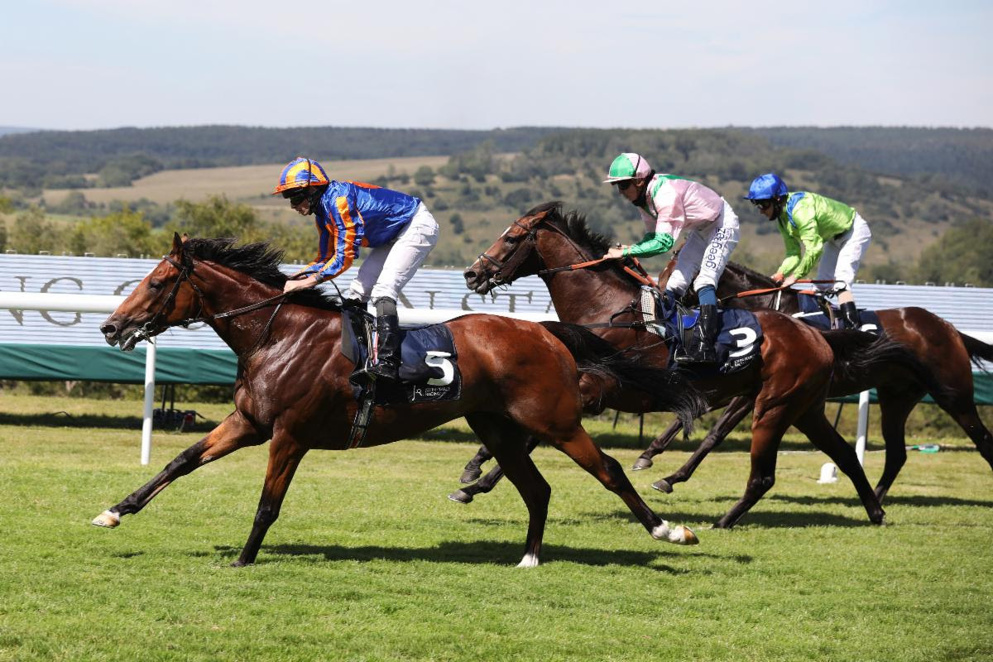 Nick Seddon profiles Mogul, who will take his chance in the Prix de l'Arc de Triomphe on the back of a notable course and distance success...

As a son of Galileo and a half-brother to last year's International Stakes winner Japan, Mogul has long been held in high regard, and it didn't take him long to prove himself to be a smart performer as a two-year-old; winning the Group 2 Champions Juvenile Stakes at Leopardstown in September 2019, before hitting the frame in the Futurity Trophy at Newcastle.

Big things were expected of Mogul as a three-year-old, though he disappointed on reappearance as an odds-on favourite for the King Edward VII Stakes at Royal Ascot, finishing fourth behind Pyledriver. However, his connections clearly think highly of him, and he was the choice of Ryan Moore for the following month's Epsom Derby, when sixth in a muddling renewal.

Mogul is capable of smart form when everything comes together, though, as he showed when winning the Group 3 Gordon Stakes at Glorious Goodwood. He showed stamina aplenty when seeing out the trip really well that day, but was ruled out St Leger contention soon after, when only able to finish third in the Great Voltigeur Stakes at York.

Mogul has yet to face his elders, but he proved himself to be one of the leading of the lights of this year's classic generation when winning the Group 1 Grand Prix de Paris over course and distance earlier this month. He defeated a smart field that day, and bearing in mind that the going for the Arc is likely to be testing, he will be dangerous if handed a strong pace to aim at.

Proven in Paris: It was difficult not to be impressed with Mogul's effort to win the Grand Prix de Paris earlier this month, when he showed a good change of gear to pull clear of the field in the closing stages, and quickly put the race to bed. Having proven form at Longchamp is undoubtedly a bonus, and he will have nothing to fear here.

Born for this: Mogul has long been held in high regard by his connections, and that's mainly down to his top-class pedigree. Indeed, the son of Galileo is related to several winners, including being a full-brother to last year's fourth Japan, and he could certainly find more improvement in this kind of environment.

Stamina: While Mogul is untried over further than a mile and a half, it seems likely that he would get further if required, judged by the way he ran all the way to the line when winning at both Goodwood and Longchamp. He was a leading fancy for the St Leger for a good chunk of the campaign, and while he's never faced soft ground, a case could be made that particularly testing conditions - coined with a strongly-run affair - could well play into his hands.

Inconsistency: There's no doubt that Mogul has the potential to mix it with the very best when he's on song, though he's been rather hit and miss this term. Indeed, wins at Glorious Goodwood and Longchamp have been sandwiched inbetween occasions where he's rather failed to meet expectations, and he will need to bring his A-game to Paris if he is to have any hope of causing an upset.

Needs more: Mogul has shown that he's capable of some very smart form, though it's still short of the form shown by the average Arc winner. He'll be facing his elders for the first time here, and he will likely need a career best effort if he is to come out on top.

How will Mogul fare in the 2020 Prix de l'Arc de Triomphe?

Punters are entitled to feel rather lukewarm about Mogul, bearing in mind that he's failed to justify favouritism on a couple of occasions this term. He has shown some smart form in the right environment, though, including over course and distance earlier this month, and there's a feeling that he still has some untapped potential when you bear in mind his top-class pedigree. This environment up against his elders for the first time will give him the opportunity to take his form to the next level, and while he's unproven in testing conditions, a test of stamina could certainly suit. He tends to make his move towards the end of his races, and provided there's a strong pace for him to aim at - which could well come from one of his stablemates - Mogul has to be considered as a lively each-way danger for the Arc.